A moving, labile, bike lane projected on the road

Cyclabile is an experiment about showing a moving bike lane on the road: the image moves according to the bike movement, producing the effect of riding on an actual bike lane, even when there isn't one.

The effectiveness of projecting an image on the paving instead of using a traditional light can be argued, of course.

For now the project purpose is more about having some fun and making a statement (there should be more bike lanes) rather than building an actual usable product.

The prototype has been developed with a BeagleBone Black and a USB projector supported by libam7xxx because I already had those around, however if I were to start from scratch I would use a Raspberry Pi and a HDMI pico-projector, which would make the software side more flexible (graphics acceleration, no need for display-dependent code), or even a wireless projector and a BLE sensor connected to a smartphone.

The source code of the prototype is at https://git.ao2.it/experiments/cyclabile.git/.

A keypad makes it possible to adjust some parameters to correct the keystone effect caused by the projection not being perpendicular to the ground: 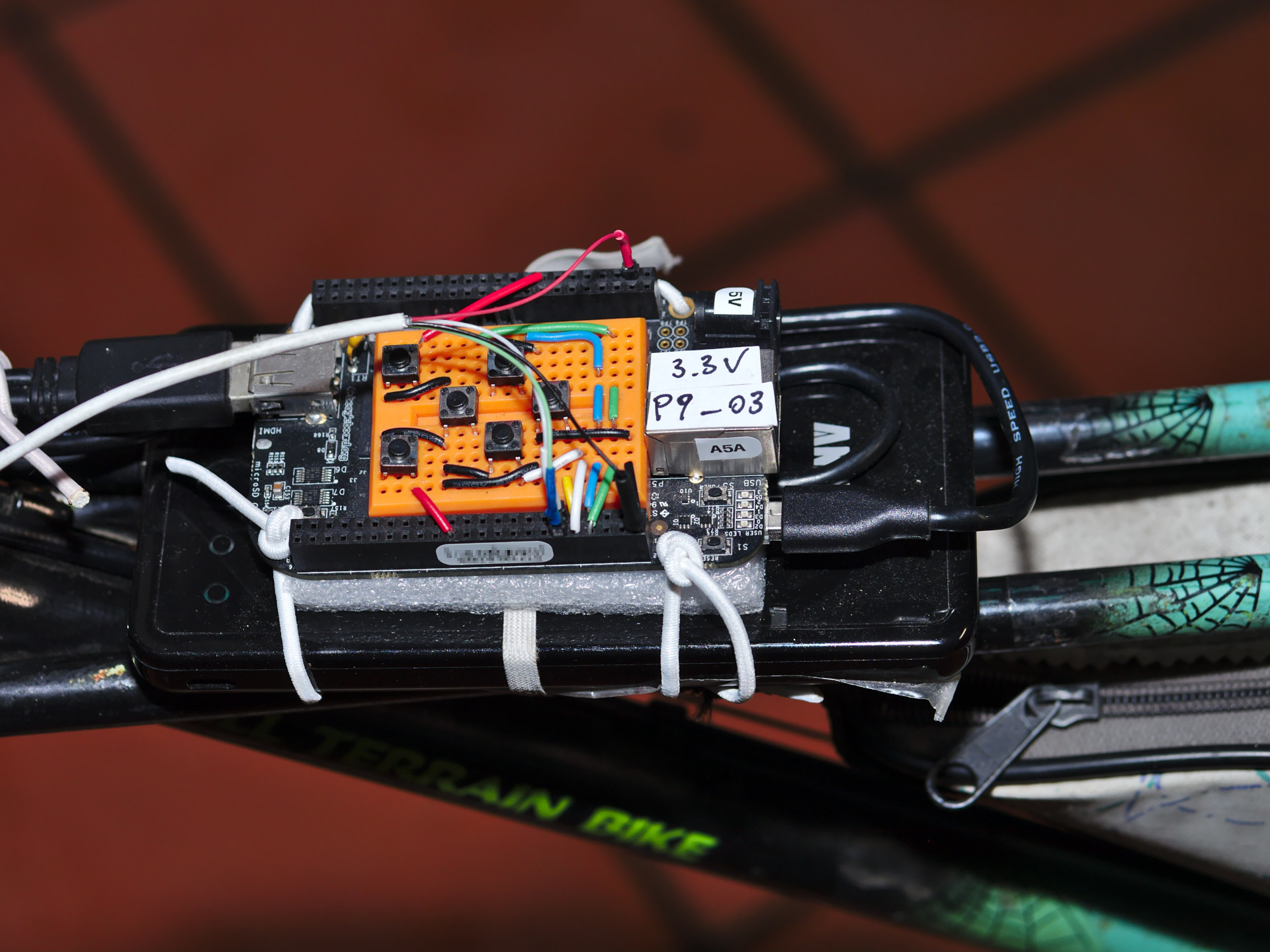 A reasonably precise rotary encoder, with a support to mount the magnets on the front wheel of the bike, detects movement at very low speeds. 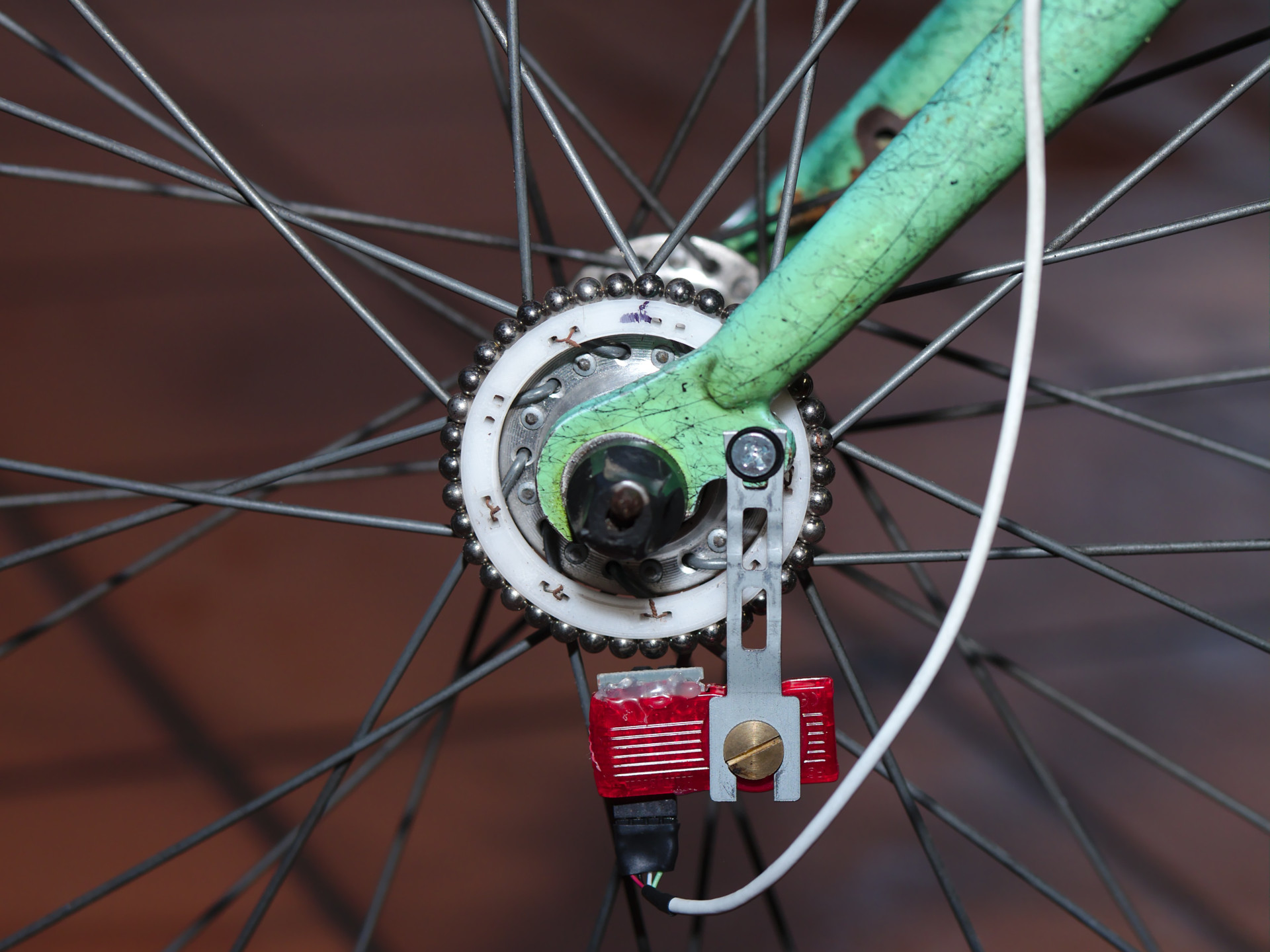 Here are some more pictures of the build: 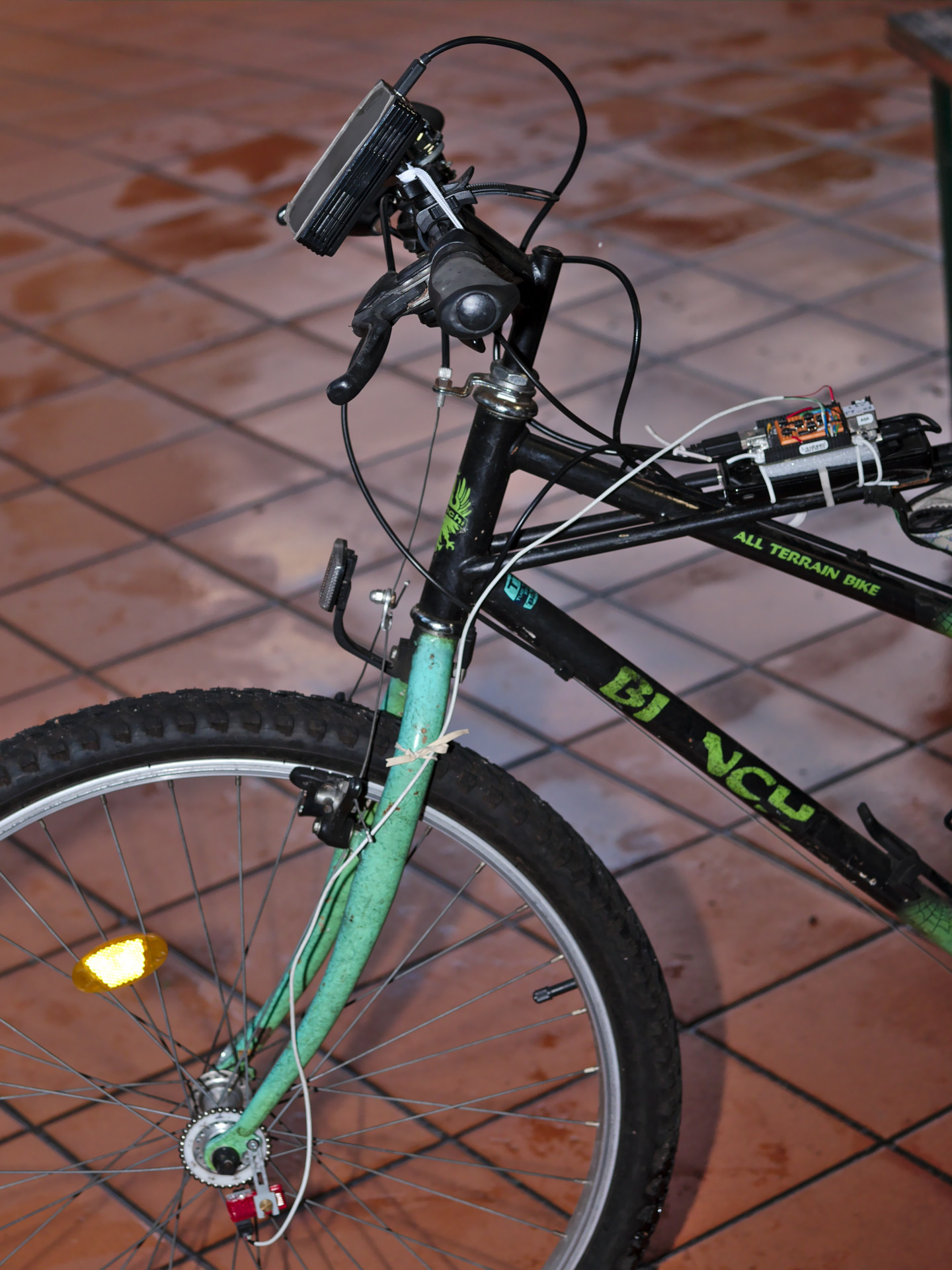 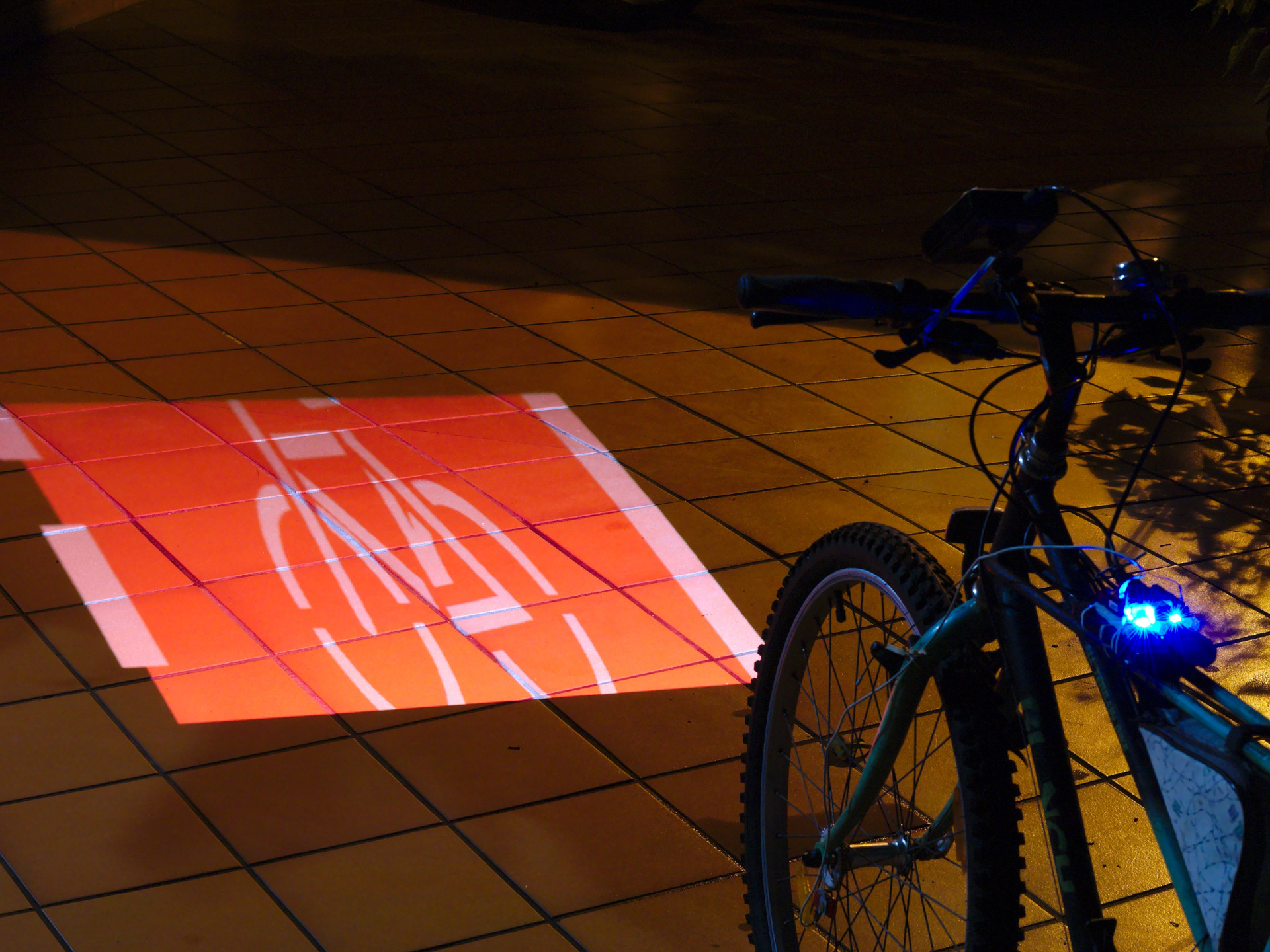 I am aware that there are similar projects around, but I guess what Cyclabile tries to accomplish is to make the scrolling of the projected image more realistic, to recreate the effect of a real bike lane.

"Safety First" is an art installation by Vladimír Turner and Ondřej Mladý very much in the spirit of Cyclabile.

The difference is that Cyclabile is more portable and more interactive, the bike lane moves depending on the bike movement while "Safety First" used a video recording in a fixed loop.

This is more generic, it's used to display info on the road, not specifically a bike lane.

A laser bike lane, it projects a static image.