A project log for Blink An LED Entry: BlinkIR

My entry for the Mouser and MacroFAB Blink An LED competition. Blinking modules that interact with each other.

Even though the competition has ended I want to finish this project it has been a bit of a whirlwind to get everything in place on time.

So what has happened since the last post of the boards arriving:

- Made an initial unit up on Monday 10th September. The outcome was amazing I managed to program the onboard ATTiny10 via the programming testpoints I had left on the bottom of the PCB. 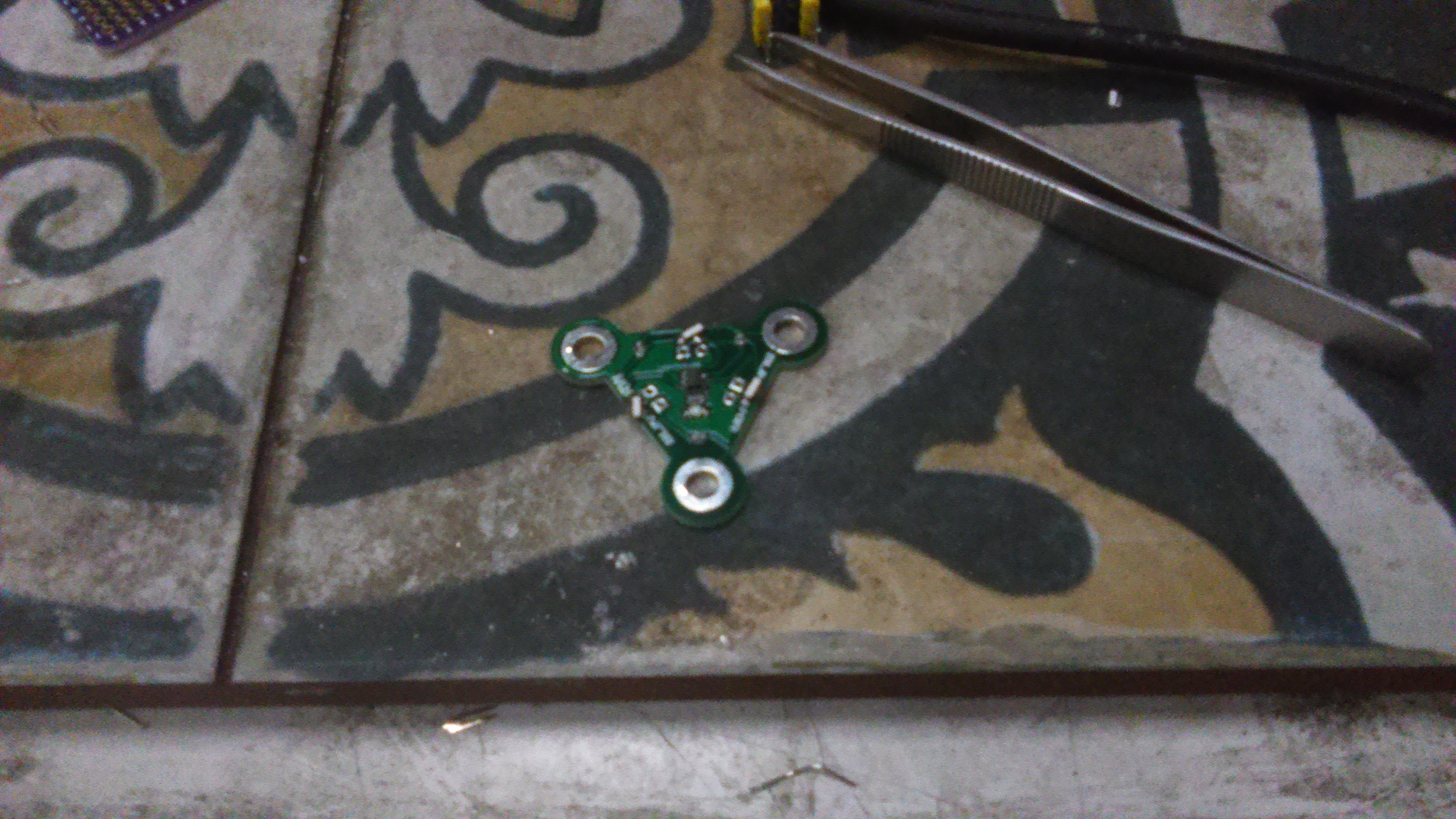 I used a solder paste dispenser and the placed the components by hand.

I re-purposed a programming jig that I had used for another job and an AVR-ICE debugger to write the firmware to the badge.

Things to note is that the ATTiny10 will only flash at 5V+ and that not all the avr programming hardware supports the TPI interface used on the Tiny10. (for example the AVR Dragon doesn't support it).

To my joy the blue led on the the BilnkIR started to blink as expected.

It only needed a few firmware tweeks I had two pins the wrong way around and the IR send leds where Active LOW instead of active HIGH, so few seconds to do a bit swap and it was time to build more.

I used a laser cutter to create Mylar stencil so I could make up 6 more units.

I managed to get them programmed and blinking but would they blink together ?