Yesterday I had another specimen of the prolific cheap LM2596 based "buck converter with voltmeter" in the mail, and it's actually worth writing about! 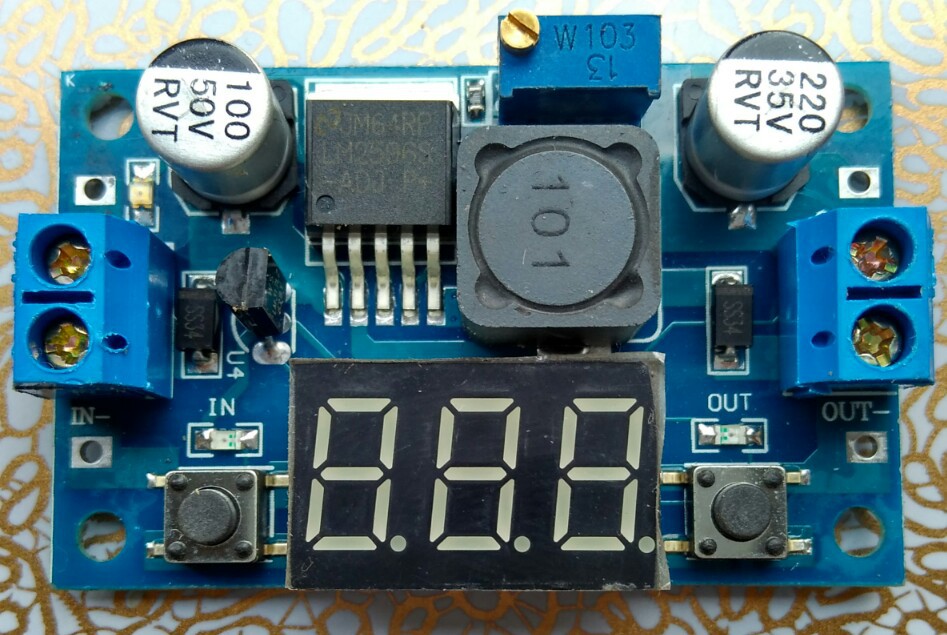 The first obvious thing, already visible on the vendor's pictures, is that the 7S-LED display nicely covers the voltmeter part including all the passive components.

Underneath the LED display we find this nice arrangement: 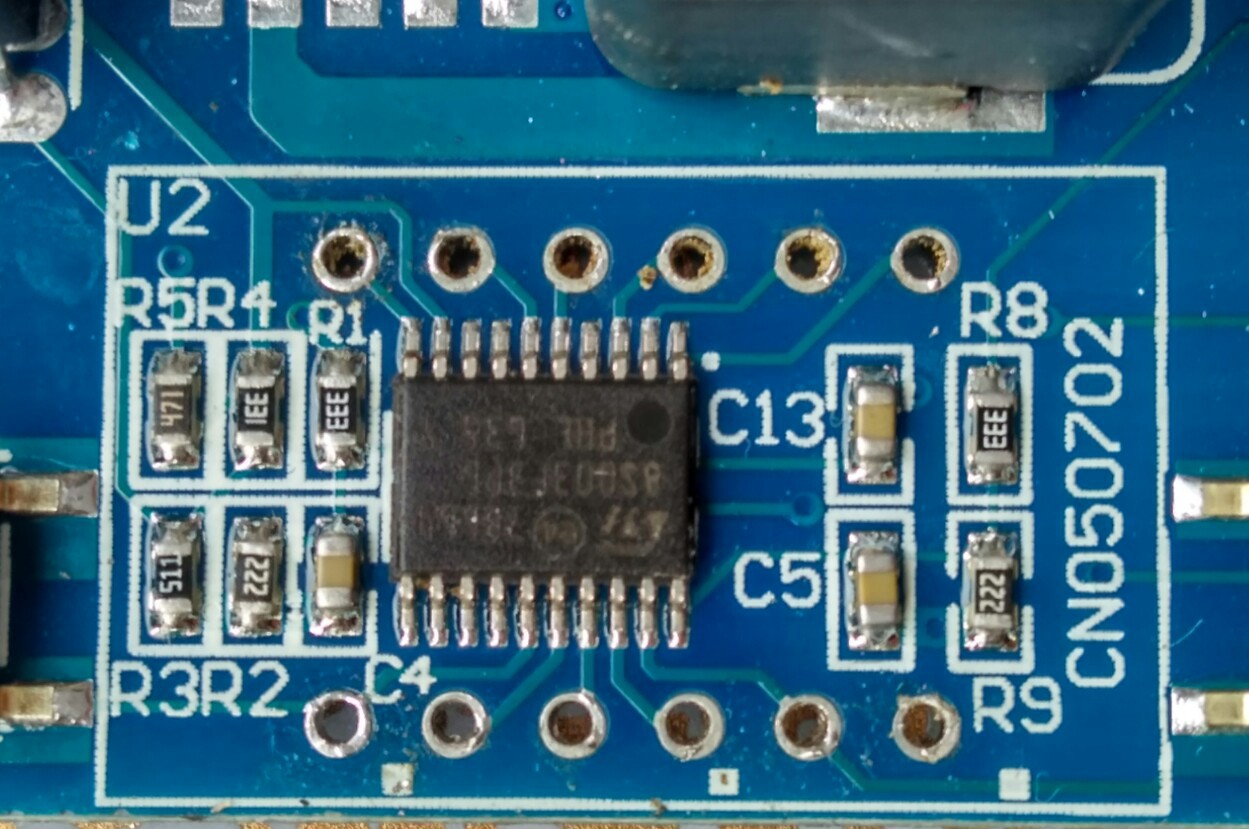 PC3 is connected to LED "in", and PB4 to LED "out" without current limiting resistor (the same as the 7S-LED display). Like in the first variant, the "design" relies on the limited current driving capability, and on the surprising robustness of the STM8S outputs. The LED power dissipation is limited by a 4% duty cycle (there is a risk of accelerated degradation). R5 is connected to the green power LED.

Isn't there anything else missing? Yes, a bypass capacitor for the STM8S003F3P6 - there is none!

So, if you ever had any doubt about the robustness of the STM8S: it's unfounded. It will tolerate circuit bending practices on a mass production scale ;-)


I first assumed that the GPIOs used for the 7S-LED display are the same but they're not since the STM8S003F3P6 is rotated by 90º with respect to the first variant.

Although the LEDs "in" and "out" are now connected to dedicated GPIOs, the keys are still connected to segment LED outputs (PC5/SegE and PD2/SegG), this means that the display should be blanked during a key-press. It would have been really easy to use PB5 for reading the keys but it was left unconnected.


As mentioned in my last post there is a thing I learned about the STM8 ICP interface: it will work without the NRST pin if SWIM hasn't been disabled in software or in the configuration bits. This means that one can get Forth onto it without soldering (PD1/SIM is connected to Pin4 of the LED display)! It will only work one out of three times, but that's OK for our needs, and once we have a Forth console we don't need the NRST anymore.

Now, what can we do with it this knowledge?

Controlling a DC motor or a hydraulic valve solenoid with this variant of the "DC/DC converter with voltmeter" module appears to be very feasible.

Who said that a piece of electronics with a horrible design can't be turned into something useful? I hereby put this $1.52 gadget on "strong buy" ;-)

I don't plan to support the first variant of the board as it lacks LED GPIOs that can be easily repurposed. So, if you want to buy one, better make sure to get this second variant (not the one in the first post). On AliExpress search for "LM2596 DC 4.0-40 to 1.3-37V Adjustable Step-Down". I've seen a green and a blue variant, and both are easy to identify (LM317 as TO92, many passive components hidden under the 7S-LED display).

Edit1: some corrections on the circuit, and more details on the used GPIOs

Edit2: I've got the main parts of the board working. The GPIO initialization code in boardcore.inc is as follows:

Edit3: more corrections, some more details. I pondered how to best control the LM2596. My idea is to synchronize Timer1 with the LM2596 switching oscillator, and to use the PC3 PWM duty cycle to control the feedback loop. It can't be much worse than the B3603.

Getting shared GPIO serial right, and other nuts to crack