You don't have to tap a screen or press a button for your electronic dice fix, roll one of these and get the results anywhere!

It has been a long time since my last update on this project, and many things have happened. After not working on this for awhile because of work and other things, my friend told me about a Startup Weekend Hackathon at UMass Dartmouth. I pitched the Infinity Dice idea, and was able to build a team around it. That weekend, we build a working prototype using a mish-mash of parts and a Taz4 3D printer (my first time using one, it didn't come out the best...) 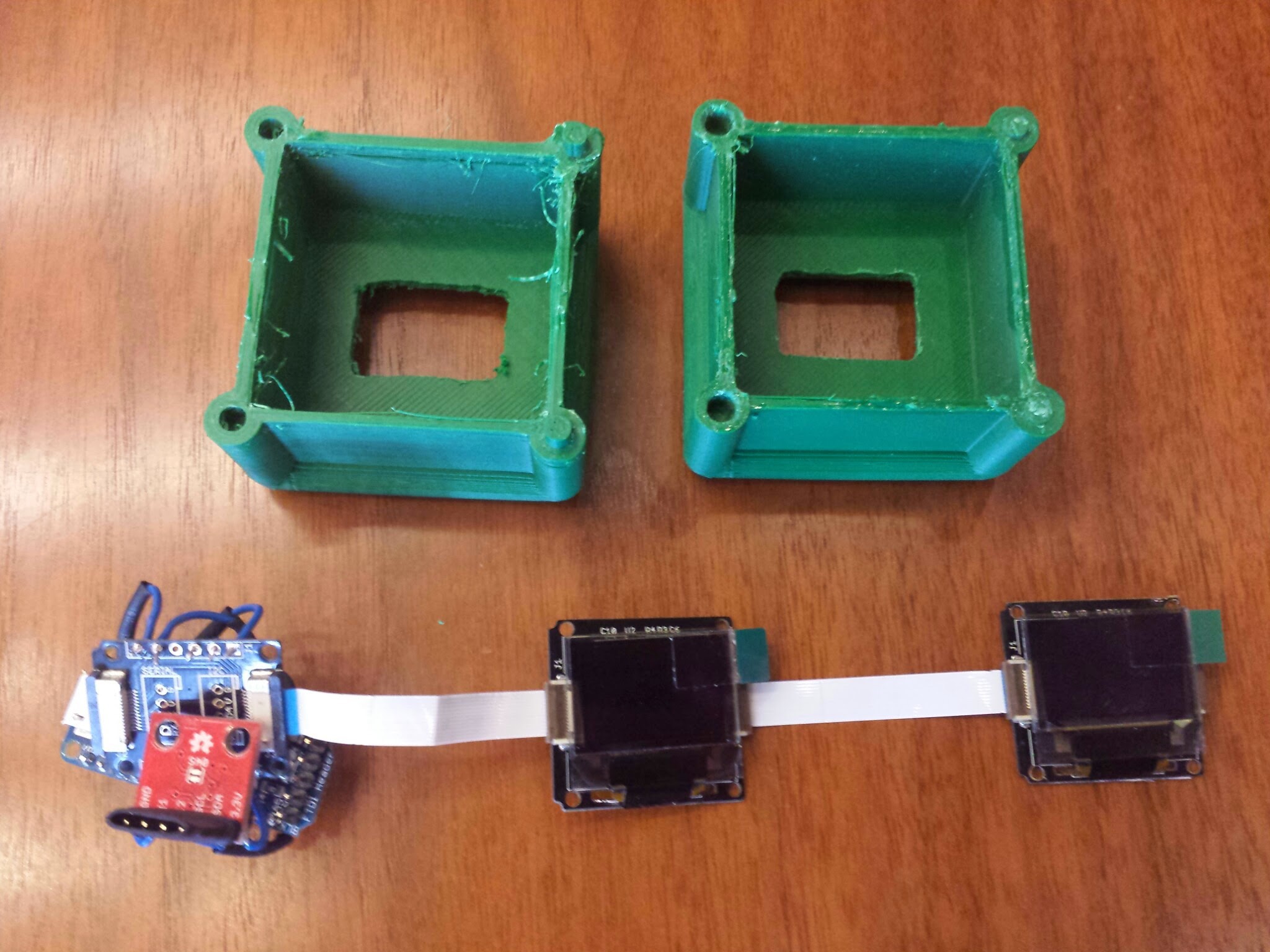 The components in this prototype were an Arduino trinket (I think), a Sparkfun accelerometer breakout board, a lipo battery, and two Xadow OLED screens. These were connected to the trinket through an Xadow breakout board. The programming was simple, when the accelerometer registered any change, a number from 1-20 would be displayed on both the screens.

Because of time constraints, both screens were connected via I2C serial, but they both had the same address, so everything was duplicated. Also, we could only get two screens, a bit short of the 6 that are going to be on the final version. 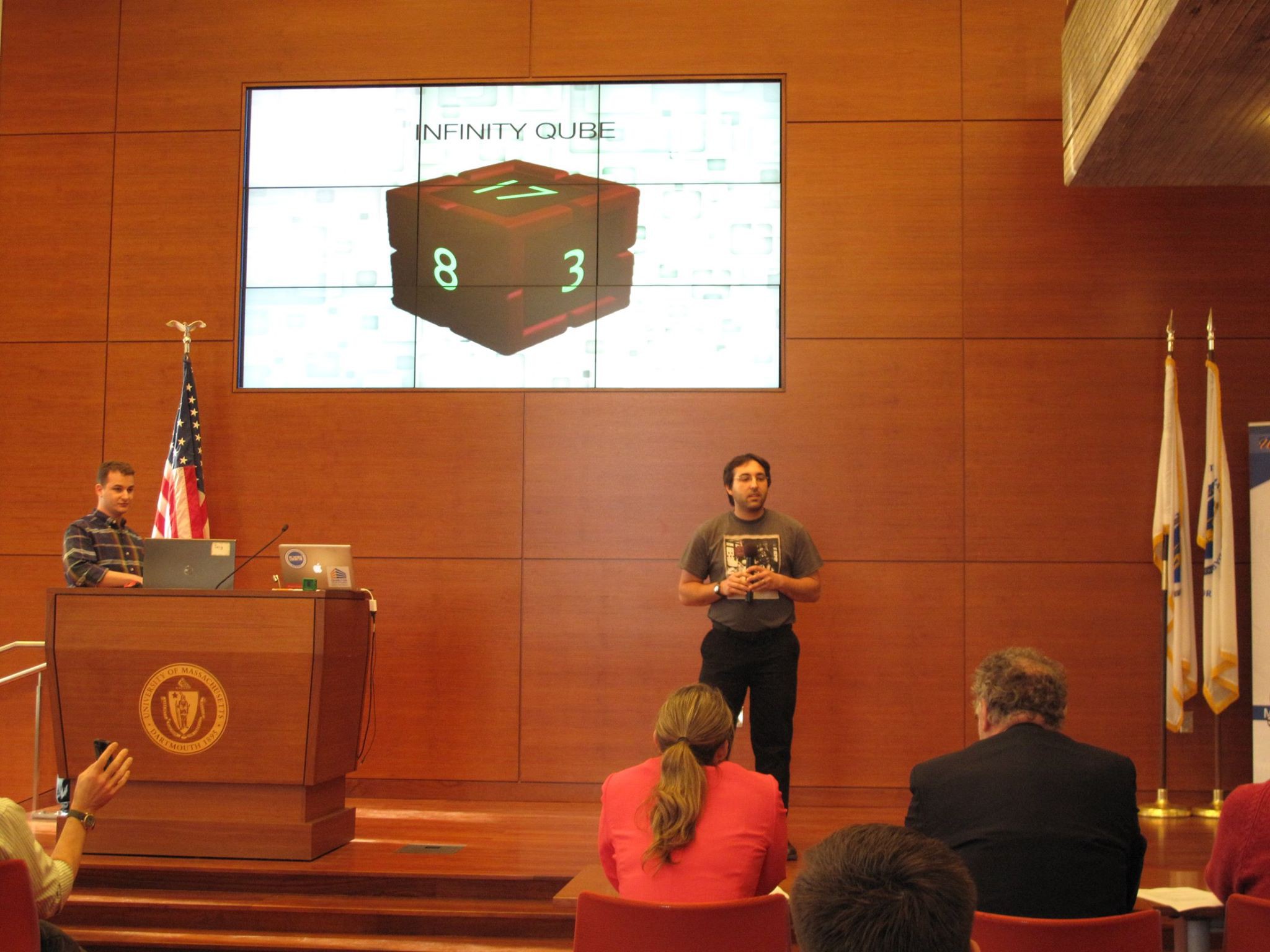 We presented to the judges with the working model in hand and a slightly different name "Infinity Qube". The other part of the team did some market research and quizzed students around the campus. I think we had a very solid pitch, and I guess they did also... we won first place! Since that weekend, our team has changed a bit, but we are now working on bringing this idea to market! We are right now in bootstrap mode, part time, working around our other jobs. It is slow going, but progress is being made.

I will be updating this project page more often from now on, as well as some more in-depth updates on my website, mooseinspace.com. You can also check out our Infinity Qube page for any updates like events were going to be at. I am still doing all the website design myself, so it may be rough around the edges, but it'll get better as time goes on.