Restoration, modification and documentation of this odd little lathe/mill/grinder/etc

While measuring the collets for the collet box build I had this silly idea; why not attempt to measure them as accurately as possible, and then make a 3d printed blank "emergency" collet? Plastic collet blanks are available so this is not a totally insane idea. 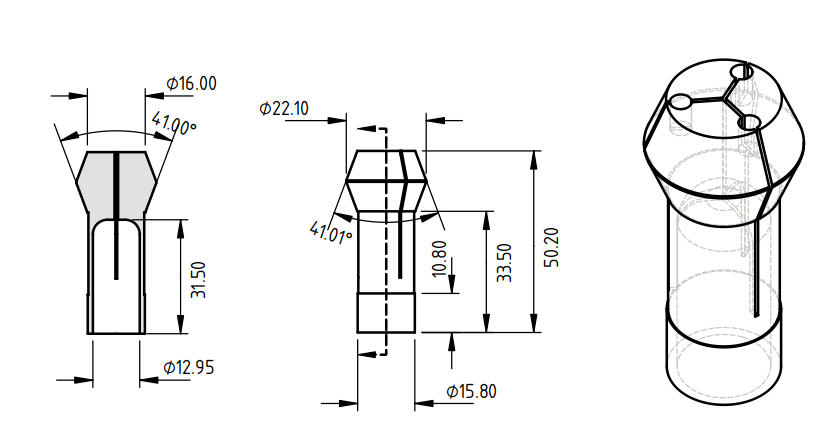 The dimension I'm the most unsure about is the included angle of the taper, it does look symmetrical, and it does seem to be 41 degrees, but it is hard to measure accurately with my current tooling. I 3D printed a few copies of that model in PETG and tried it out on the spindle. 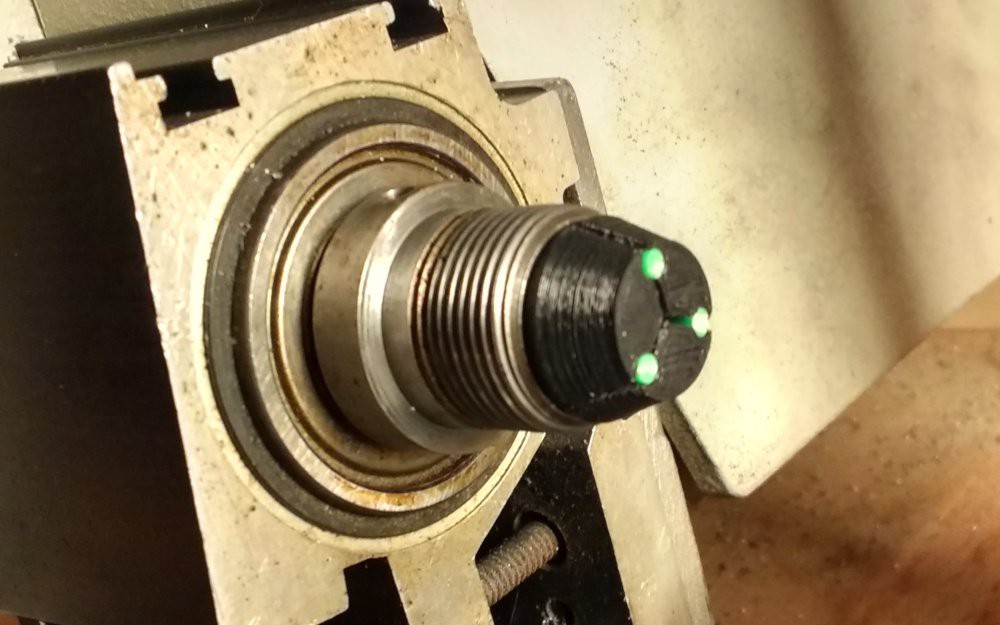 It seemed to fit fairly well. If you're wondering what those green dots are, they are pins made of 3mm filament (ABS I think) inside some recesses I modeled in the collet "jaws" to prop them open for machining, otherwise they would be collapsed by the nut and not be able to close any more than the machined dimension when in use.

Then I did a quick test with a drill and 6mm reamer. It would have been better if I had actually bored the hole instead of reaming, as the reamer can wiggle and not make a perfectly concentric hole, but I didn't have the right boring bar at the time.