Christmas gift for my 90+ granny: TV remote with big buttons 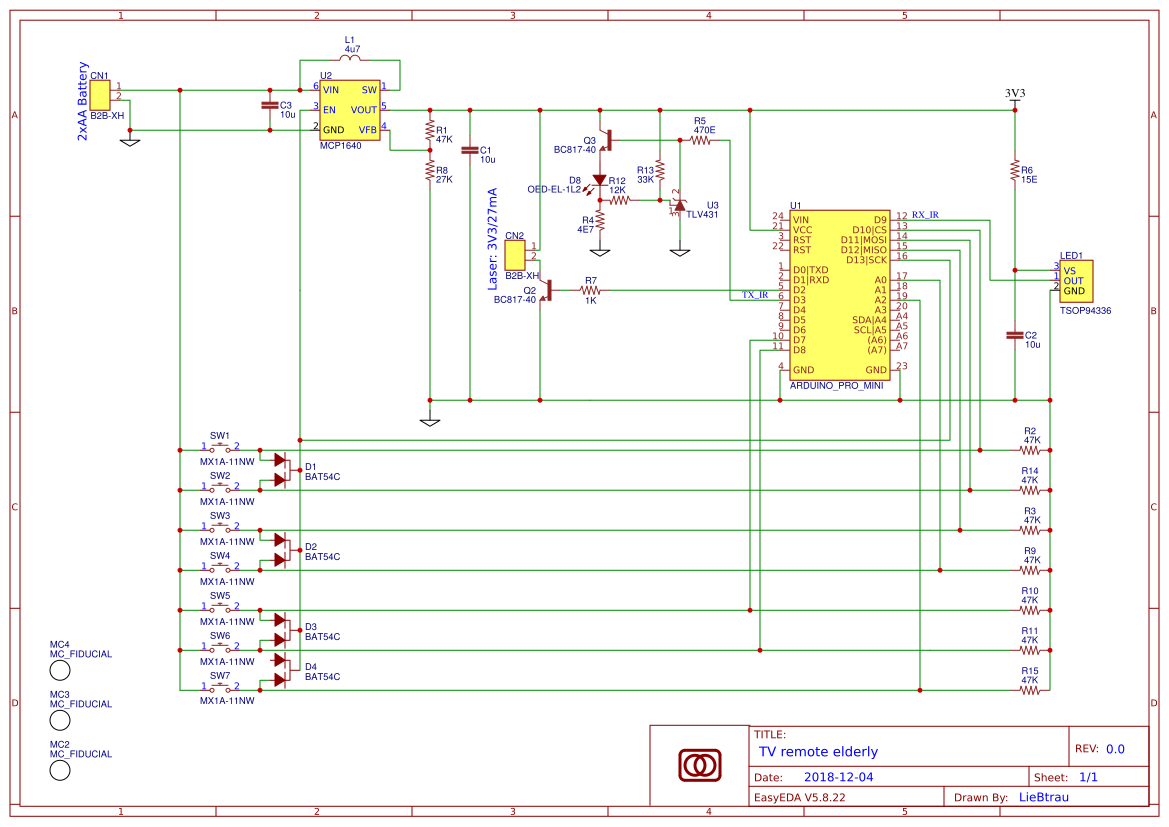 The previous designs had problems with reliable startup.  Either the unit didn't boot or it couldn't be turned off.  This R1.0 design fixes those issues.
To startup, R10 must be pulled down.  This happens when a user presses one of the switches.  The schottky diodes conduct and R10 gets pulled down through R11.
Once booted, the firmware will pull up R3.  Q4 starts to conduct and the button could be released.

The firmware still needs to read what button has been pressed.  On the side of the MCU, internal pullups will be used.  The low impedance path from the switches to GND (through R11) must be disabled.  So D4 will be pulled up.  From then on, the MCU can read the state of each switch.

Once the switches are released, the device will be turned off by pulling R3 low.  The device will not immediately turn on again, because there's no low impedance path from R10 to GND.  R3 has no pullup to 3V3, so there's no way it would be pulled up after the MCU switched off.