Upgrading to the Hakko FX-9501

Based on the internet, people just assemble their cheap Chinese soldering irons & put them away, it seems.  At most, they keep buying upgrades for their cheap Chinese irons until they cost as much as a JBC.  Then, after a few years, they have enough home equity to buy a JBC & use that instead.


As one does, the next installment on the way to costing as much as a JBC was made & 3 weeks later, some Hakko FX-9501's arrived from ebay.  These were choked up & much more accurate.  The good old days of Metcal were almost back.  On the other paw, the Hakkos were all plastic, the tips were mashed in rather than being securely bolted on, & they couldn't be changed when they were hot.

There was just the problem of replacing the 3 wire cables with the 5 wire cables, installing the motion switch, building a stand, & grounding.  The Hakkos had a capacitor between the DC+ & DC- but still nothing connected to the GND.

Drawing sketches & randomly bending metal sheets for a while yielded this. 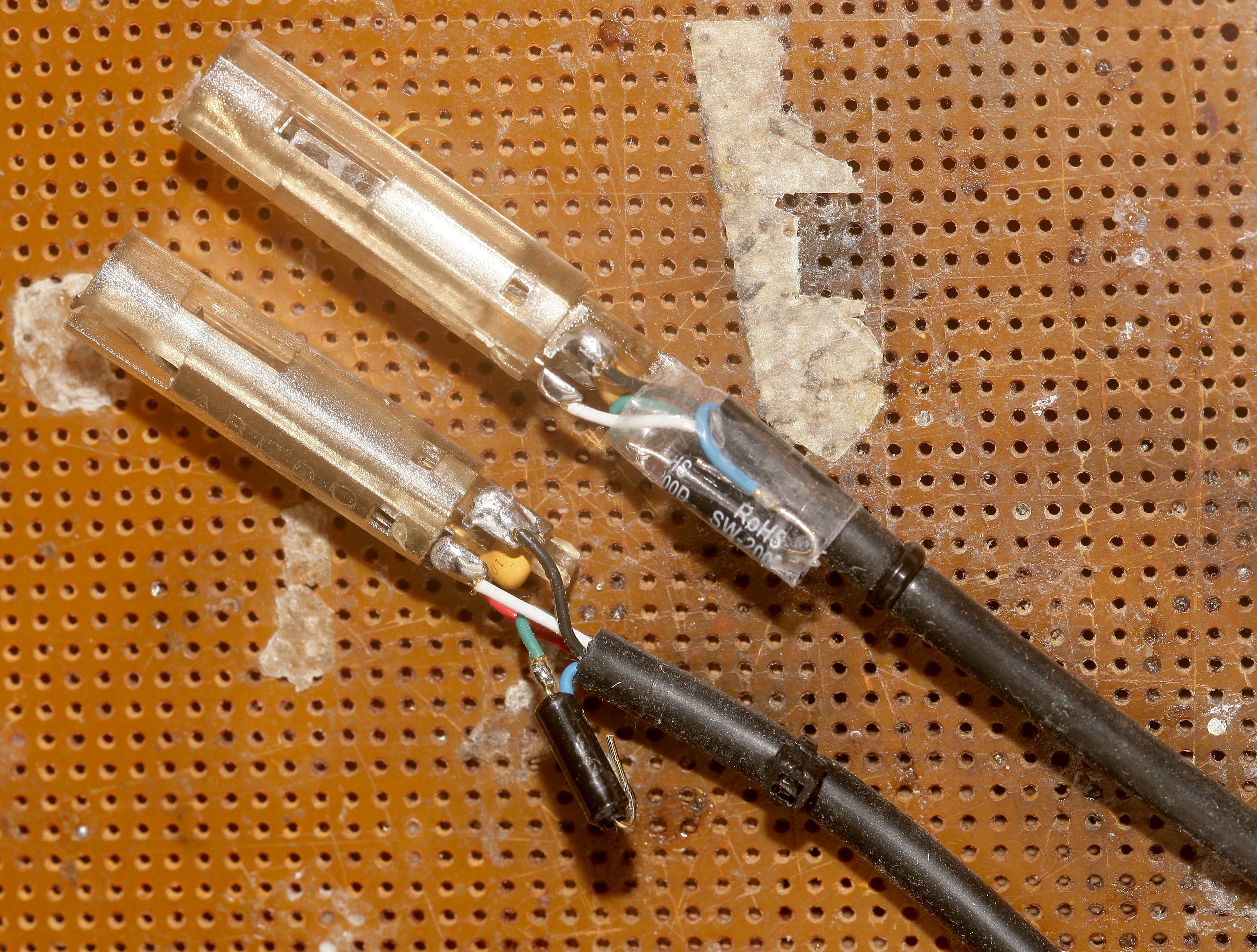 The switches were mashed in. 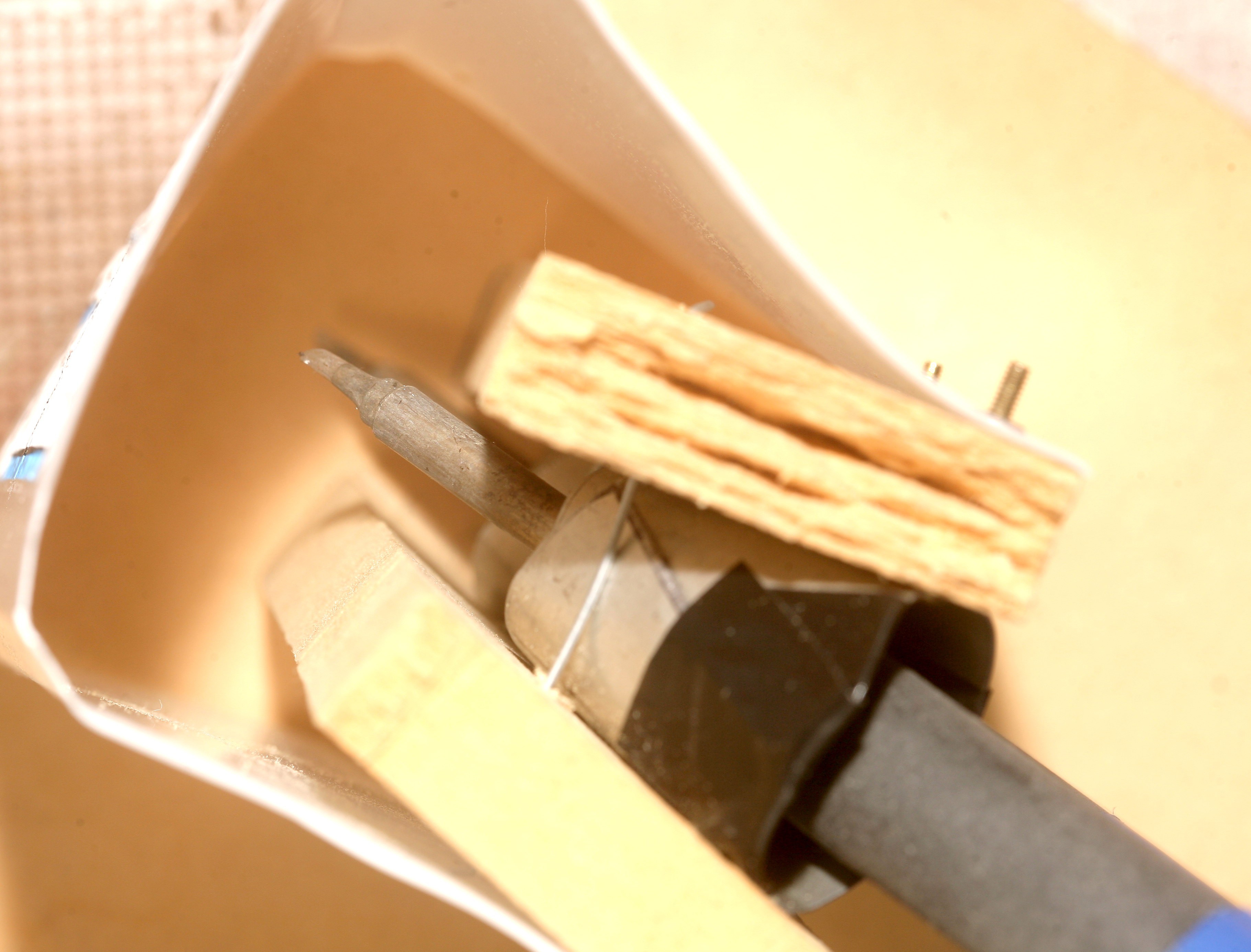 Single paw soldering has returned, as the T-12 tips were meant to be used.

You need to ground the T-12 tips