Too simple for a project page & which may never happen.

The technology connections series on color scrambled the lion brain.

It got the lion kingdom wondering if a photo of a supermodel contained her real color or just the RGB components of the original spectrum & the only way to have the real photons reflected by a supermodel impact our eyes was to be a politician.


A rough test with an ancient CD-R diffracting the light of an LCD screen showed the LCD screen really does only emit RGB bands.  The splitting of displays into RGB bands is something we've all seen but never really focused on.

The bands don't recombine to form a complete spectrum.  That's why we can detect single spectral lines in stars.  All the adult entertainment lions have viewed contains only slices of the 3 primary colors reflected by the supermodels.

Then, a superior animal which detected more than just the RGB lines could appreciate the full spectrum.  The rest of us could have peace of mind in owning the complete spectrum reflected by a supermodel, just like a politician.

A more practical question is how do us lions know if the light we're seeing contains a full spectrum or just the RGB lines?  Even if we had an app using a phone cam to scan the light, the phone cam would only detect the RGB lines.  A true optical spectrum analyzer would rely on the ages old prism & a way to focus a point of light through it.  The spectrum emitted by the prism could be scanned by a traditional RGB sensor to determine the intensity at every wavelength.

It's still rather pointless.  A lion could go its entire life in a room lit with only RGB slices or full white without ever noticing.  It might be useful for an indoor garden. 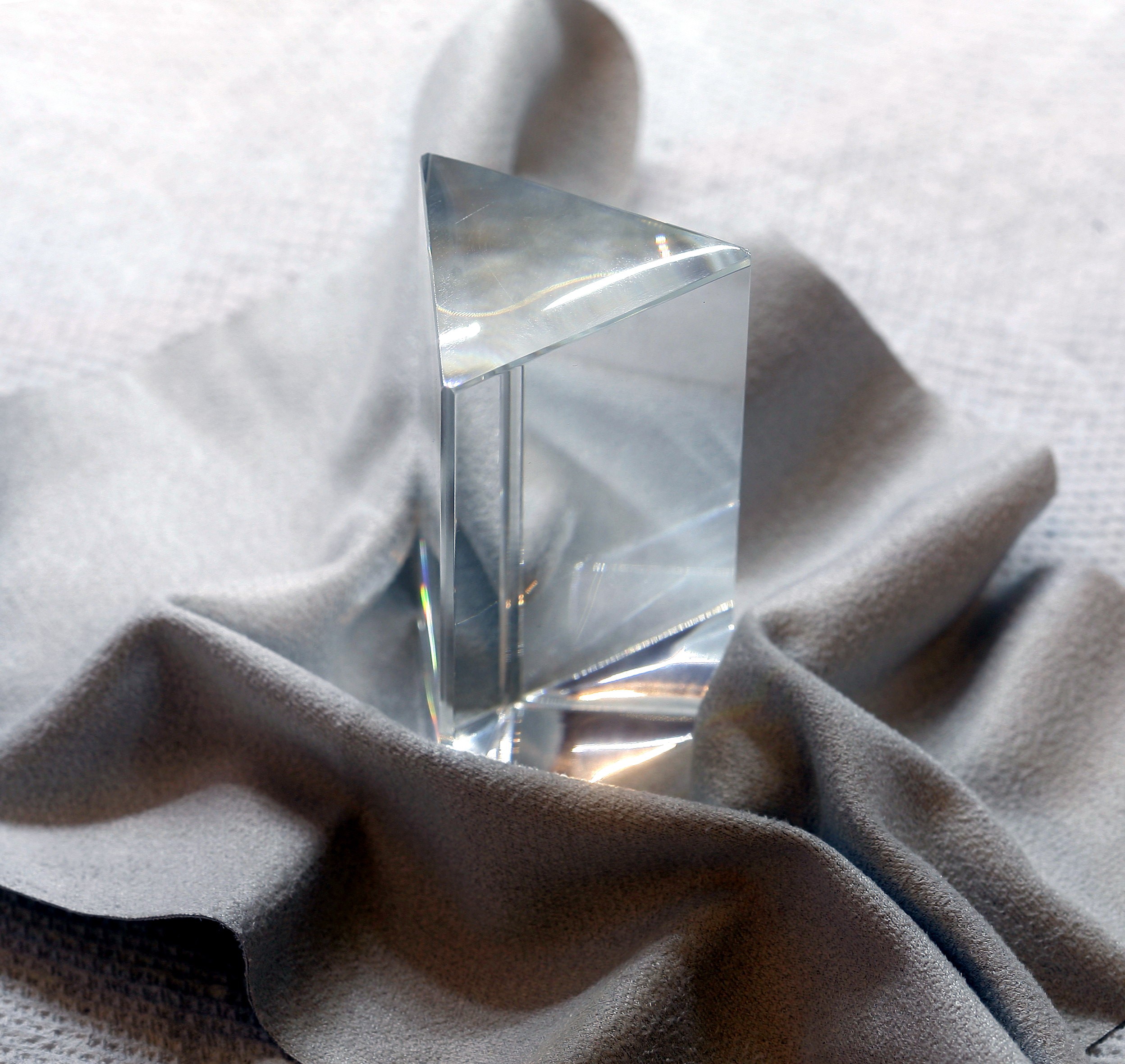 Spent the $15 on a much better prism than childhood, though it would have been better to spend $20 on a 6" version instead of the 2.5" version.  It was real tricky to get it to work with 1 paw in the dark, but that never stopped lions before.

After much foreplay, finally got it to project white light from RGB LEDs & white light from white LEDs in a spectrum. The answer was the RGB LEDs really do make only 3 bands while the white LED makes a continuous spectrum even though both appear white. Most obvious is the lack of yellow & turquoise in the RGB projection.
An LCD screen isn't bright enough to project a rainbow without serious optics, but an LCD projector would reveal that all your supermodel JPEGs of the last 30 years really do contain only 3 bands of color instead of what was really there. The only way to see the full spectrum of a supermodel really is to be a politician.

A fully self contained spectrum analyzer would require some serious optics to concentrate & focus the light.  It was quite easy 40 years ago to get a bag of lenses from Peninsula Scientific & experiment.  Nowadays, it would involve such a long boat ride from China, it would require serious planning.