A camera that tracks a person & counts reps using the same code.

This was some rare footage of 2 people doing random, intimate movements from a stationary camera.  Showing it on a large monitor & having the camera track the monitor might be good enough to test 2 people.

Automated tracking cam with 2 subjects was a disaster. Most often, 1 animal covered part of the other animal, causing it to put the head in the top of the frame. When they moved fast, they caused a sympathetic oscillation. Setting up the test was quite involved.

Eventually, the corner cases whittled down.

Openpose lost tracking when they were horizontal, but it didn't know to look to the right for the missing head either. 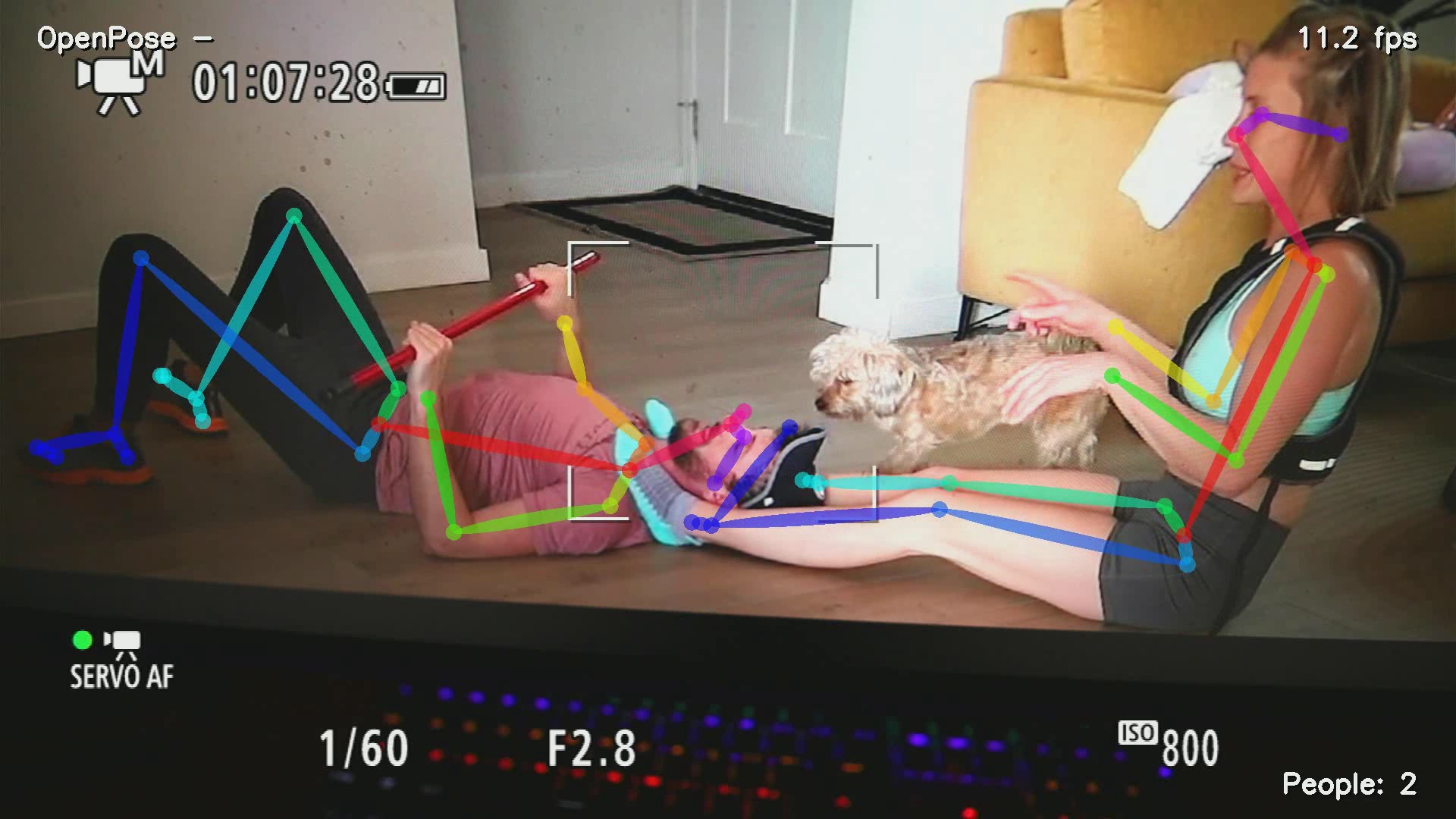 When both were visible, it tended to look down.  This may be from the lack of tracking the head outline.

Another tough one with 2 partially visible bodies.

When both were standing & close in height, it tracked well.  Since it tracks heads, the key is to keep the heads close in height.  The trick is no matter how bad the tracking was, it never permanently lost the subjects.

Hacking a flash battery pack to use a lipo

Replacing the bulb in the 580 EX II