Picked up at a flea market on weekend getaway to the inner solar system. It tests gravity by staying firmly placed on a horizontal surface.

Free form circuit design contest you say? I know what I should do! That's right, spend a week etching PCBs!

As the description say.. why the heck not etch a bunch of Pyralux?

The whole project took about 8 days, almost entirely spend etching Pyrlux to make "petals". The initial vision in my head was this being more of a flower.

My first attempt was using APA102-2020 LEDs. This didn't work out as I was unsure I'd be able to pull off double sided routing. Things where also quite cramped with such a small outline.

This led me to start thinking about the reel of WS2812Bs I have... In light of not wanted to end up banging my head on the wall in frustration (like using this editor right now....) the decision was made to scale everything up. Larger outline, easier to solder LED.

After I plot my copper layers and board outline I do some post-processing in Inkscape. The idea is to duplicate the outline and lay they front and back copper on each. Flip the back side and position across a fold line. This can then be cut and realigned. Later versions had better alignment targets.

After being folded over the alignment of the front and back sides can be seen.

My exposure unit consists of about 60 UV LEDs run at 4V around 200mA. This was more randomly selected than anything else. 3.5 minutes yielded pretty good results. If I could get my masks darker that would go a long way. Doubling up the transparencies works pretty well for now. 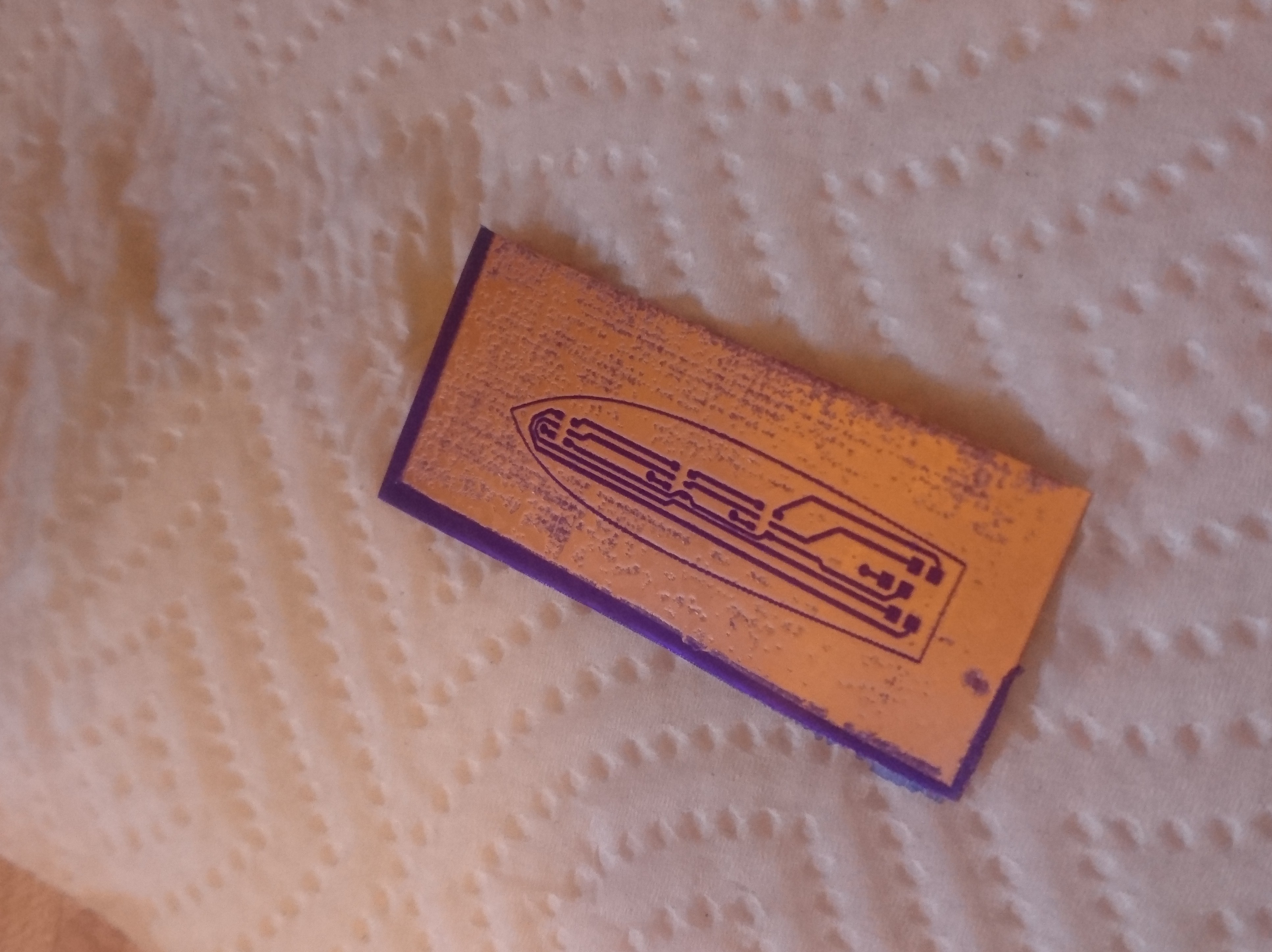 For such fine detail the baords developed surprisingly well but in the end things were just too cramped. The traces at the top where too close and I was unsure if I'd even be able to solder the APA102 hence scaling up. 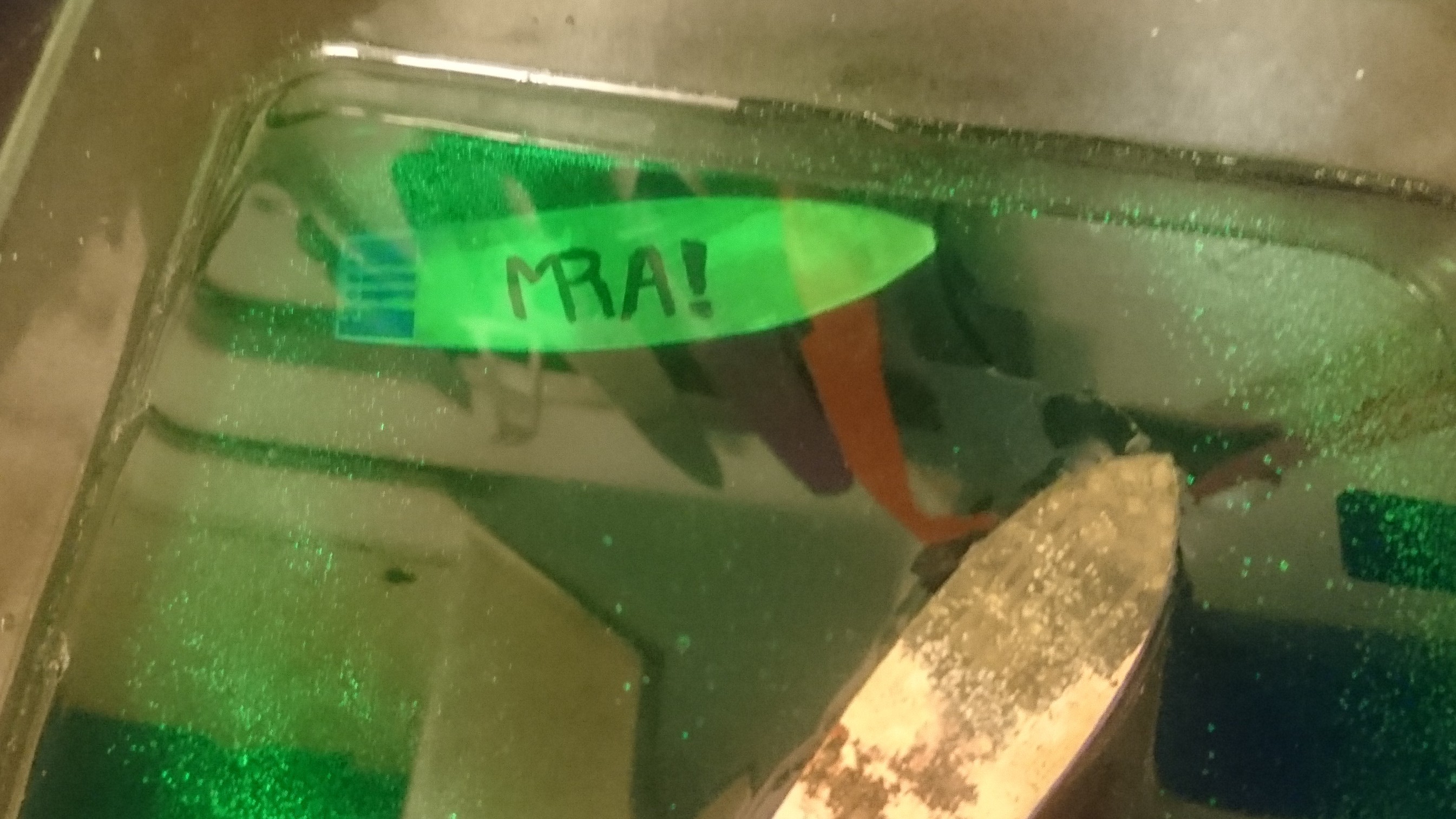 I stared the process with vinegar, hydrogen peroxide and salt. It worked quite a bit better then I thought it would but had a tendency to stall and/or take so long the photo mask would start lifting. I ended up switching to mureatic acid and hydrogen peroxide with much better results. It would slow down after a while but never stalled. I found right around 54C was the sweet spot for my mixture of about 2 parts peroxide to one part HCL. I used a very small amount of salt (NaCL) also but tried to keep that to a minimum.

You're a winner in my heart little Star Palm.

thank you very much. I normally don't have the patience to trial and error for so many days in a row to get something right but glad I did. I have one more large sheet of Pyralux I'm excited to etch.

Making a concrete mailbox posts, and learning about concrete at the same time
Project Owner Contributor

A box that fits in a room, in which plants can be grown.
Project Owner Contributor