An electronic wall clock whose circuit interior is visible as a flying structure without a circuit board.

For some time, this idea has been buzzing through my mind ...: I had the idea of an electronic wall clock whose circuit interior is visible. A most aesthetic flying structure without a circuit board should be the result.

The clock receives the exact time from the standard frequency station DCF77 in Germany. It shows the time and date on the 20 x 7 dot matrix. When a relative or friend celebrates a birthday, it is also displayed.

See what happens when the year ends:
https://www.youtube.com/watch?v=1sFm6IQo6Rc&feature=youtu.be

A good resource for my thoughts served me the wonderful web page of Christian Aschoff (http://www.christians-bastel-laden.de) on word clocks.

I redrawed the circuit in KiCad and modified it for my needs. For me, the ex

The CPU is an Atmega 8 with Arduino boot loader to make programming easy. Connected to it are an RTC chip and shift registers for controlling the LED matrix. A purchased DCF77 (German atomic clock, sending on 77 kHz) time receiver module is connected via J1. J3 is used to program the board.

4 dot matrix displays with 5x7 pixel resolution are used to display the time. These are controlled via the above-mentioned shift registers U1 ... U4. To increase the  output current, the signals for the columns of the matrix are amplified with drivers.

To make the whole structure look more like a clock and to have a bit more "action" on the display, a ring of LEDs is mounted on the outer edge, which will display the seconds. One LED is provided for every second. 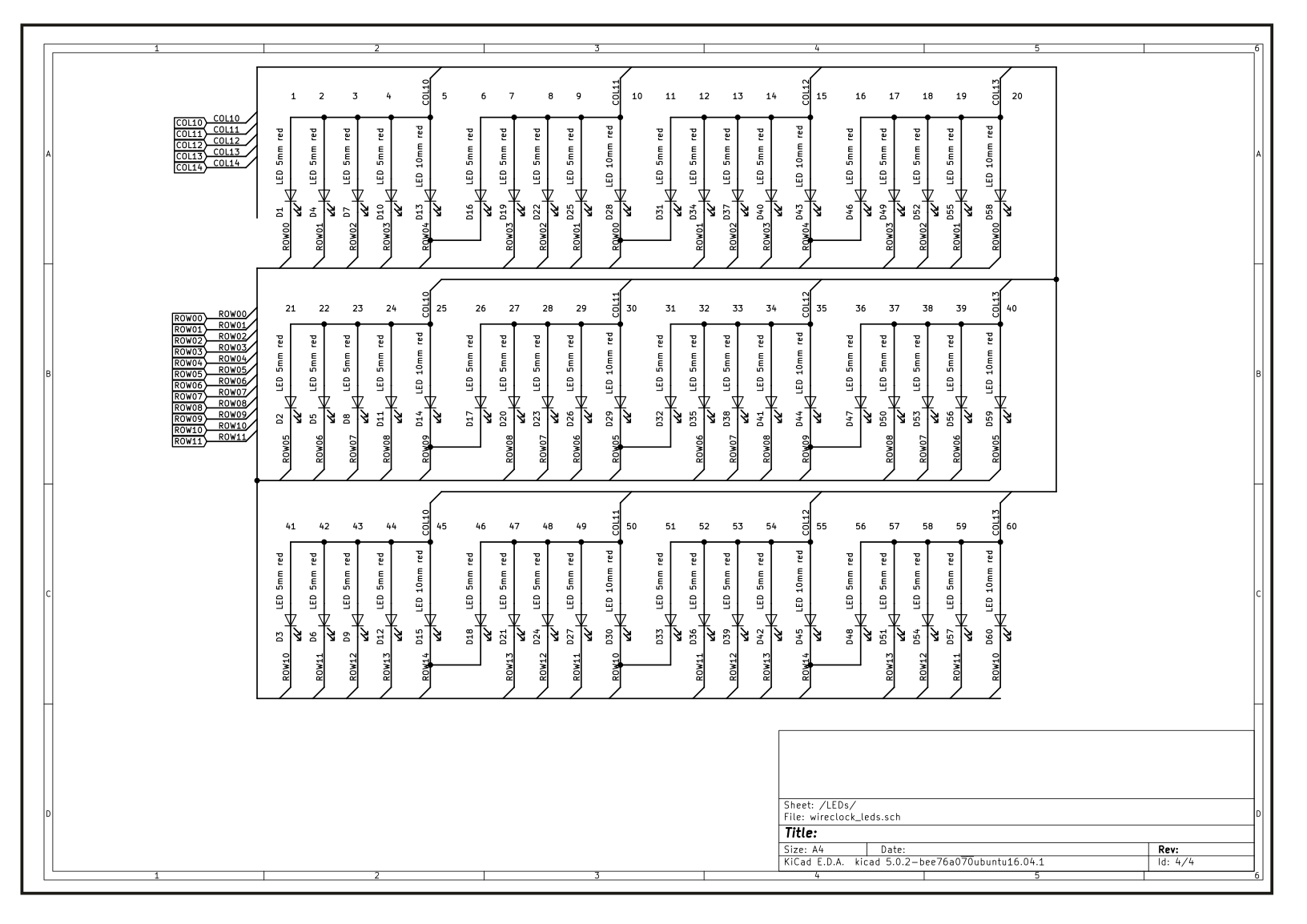 The soldering work is still ongoing...
I managed to setup the communication between PC and the ATMEL (which took way too long this time...) The displays are connected, but there is a wiring fault I haven't found so far.

Thank you for the advice but I'm not sure if I'm able to finish it in that time...

Nice job. Make sure you enter it in the Circuit Sculpture Contest. Only a few days left to enter.

The idea was to daisy chain as many of these as I wanted and have huge display.
Project Owner Contributor

It wanted to be a real clock when it grew up. Now it is.
Project Owner Contributor

Back To The Future Time Circuit Clock