This friendly bedside lamp will light up your lonesome night if you hold his hand long enough! And goes back to sleep when you hold it again

I build this for the Circuit sculpture contest. I had to make a functional circuit that would be at the same time visually interesting. I think I have achieved that ! As said in the short description this is a bedside lamp that will turn on when you hold his hand and goes back to sleep when you hold it again. The hand is a touch capacitive sensor monitored by a microcontroller. The microcontroller will light up the eyes when you touch it. There is also a 7805 regulator because the light bulbs need a higher voltage than the MCU and there is a power transistor to switch the bulbs.
So everything you see on the sculpture, except for the ribcage, is an actual part of the circuit. The mouth is the power transistor, the hair is the 7805 regulator, the sternum of the ribcage is the 16 MHz crystal, the hand is the capacitive sensor circuit, all the wires even the coppers one are the actual wire of the circuit and the center of the spine is an ATMEGA328 Microcontroller (the arduino uno MCU)

I first got inspired by the old wood base that I got laying around at my workplace. I could easily see how I could make some kind of humanoid that would be attached to it. I began by choosing the component for the eye , I first wanted to use big red LED eyes but when I stumble upon the small incandescent light bulb I thought they would be a much better choice since they went well with the style of the base. I knew I needed a transistor to switch the lamp on and the shape of power transistor were just perfect for the mouth so I draw one black and used it.

I wanted it to also be interactive so I got inspired by an electronic laboratory that is given at the college where I work. They used this thread ; https://playground.arduino.cc/Main/CapacitiveSensor?from=Main.CapSense

to make a touch capacitive sensor out of aluminium foil. The obvious choise for the foil was to be the hand. I tested everything on breadboard, made a few adjustments and build the sculpture part by part, wire by wire. As I was adding the component , their shapes made me thinks of different part of the body ; the 7805 looked like spiky hair, the crystal looked like a sternum and the MCU socket looked like a spine.

As for functionnality , the circuit is pretty simple.  When you put your hand near the foil you become one plate of a capacitor, the other plate being the aluminium foil. The details of the capacitive sensor circuit are explained in the link already provided. But  here is the explanation given in the electronic lab that made me think of using the capacitive sensor circuit in the first place; A digital pin of the Arduino, placed in INPUT mode, has a small capacity.  When another pin sends a short signal to the pin in INPUT mode, the voltage on the pin does not instantly decrease to 0 because its capacity makes it discharge like a capacitor. The time constant of this discharge is increased to a measurable value by placing a high resistance between the pins.

I used the arduino code in the link already provided and add a few lines of code that would turn on a digital pin when the capacity was over 100 ( the unit are arbitrary) and turn it off when it was over that same value again. 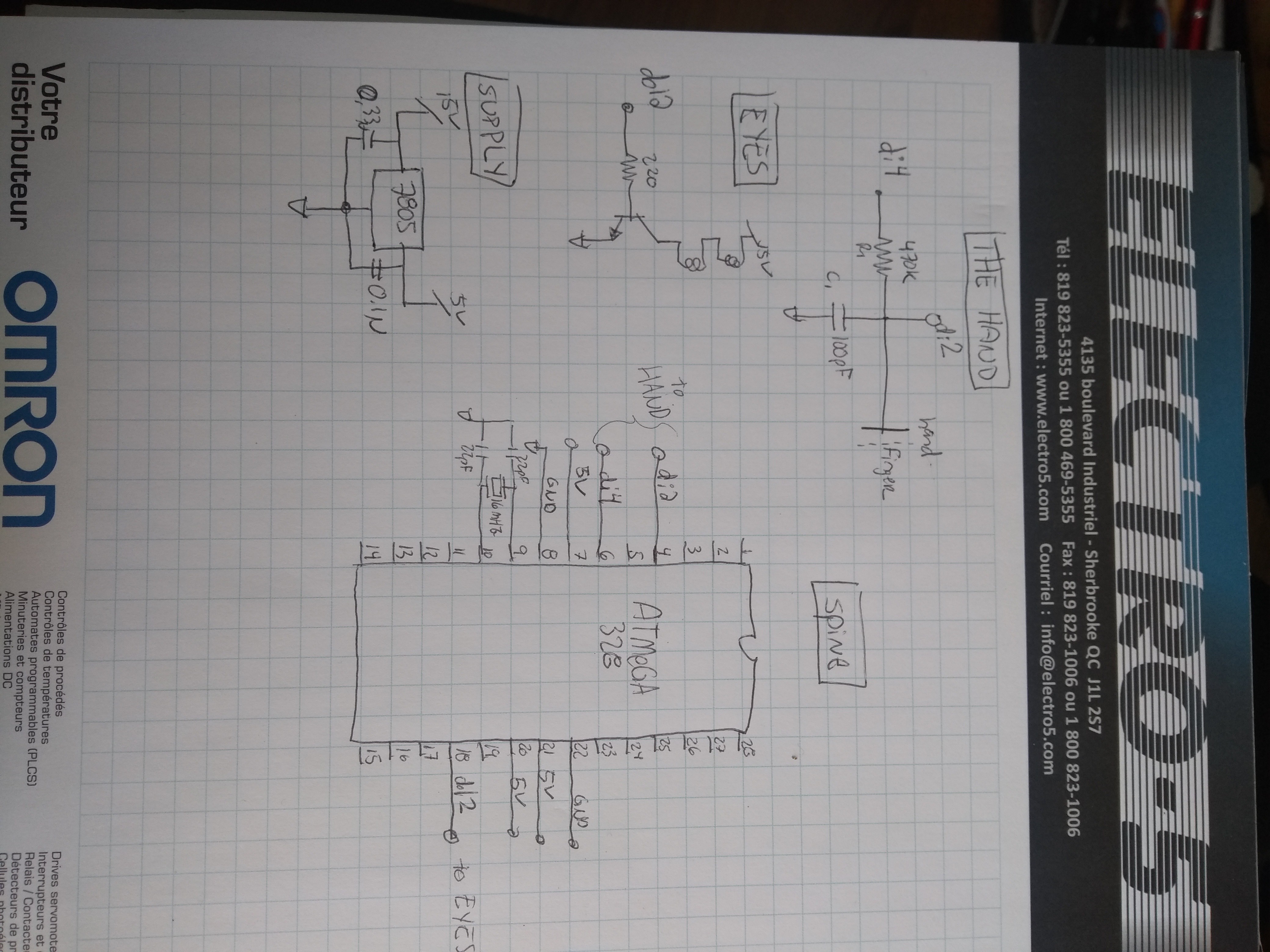 more pictures in the file section.

As a safety precaution, certain types of fire art installations are required to use sensors on their pilot lights....
Project Owner Contributor

Playing with FLORA and Neopixels