Robot for line following competition. There is small dense neural network (DenseNet) for line shape prediction. I used my own framework Rysy to train network on GPU, and my own framework for embedded neural network implementation using 8 bit int and SIMD instructions. Video of working robot : https://www.youtube.com/watch?v=E9FJIDowNmU ;Robot sources on my github : https://github.com/michalnand/motoko_uprising

Robot software is based on this key points :

Line dataset was made as artificially generated data, 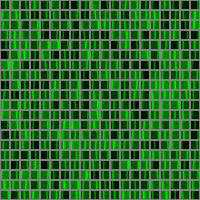 Network architecture
I was fighting with robustness against network speed. Network have to run 200Hz.
I decide to use DenseNet, which is very computation effective - in layers you need less kernels than in pure CNN.

how did you train the robot? and why the IMU?

how much your budget for build this project? can we talk about your project?

write me on my FB https://www.facebook.com/michal.chovanec.737

Hackaday Prize 2019
Building a robot car with a smartphone at its heart.
Project Owner Contributor