Getting Our Groove Back

We would like to apologize to all the True Believers for our near month long absence. Work and a number of personal issues had to take priority. If things weren't bad enough, Greg is also picking himself up after the untimely passing of his beloved Welsh Corgi, Aeron.

However, time heals all, and enough has passed for us to think about diving back into the Emergence Project again. Even with everything else going on, we still managed to get some work done. 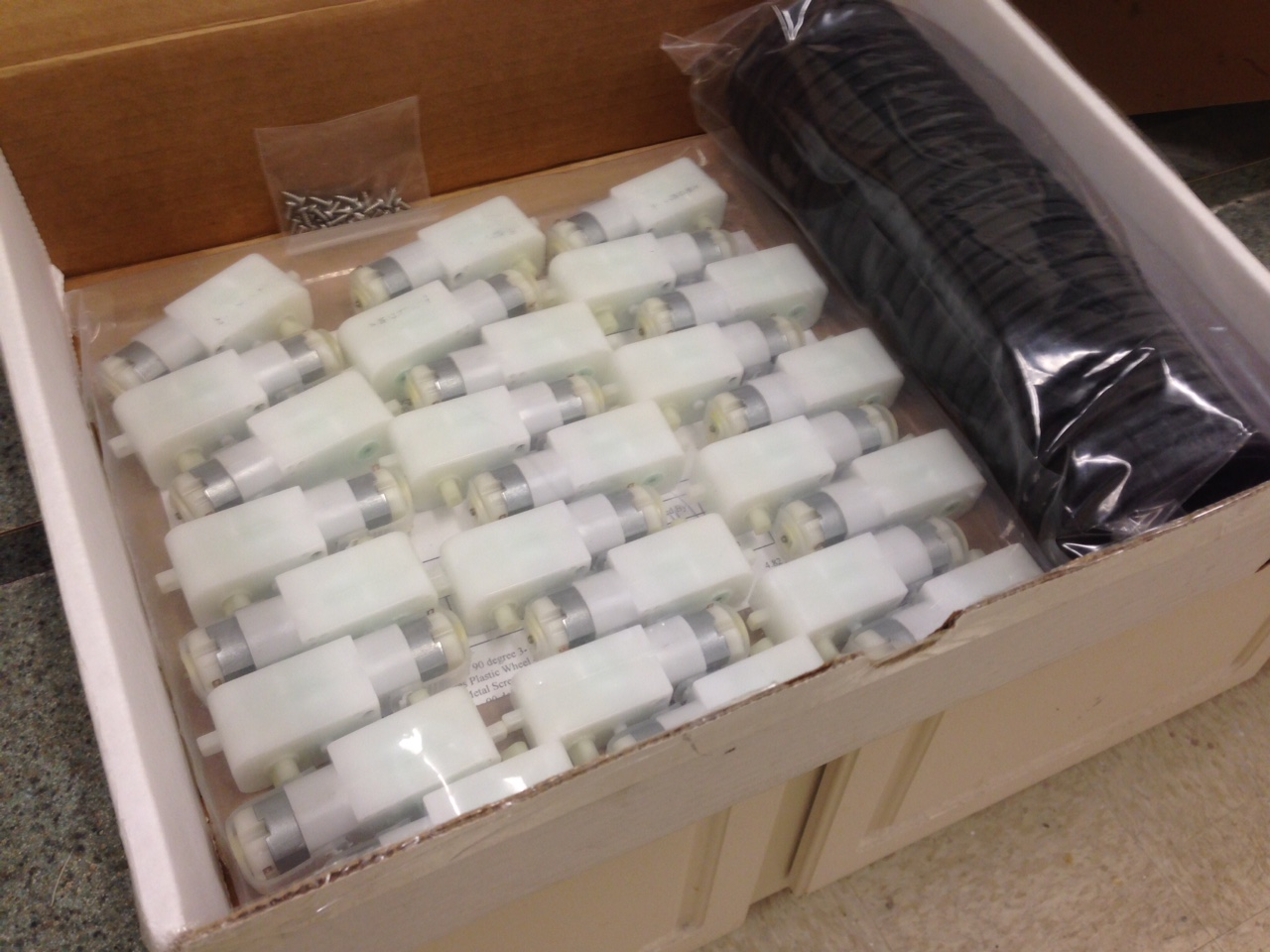 The motors and wheels arrived a couple weeks ago. It almost felt like Christmas. For some reason gathering electronic parts didn't really feel like we were making progress. Getting the motors really brought things into focus. 'Man, that's a lot of motors... Holy Cow, this IS going to be a swarm! Cooool...' The motors and wheels were the last of the major components needed to really start on the final design, aside from the batteries.

We have done a touch of testing in this area too. We got a couple of our candidate batteries wired to a breadboard, along with one of the solar cells, and a blocking diode for the absolutely simplest solar circuit ever made. We let them go for a time, and it does seem the solar cell puts out enough power to get past the internal resistance of the batteries and charge them. We don't know yet if they will fully charge them, because staring at a solar cell while it silently charges batteries is very, very, very boring. Hopefully in the next few days we can test the batteries a bit more and see if it's enough power to move our future robot army.