Greetings True Believers! We have actually made some headway!

Bad news: We had to move to 3v Arduinos. The last thing we wanted to do was order all new microcontrollers, but we did so in the best interests of the project. It's time to get moving for cryin' out loud...

Good news: We seriously doubt the old controllers will go to waste (we are in a hackerspace, after all). The other upshot is that we weren't sure everything was going to work together at our previous voltage. 5v was on the edge of the electronics' tolerances, and we had our fingers crossed for much of the time. But now, we know that everything is compatable with everything else. Hopefully, this will keep gremlins to a minimum.

We've also veered a bit with our testing direction. These power problems have convinced us to forgo any further sensor or behavior testing until we get everything else ironed out. So, we decided that the next goal we should attempt to hurdle is to have the 'bots moving on their own (as we've already done) but now on their own solar power. One upshot of this is that with the solar cell added, we can see if everything fits, and get closer to the final size and layout. Since Frankie's brain got scrambled and circuit board fried due to bad soldering, we decided that he would undergo the retrofit first. 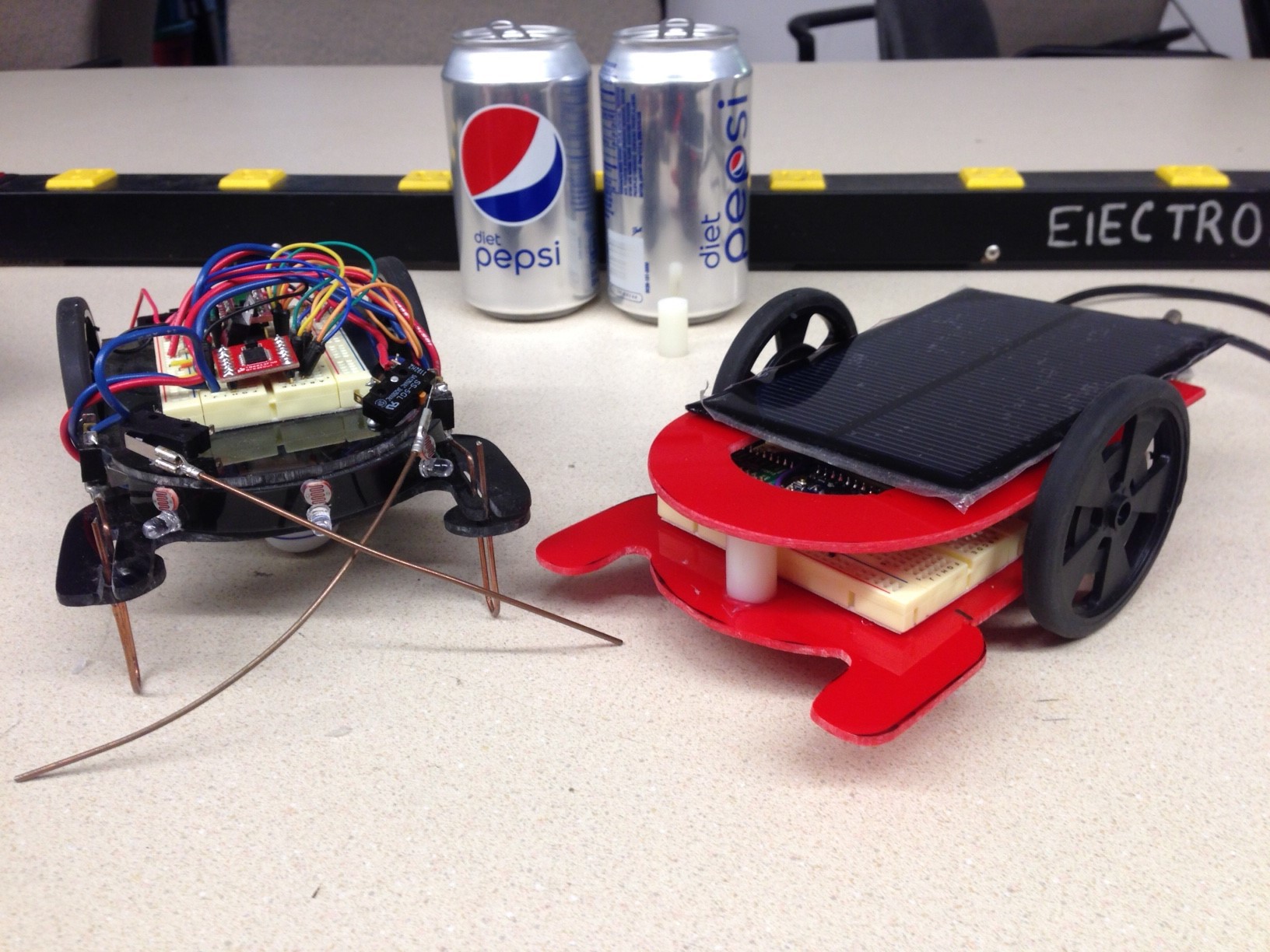 Frankie's now a bit wider and longer than Johnny, to accommodate the solar cell, but only a minimal amount. Our first guess at the bot's size was pretty damn close. Also, we're now using the electronics that were purchased for the final swarm for Frankie's new brain. Johnny's got his own new brain as well, but it will remain in the job tray until his own retrofit. Everything is still breadboards and jumper wires, but the earlier rat's nest has been cleaned up considerably and contained inside the 'bot. The next step will be getting Frankie's obstacle sensors hooked up, then we'll see how long the solar cell takes to charge him, and how well and how long he can move on that power.

Our Kingdom for a Charge...