Another Sunday, Another Update

It's Sunday, which means it's time for another Emergence Project update. It should be noted that we will still be bringing you updates even if the Hackaday Prize judges deem us unworthy. We're in this for the long haul!

Frankie's brain transplant is done. We haven't had the opportunity to really put it through it's paces yet, but it has had some immediate impact regardless... 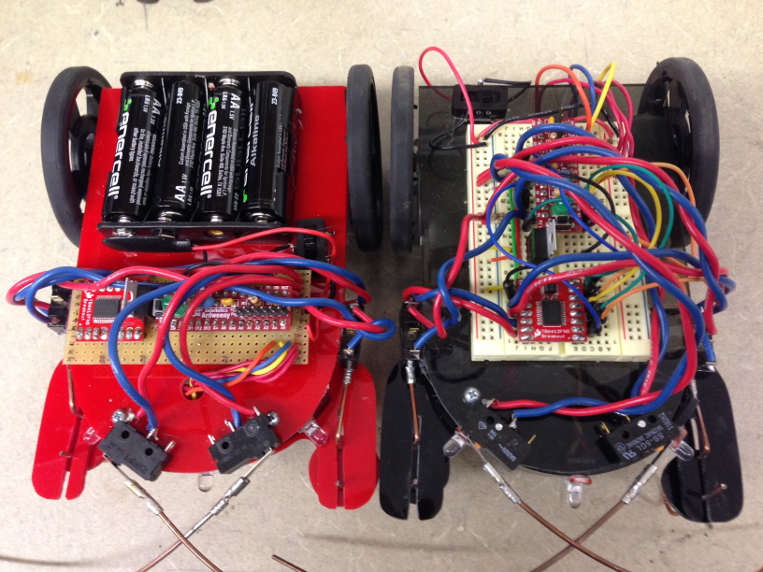 You can see how much less room the soldered perf board takes up as opposed to the plug-in breadboard. So much less, in fact, that we were able to move the battery pack we've been using for testing to the top of the 'bot, instead of having it slung underneath. While ground clearance wasn't a huge concern, it does give us some comfort knowing that anything that manages to sneak under the obstacle sensors is also low enough for the 'bots to drive over. It also illustrates that the robots' hardware will all fit within the current size and shape footprint, so we won't have to change either of those, either. 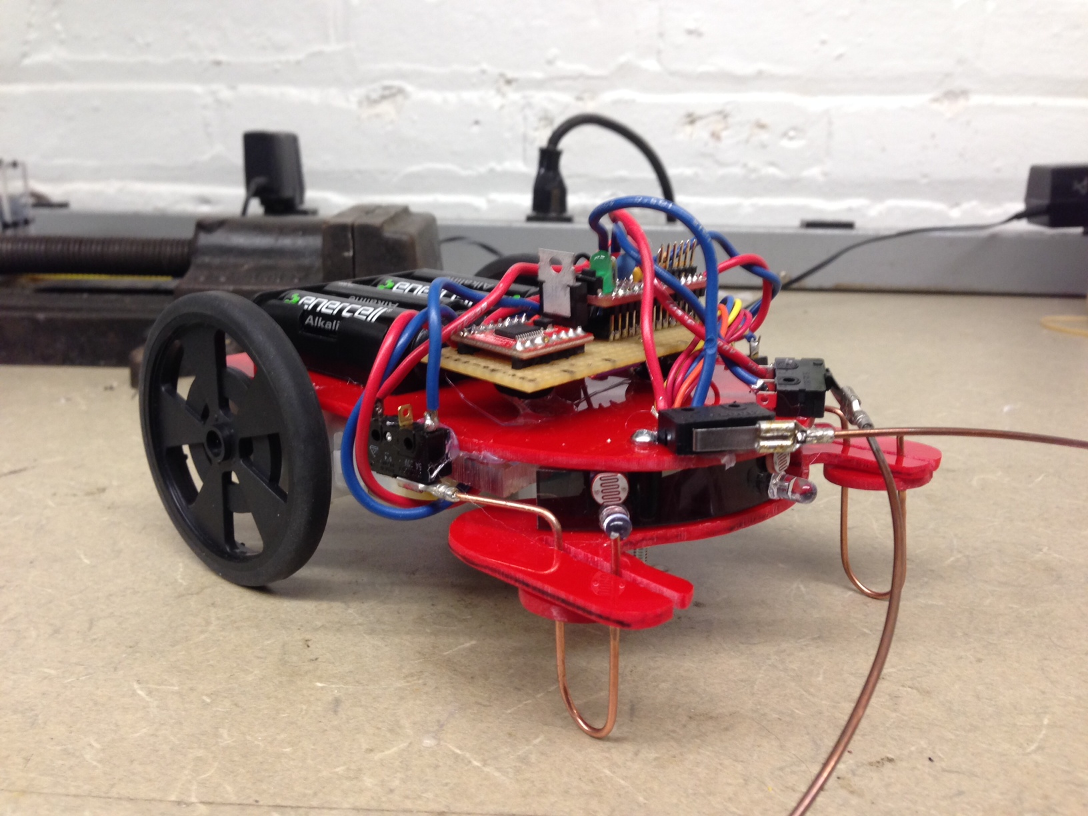 So, things are looking good. Good enough that Greg decided to take a leap of faith and has begun to order parts for the full swarm. This will be done gradually over the next few weeks (and paychecks). The final number settled on is 15. This gives us the dozen we envisioned when starting the project, as well as parts to make another 3, or to be used as spare parts if (or when) we fry something.