A hardware-based tutorial on how to set up a 5-inch Capacitive Touch Screen Display with the Raspberry Pi, making it compact and portable.

When you want to make your Raspberry Pi or any other computer portable and compact to move around or bring it along with you, this 5-inch HDMI Capacitive Touch Screen Display can help you out a lot. This screen can be used for a wide variety of computers and Operating Systems (OS) and they are all listed in the review of this product (link to the review is below) so, please go to that page if you want more technical specifications. There are even cases suited for this display and the Raspberry Pi available additionally. This display mainly includes a capacitive touch feature which can assist you around in navigating around the display without a mouse, plus, this display has a very high resolution, a HD display for displaying pictures and images. To make your life easier, the setup of this display is fairly simple, especially when adapting it to the Pi and modifying the configuration files. Once these steps are out of the way, it will work perfectly as seen in the images to the left:

1. Before you even start, you would need the appropriate accessories to properly set this display up, which includes: a Male-to-Male HDMI cable, 2 Micro-USB power cables (one is optional, one is needed) and additional Pi accessories (mouse, keyboard, WiFi dongle, etc.). You can see clear examples of those cables in the picture below. The HDMI cable (black cable below) will be used for transferring data and all the information from the Pi to the screen such as all the visuals and display information. However, the micro-USB cables (a white micro-USB cable is below, you will need 2 micro-USB cables) will be utilised for powering up the display, powering up the Raspberry Pi (powering the Pi using a micro-USB cable is optional) and making the touch screen functionalities work on the display. 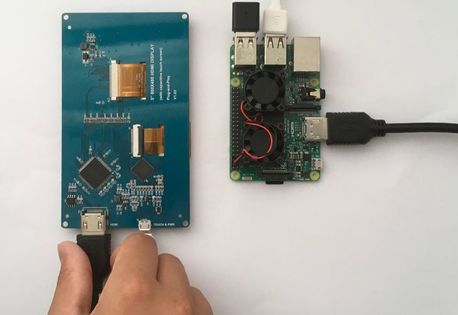 2. After you have gathered the cables needed, first, plug the HDMI cable from your Raspberry Pi's HDMI port to the display's HDMI port, exactly like the image shows above. 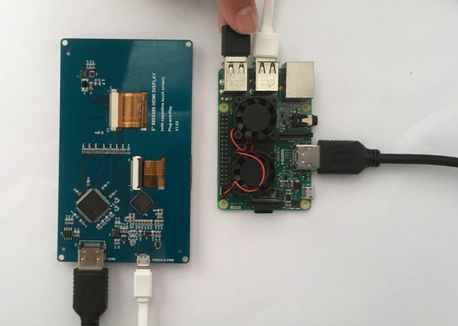 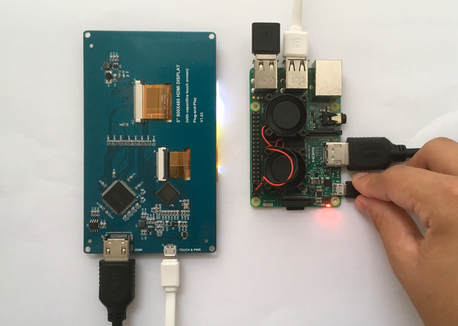 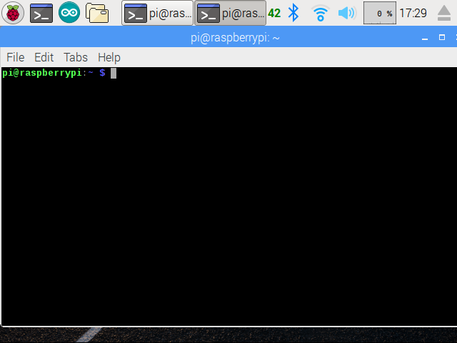 6. Once your Raspberry Pi has booted up, navigate to the Terminal on your OS, whether it is NOOBS or Raspbian. The Terminal is most likely located in the menu toolbar on the top left of your screen. For this example, Raspbian will be used, but NOOBS will work the same way, more or less. Note: When you boot up the Pi with your OS, you may see a black area to the right of the screen (this is not seen in the pictures below), but, do not worry as you will fix that later on with the steps below. 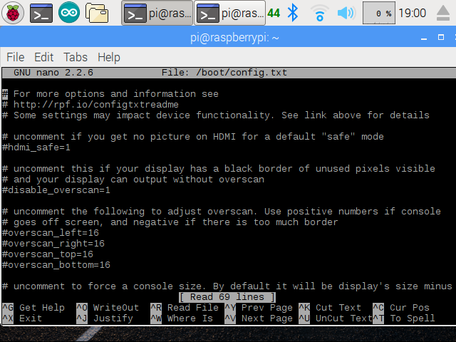 7. Type the following command into the Terminal to run the configuration file, the additional picture below also shows the command written out onto the Terminal: 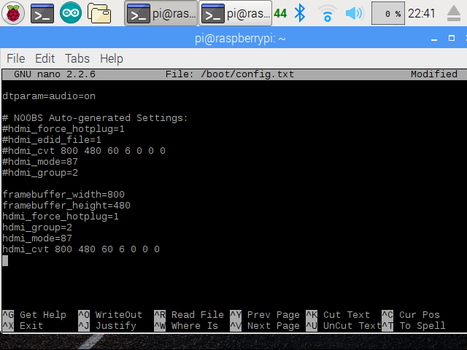 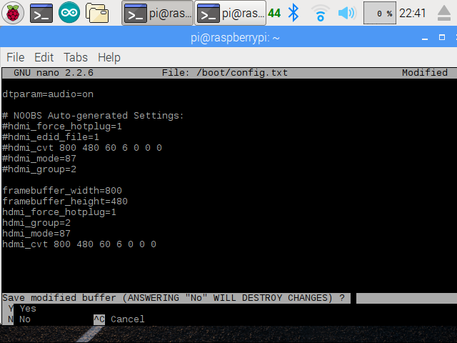 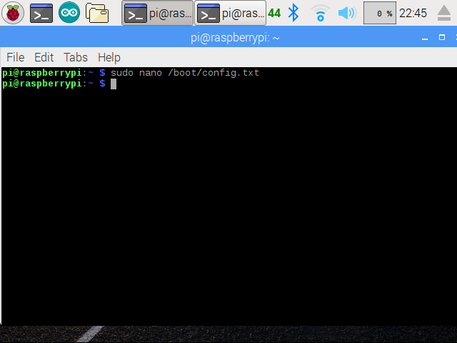 9. After you have added in the text above, press "Ctrl + X" to exit, followed by pressing "Y" to save the changes and then press "Enter" to write the new test changes to the file. 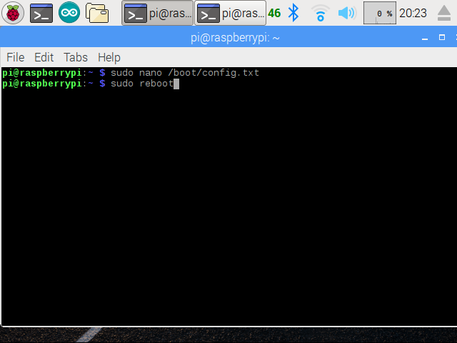 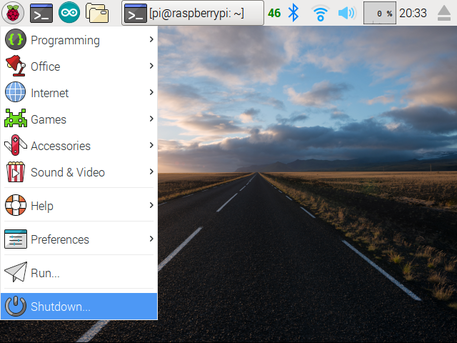 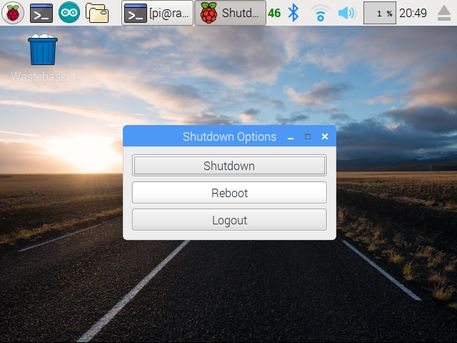 10. Reboot your Raspberry Pi to initiate the new settings added by using the command  below in the Terminal or by manually shutting it down as seen in the pictures below. After this reboot, the display will fit the screen and it will be working normally. When you use the command function to restart your Raspberry Pi, make sure to press "Enter" after writing down the following command below and as seen in the image above: 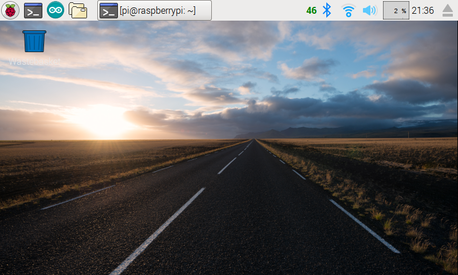 11. Now, after you have rebooted your Raspberry Pi as in the step above, your Raspberry Pi's resolution should be completed with no black, empty screen area anywhere on the display. It should look exactly like the image above:

After doing tests with this 5-inch HDMI Capacitive Touch Screen Display and adding it to my Raspberry Pi, I would highly recommend this product to anybody, whether you want to make it portable or not. When you want to travel or move around, you could easily...

Learn how you can use Laptop's screen, touchpad and keyboard as peripherals for the Raspberry Pi using the VNC Server.
Project Owner Contributor

Connect Raspberry Pi to your Laptop screen and Key

The 2018 Hackaday Prize
A wearable PC using a Raspberry Pi and a Vufine as the display.
Project Owner Contributor