A Pi Zero based mp3 player with ethernet over USB capability

Last night I took my breadboard proof-of-concept for having a button to play and pause the music (super simple using the super-easy python-mpd2 library) and made my first foray into veroboard prototyping, the result being what you can see in the picture here: 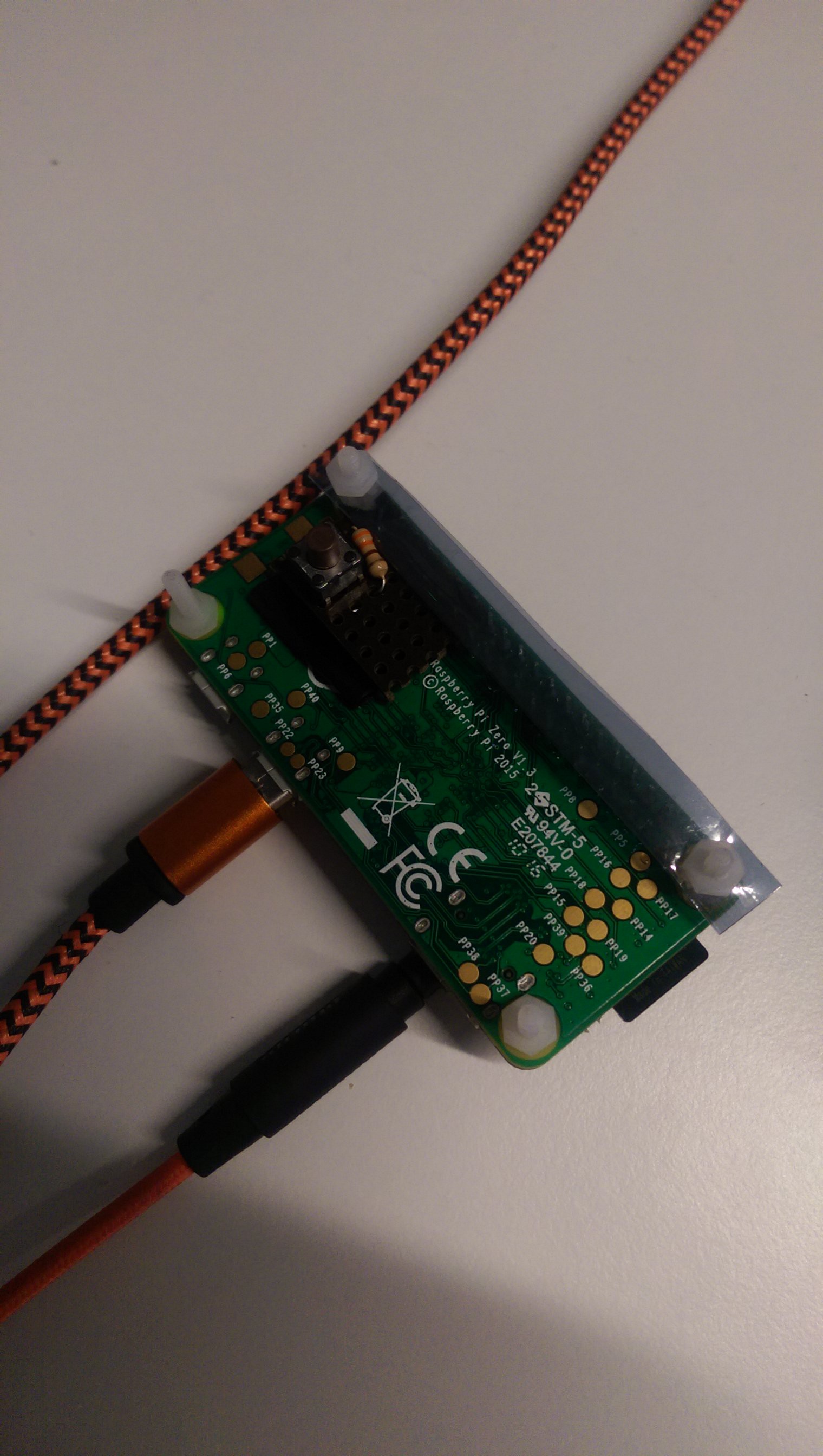 I was really lucky in that I managed to jam it on in such a way that I didn't have to solder it to the pi itself, so this is a really great stepping stone. I'd really like to use something a little more fun and multi-purpose for the actual final controls (I'm thinking a mouse wheel!), which makes being able to remove without desoldering a big plus point.

Additionally I managed to add some code in all of 10 minutes that will handle a long press and make it skip the current track, so already we're a long way ahead from the systemd (ew) script which just plays you that one 3TEETH album and you have to suck it up.

I'll be putting the current incarnation of the code on Github soonish. I also need to seperate out the ansible code for setting up the pi from a seperate project's repository.