Bench Grinders are everywhere. So are fingers. May the two never meet. That's where grinder minder comes in.

Today we want to share one of the core ideas of this project and how we believe an optimal solution would work. As we shared in our first post, the continuous spinning of a grinder after the power is turned off poses a safety problem. Fundamentally, when the power is off, the device should be safe to those around it. Our goal then, is to stop the motor quickly and safely after the power is removed.

When we searched around for how others are stopping their shop tools, we mostly came back with mechanical solutions -- some industrious souls even weld bicycle brakes to their devices. Fabricating and welding custom-made hardware to a tool isn't exactly an accessible solution for most users. Even if it was, the maintenance and impact to the surface on the machine where the brake pad comes into contact with a tool are all elements of concern. With this, we began thinking about the magnetic forces within the motor, and how we could manipulate them to get our desired result.

Before I dive into the diagrams and theory, if you’re not familiar with induction motors and how they operate, I highly recommend reading Hackaday’s article on the history of how the induction motor came to its modern incarnation and/or watching this video by Learn Engineering:

This was Tesla's innovation - the induced field ("Induction") motor. No electrical connections to the rotor (like in a brush/commutator motor) and no permanent magnets. This means less cost and less wear in industrial applications. This type of motor also boasts high starting torques and high efficiency. That's why induction motors are ubiquitous and in everything from a box fan to a power tool. 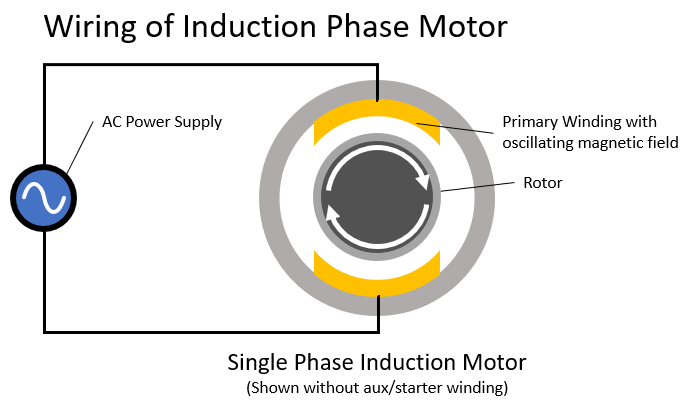 And here we show the motor immediately after the power supply has been removed. (This is a bit of a simplified model to illustrate the momentum of the grinder and the rotor, not to illustrate the effects of a collapsing magnetic field ... which we'll talk about on another post) 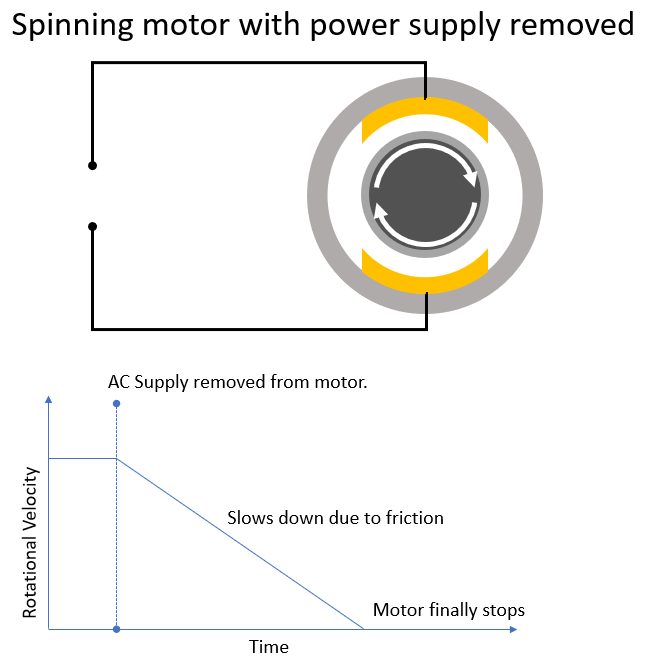 In the graph, we see that the motor spins down at roughly a linear rate due to the effect of friction on the rotor. Since we want to stop the rotor much more quickly, we need to add more forces which will fight the momentum of the motor! As we mentioned, others have solved this before by making the force of friction much much larger. Our approach will use the interaction of the magnetic fields instead.

In this view, we show how you can introduce a new force which will fight the rotation of the rotor. By putting a DC supply across the stator winding, we’re creating a fixed magnetic field in the primary winding! Now as the induced rotor field moves with the rotor due to remaining momentum, its torque is now opposing the new static field, and the speed of the rotor will drop sharply. 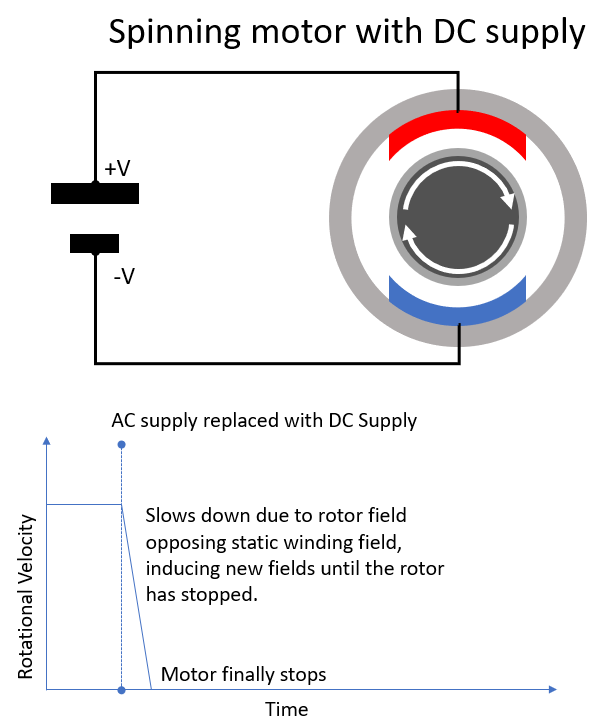 So what’s the outcome of our DC driven braking? We have a new big force fighting to stop the motor, and we’re not burning through brake pads!

While using DC power to stop an induction motor isn’t exactly new technology, making the technology accessible to people using standard shop tools is. We have prototyped a few ideas, which we’ll share in an upcoming post, but we still expect quite the challenge in bringing this technology to consumers while keeping the budget consumer friendly. But hey - who doesn’t love a good challenge?

Ouch - Those Are My Nurtles!