Do you often forget to drink water when you are busy? Welcome to try our drink reminder water bottle.

Things used in this project

Here is the idea, we use Ultrasonic Ranger to detect the changes in water level in the bottle, and use this to calculate how much water did we drink. And use RTC to get the current time, if we don't drink for a long time, raise an alert to remind us that we should drink. The OLED will display how much water did we drink and how many times we reached the goal real-time.

These libraries can be helpful in this project but them should be installed manually, so please download and import them to your Arduino IDE:

For controlling OLED, we create a class named Display, then we can call showDateTime() method, showProgress() method,showContinuously() method and showAlert() method to display date & time, drinking progress & goal, how many days reached the goal continuously and drinking alert in OLED. 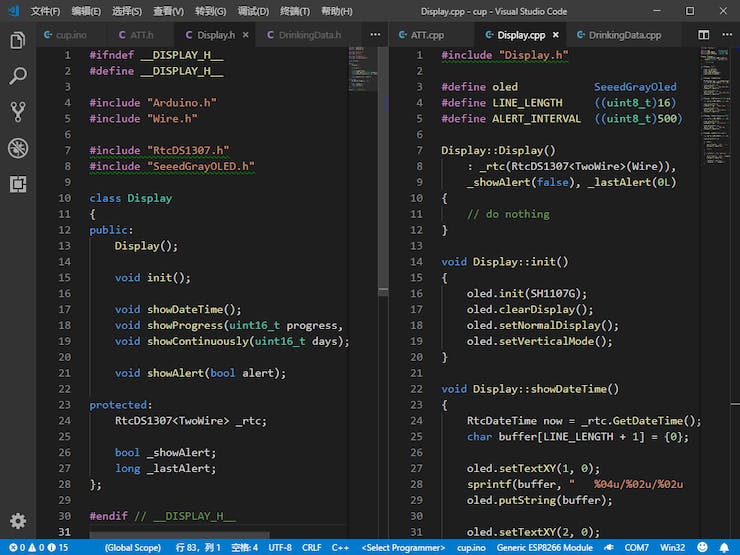 In the methods mentioned above, we use the basic OLED display methods like:

Before using them, you need to initialize the OLED, which means calling init() method in setup() produce:

For collecting drinking data, we created a class named DrinkingData. We can use setGoal() method and setAlertInterval() method to set the goal of daily drinking and how often raise alert if we don't drink water. 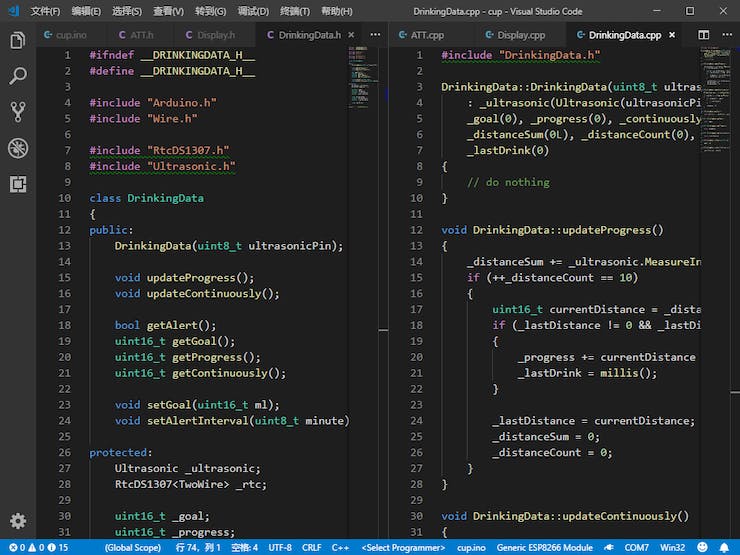 In addition, we can call getAlert() method, getGoal() method,getProgress() method and getContinuously() method to get if there is an alert for now, daily drinking goal, drinking progress today and how many days reached the goal up to today.

updateProgress() method and updateContinuously() method should be called in loop() produce, they will update your drinking progress and update how many days you reached the goal.

Think further, if you want to send your drinking progress to a cloud, for example, AllThingsTalk.

In AllThingsTalk Playground, you can create a device easily, and get its Device ID and Device Token, your should replace it in ATT.cpp. 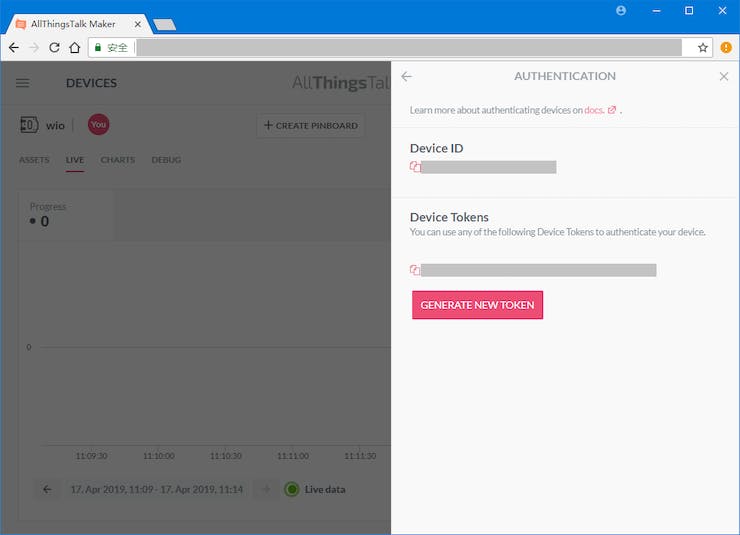 And then we create 2 functions, named initATT() andsendProgress() in Arduino IDE.

In initATT() function, we subscribe your device to MQTT server, aka "api.allthingstalk.io". And in sendProgress() function, we build a new message, and send it to ATT.

If you don't want to use a cloud, please comment initATT() andsendProgress() calling code in setup() or loop() produce, or the program will be stuck at them.

Finally, fill your Wi-Fi SSID and Password in cup.ino, and power up Wio Link, you will see the drinking progress uploaded to AllThingsTalk. 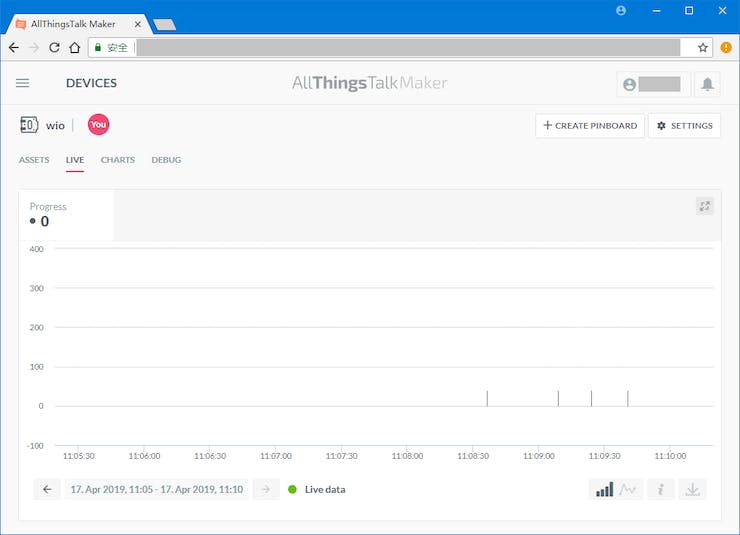 A two Arduino project that I hope to make into a gaming device.
Project Owner Contributor