Armed with a Nerf blaster. This turret tracks and shoots down micro drones, otherwise know as "Tiny Whoops"

With the auto-loader tested, all that was left to do was install the extra electronics in the control box.

I took the whole thing apart, drilled and tapped new holes, then re-assembled everything and re-routed the wires. Came out decently clean, despite being hacked in as an afterthought. 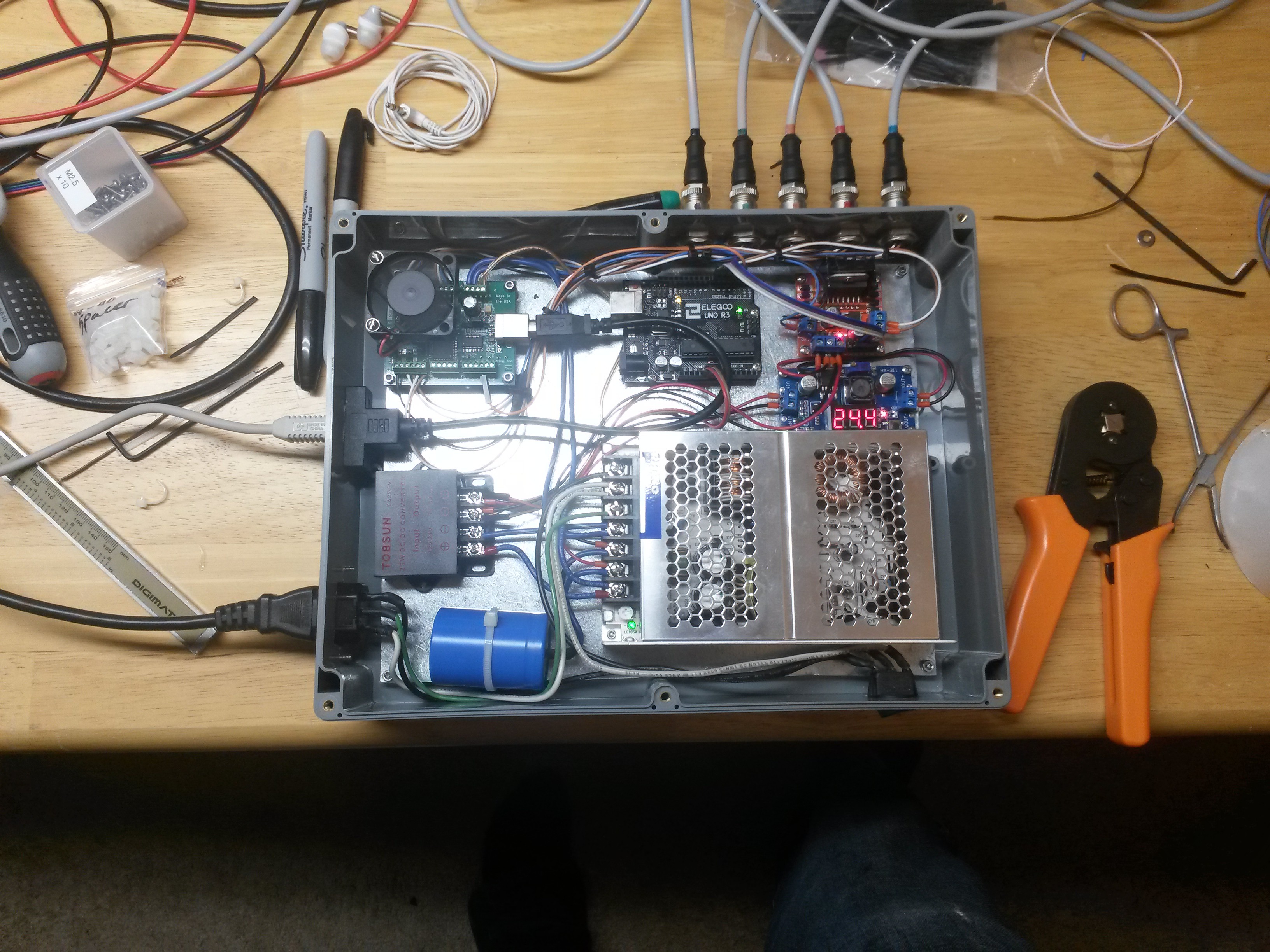 The system is pretty simple.

I used an M12 cable and some heat-shrink butt splice connectors to connect the nerf gun to the control box. These connectors are great, they're waterproof, and the can be installed with just a lighter!

Got the Nerf Auto-Loader Working

Auto-loader is now integrated with the software