After the disappointing failure of rosin soldering flux to dissolve IC packages I was skeptical that plain rosin (also known as colophony) could do the job. I was wrong! Here are my steps:

Remove any pins from the IC. Our victim is a small SOP package pulled off an old motherboard. Here's the datasheet if you're curious, but it's basically a voltage regulator.

Put IC with a generous amount of rosin in a test tube (or other glass container). You don't need to fill it up, but around half of it will boil off during the next step. 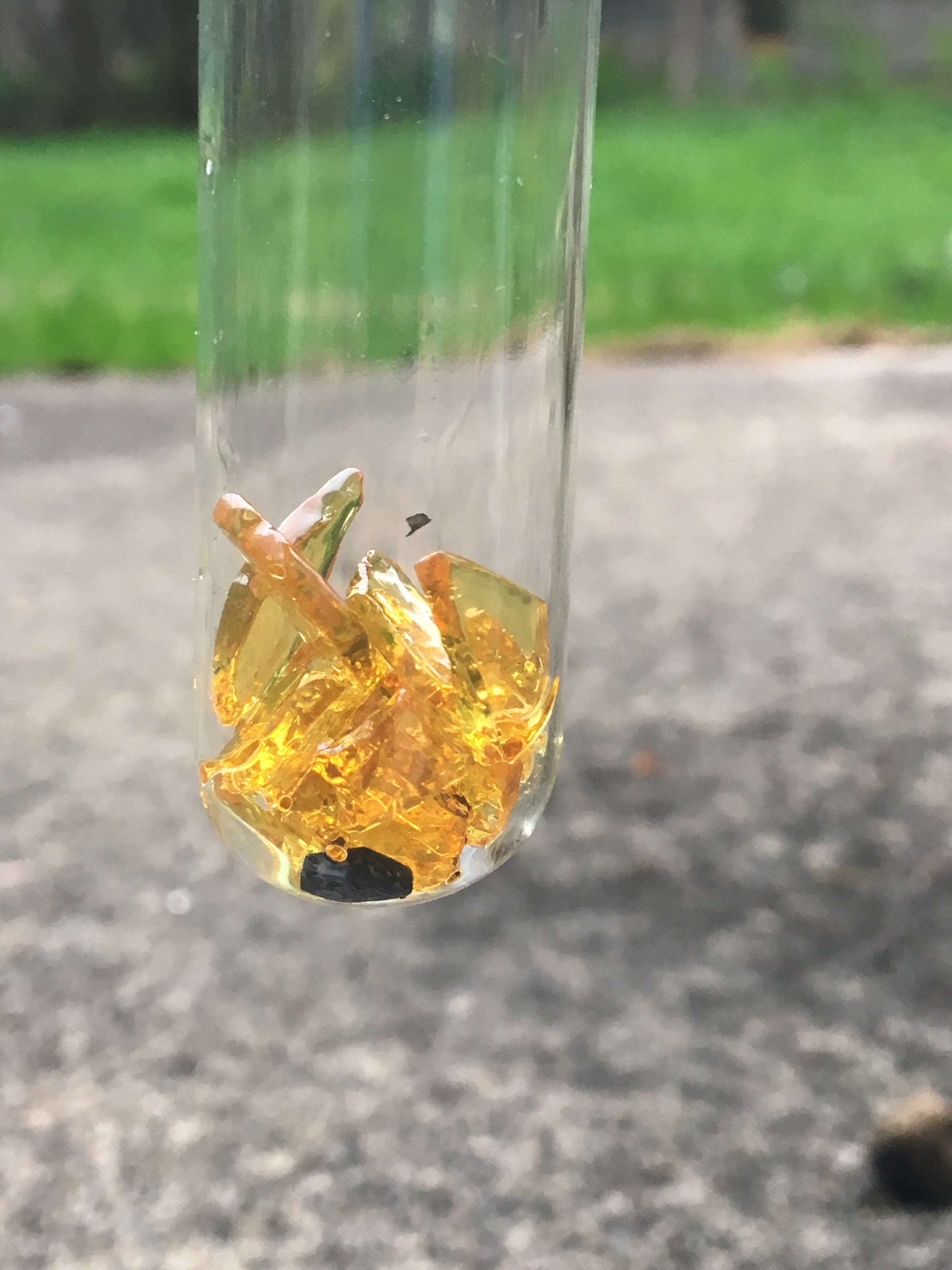 Heat to a rolling boil for 20 minutes. Notice that I am doing this outside. The smoke you make while soldering is from the flux that solder uses, so as you can imagine boiling a couple milliliters of the stuff produces quite a bit of smoke. Also dress appropriately: rosin boils at over 300 degrees Celsius and is very sticky, you don't want to get it on your skin! Fortunately it doesn't pop and spit nearly as much as the rosin flux did, but I was wearing long sleeves, welding gloves and a face shield. That may be a bit overkill but after getting paint stripper in my eye a week ago I'm not taking any chances! 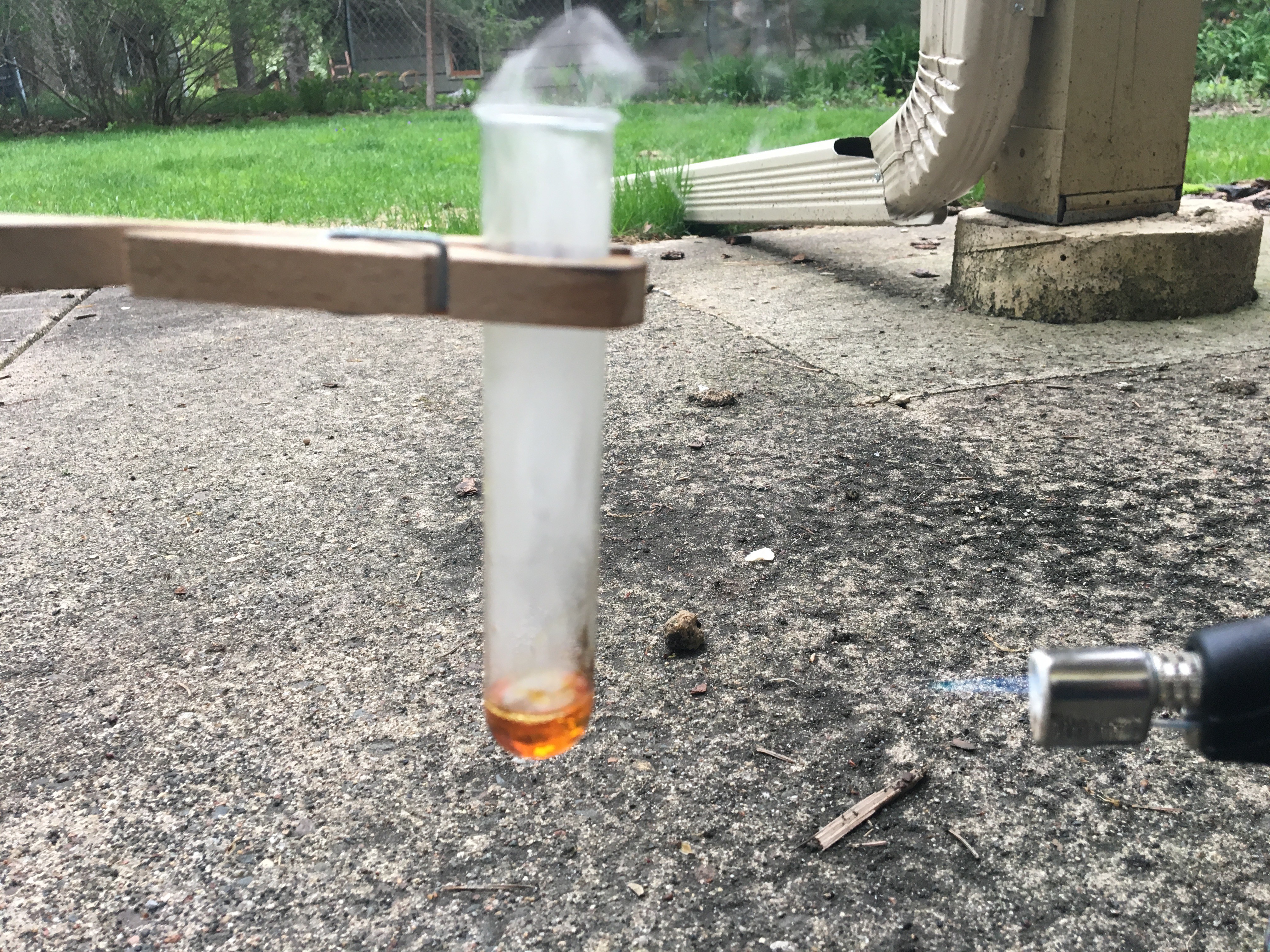 As you boil the rosin it will become dark as it eats away the encapsulation.

Let Cool. Wait, what have we here?

Dissolve the rosin with acetone. This isn't as easy as it sounds, you'll need to mix it a little and maybe warm it a little too (no, not in the microwave!).

Pour it out and look for something shiny. You'll still find black bits of encapsulation, but the die itself is a somewhat shiny square or rectangle. However it may be very small.

That's the best picture I can get of it, I'm not even sure if that's the top or the bottom! Being a voltage regulator it doesn't have the fine features that make those pretty colors in more complex chips. But boy is it small!

Interestingly enough, the die separated from the paddle. You can see one of the bond wires attached to it. Unlike the others I've decapped this was clearly a wirebonded chip.