A USB HID gamepad integrated into a phone case.

We're pulling the plug on our old 3d printer, the CEL Robox. It has died too many times. We're not repairing it again. [ldrrp] got an Ender 3 and I got an Ender 3 Pro (nearly the same but with a magnetic bed). Both are awesome and we've been cranking out prints.

I've been working on the case a lot recently. No more Fusion 360. OpenSCAD is proving to be much more flexible. It's also rather easy for me to understand as a programmer. User customization and conditionals will make this shell truly configurable for multiple phones. In the future expect to see automated STL builds using config files for more phone support. 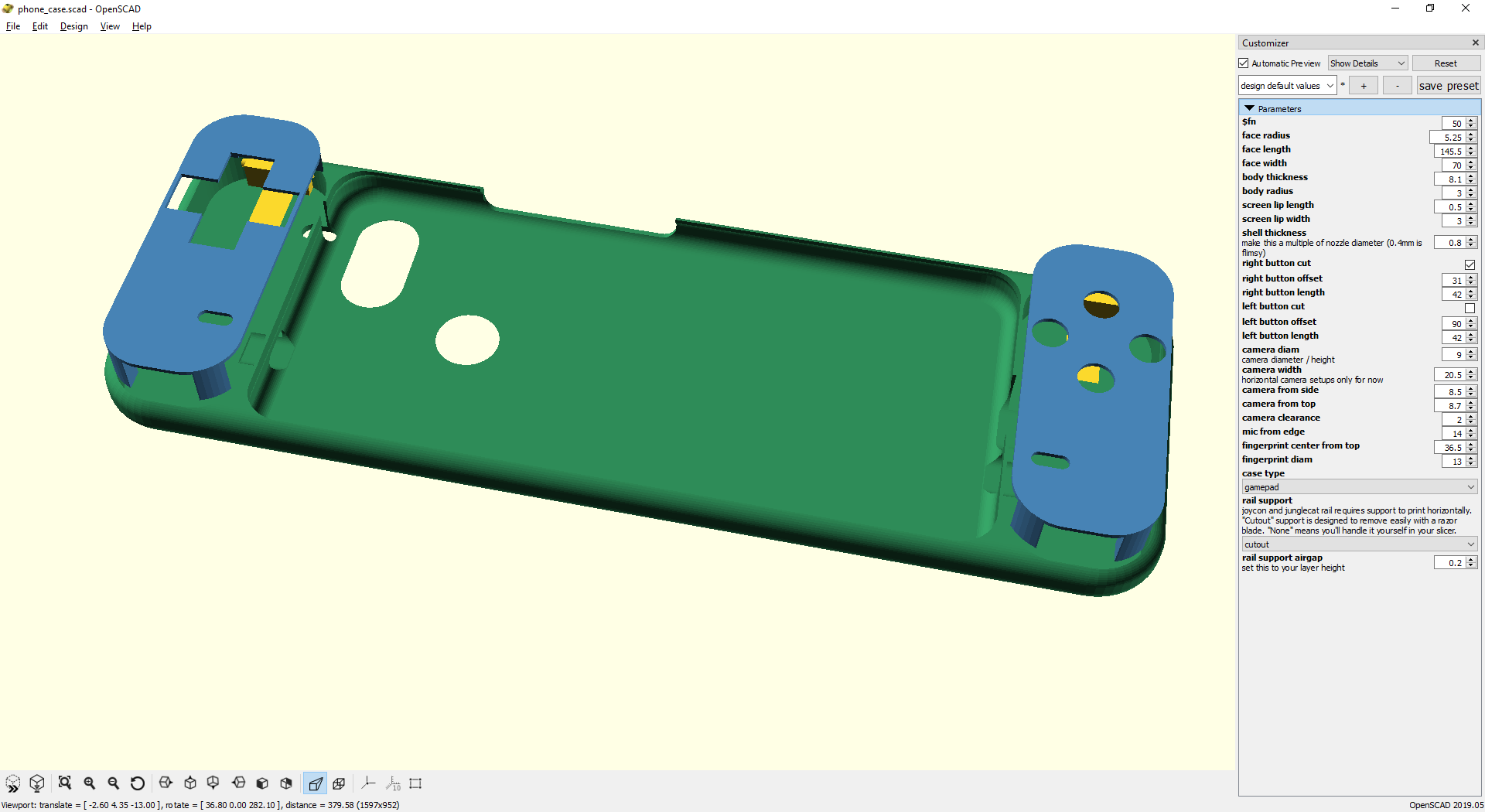 Old gamepad PCB sitting in the last print the CEL Robox was able to achieve. This version had several overhang issues in the 3d model that I've fixed. Phone fit was also whack.

Peep these customizer options. I can use conditionals to add or remove large chunks of the case. 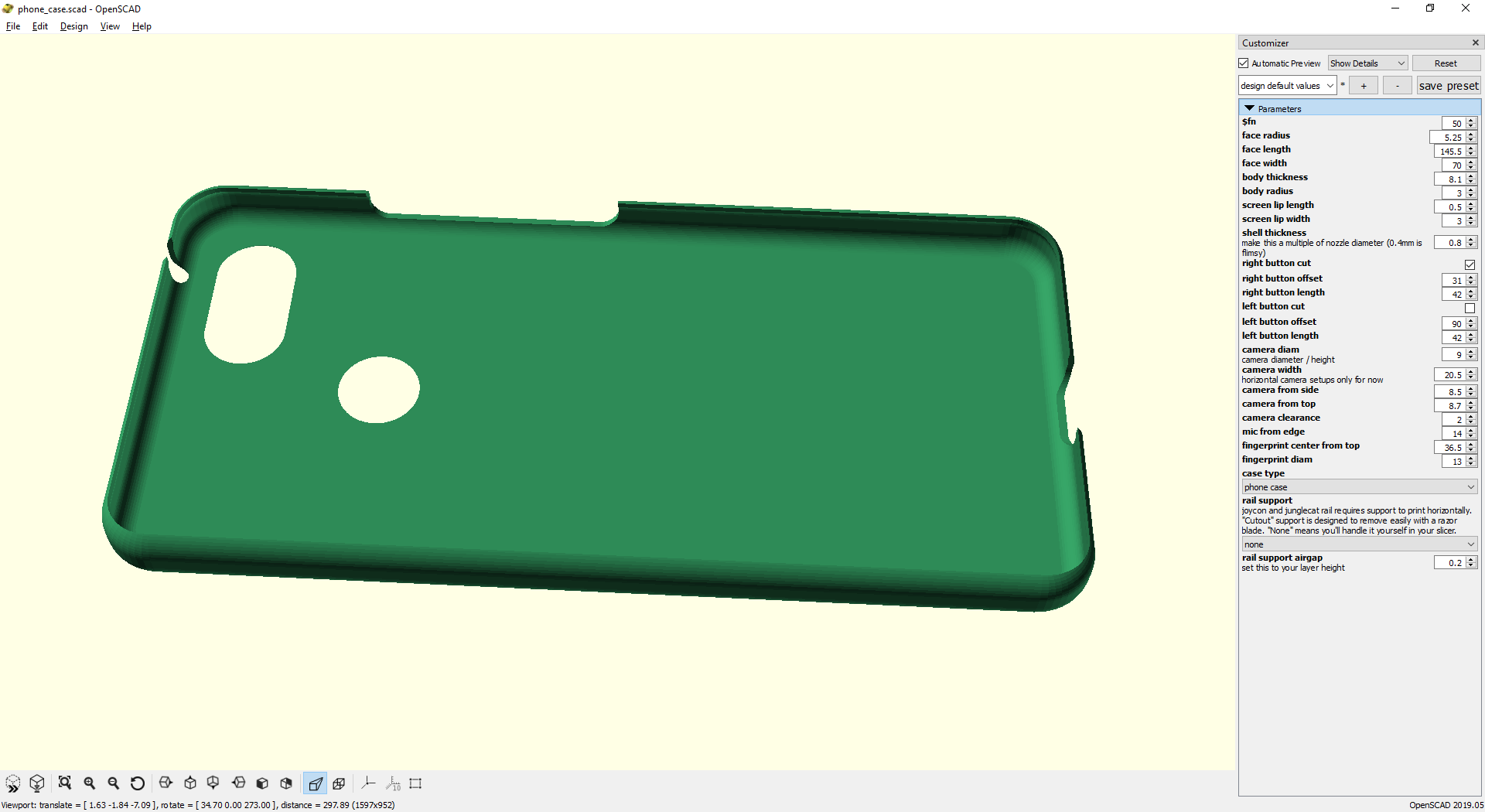 Joy-Cons are ready and Junglecat support should be easy when I have dimensions. This will be cool when more phone configs are added. The Razer Junglecat only has cases for 4 (four!) phones right now. Maybe I can convince Razer to send me a Razer Junglecat. I'm not spending $100 on those right now. If anybody has a set and some calipers, contact me.

The case works. Unfortunately many emulators (RetroArch, PPSSPP) don't support input from 2 devices at once. Dolphin emulator handles it though. On top of that, my phone gets the infamous Joy-Con lag which makes these unusable until I can find a patch. 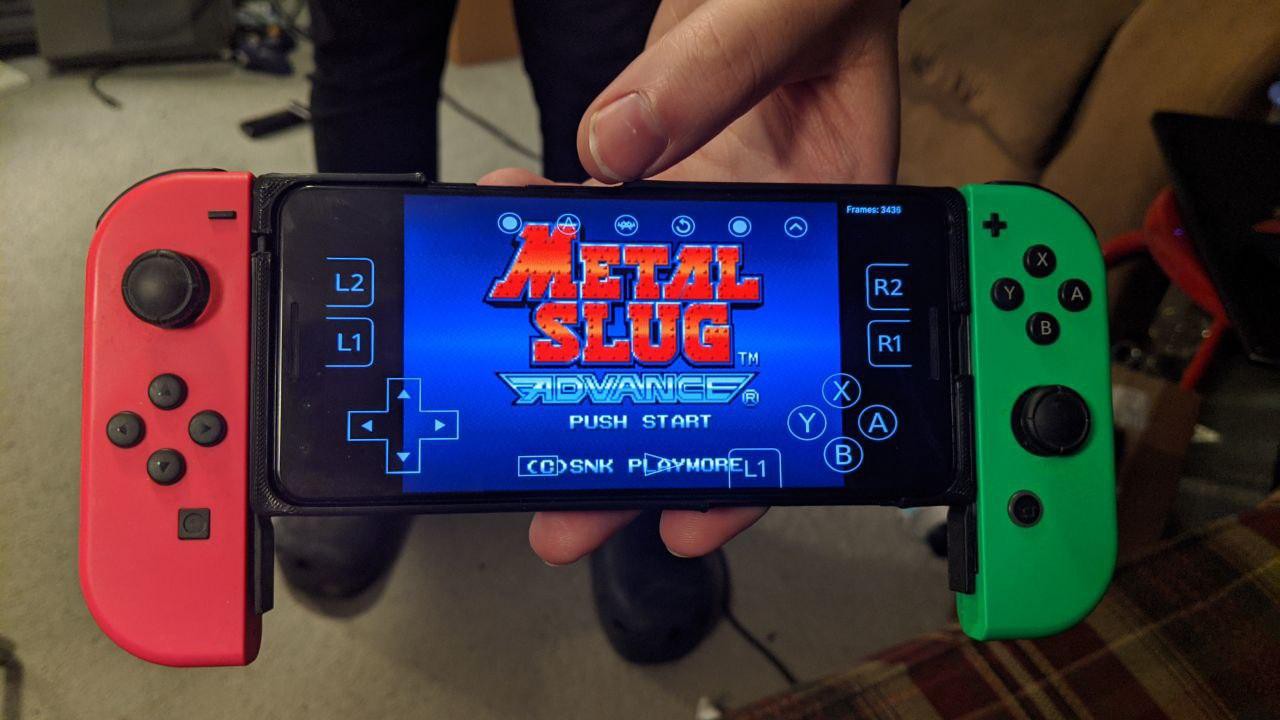 Check out this ugly bottom infill pattern. I've since changed the slicer settings.

Switched over to Matrix