A USB HID gamepad integrated into a phone case.

I've officially named the project Cuttlephone, after the shapeshifting Cuttlefish.

I've been putting decent work into the OpenSCAD case lately. A friend and I both use it as our regular phone cases. I have Pixel 3, he has a Pixel 3a. 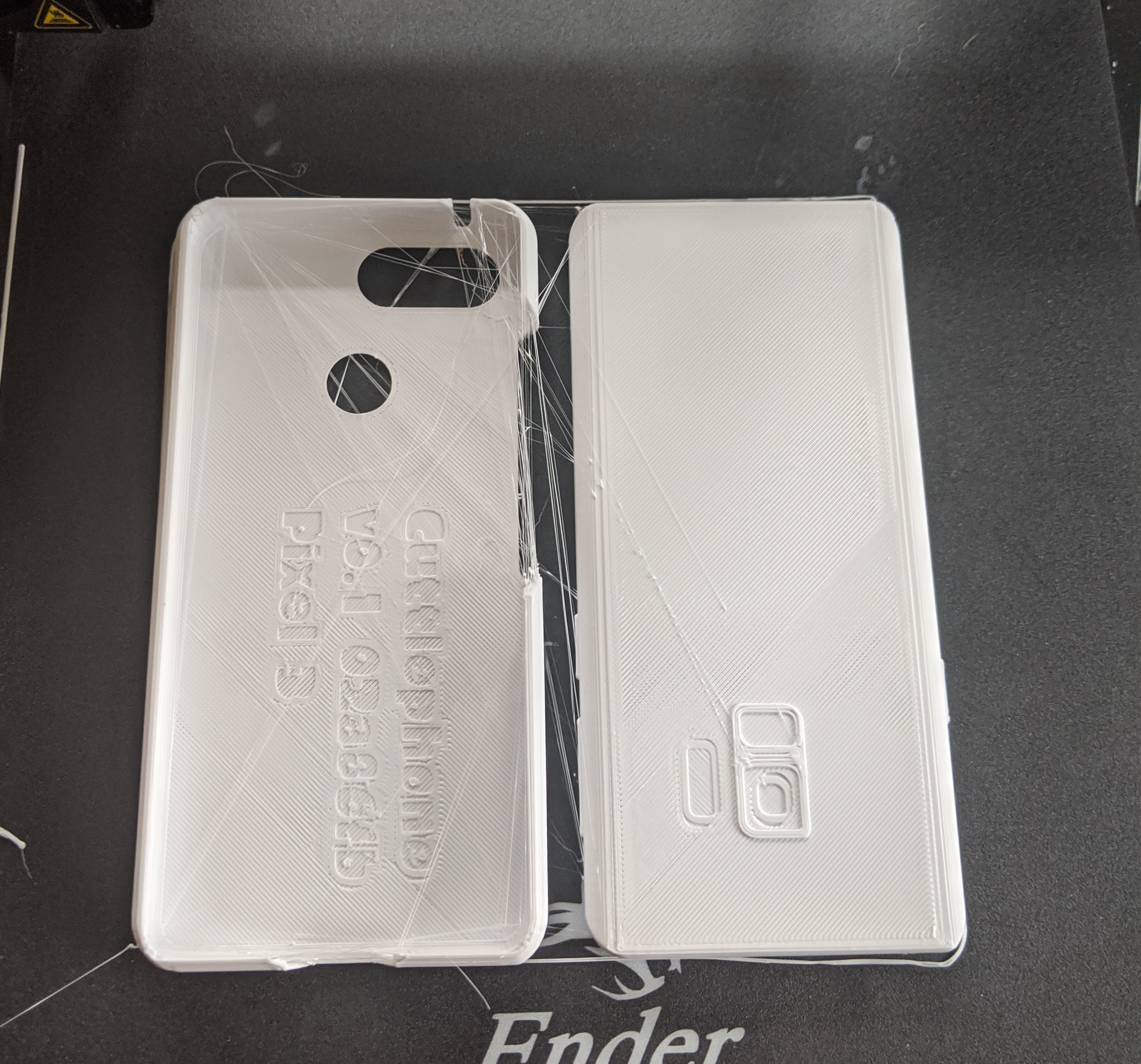 Here's an early version of my case and a mockup Galaxy S9 used for testing. Text is embossed including phone model, case version, and git commit hash (sometimes debug cases don't have git commit). I've been printing in white because it's easier to see details. I love the Splatoon font - unfortunately it can't be used for commercial purposes so it will eventually go away. 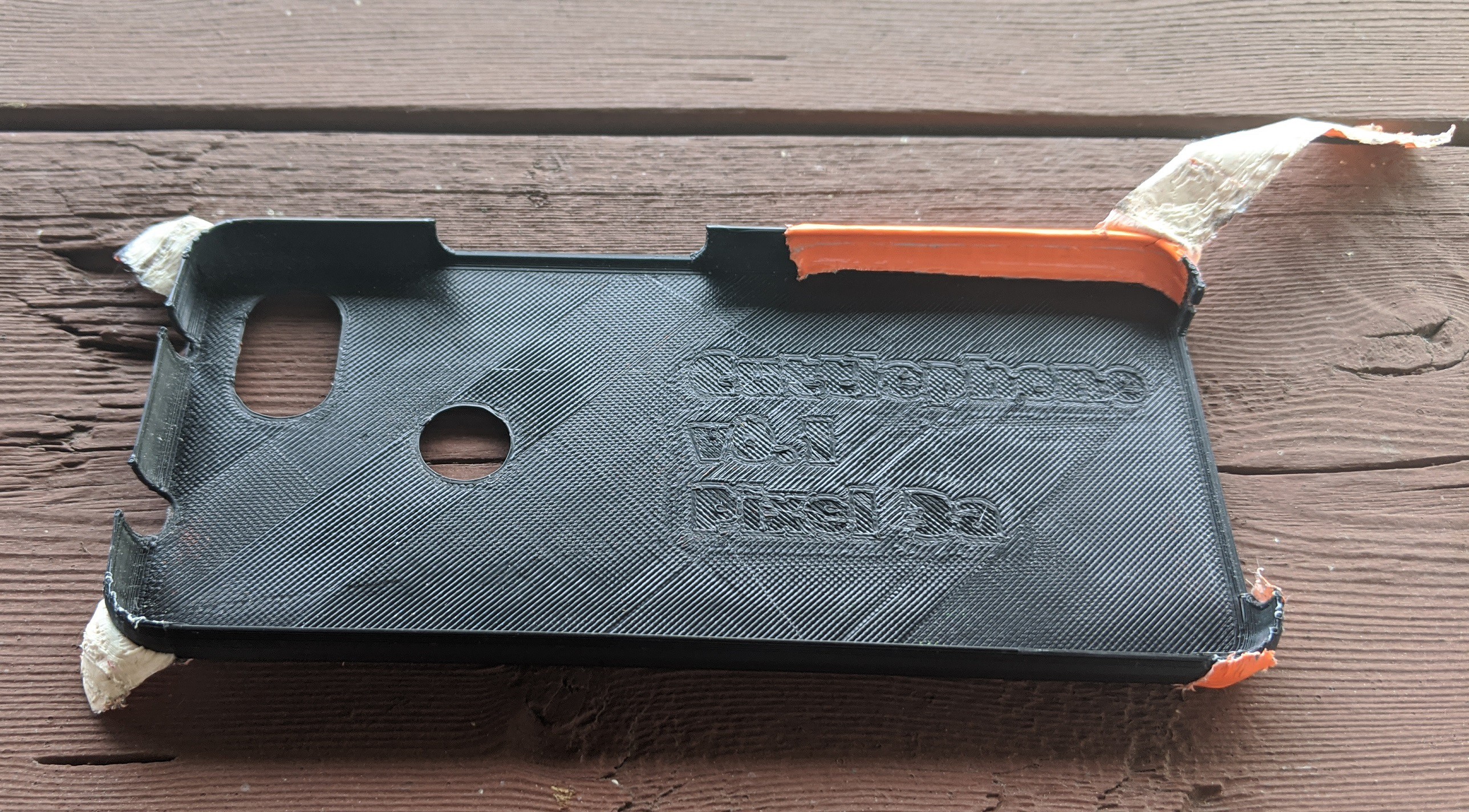 Here's my friend's case after a month of beating on it. He used duct tape to patch the corner and improve for visibility. We'll be trying different colors later.

A number of details were improved such as thickness, lip to protect the screen, phone insertion/removal, reduced snagging on clothing, more finger space near buttons, etc.

You can see the anti-snag bevel here. Fillets in OpenSCAD are difficult so this is a simple 45-degree cut. Filing is recommended. This pic also shows a known flaw - thin corners that eventually chip. This geometry needs to be improved.

I also have a working build script. It will generate 3d models (3mf or STL) for all the configs available. I'll be using this later to release pre-rendered models for all phone models and all case types.