The project idea started with the Sequoia Hack 2016 at Bangalore, India where we decided to use two the devices they were providing -Amazon Tap and Estimotes to make an indoor navigable voice controlled robot - Dobby. 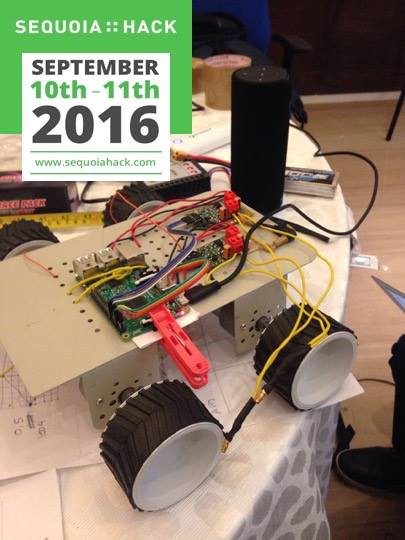 The plan started as using Estimotes for indoor-localisation and using Alexa API to process and voice-control to map commands to intents. Once we setup the hardware, we created the Lambda top map the commands to intents and the next challenge was to process the commands and send them to the raspberry-pi on-board to execute them. For the purpose of solving the prototype in 24 hours, we found out about adafruit-io and IFTT triggers which helped us easily convert voice commands to GPIO signals.

Next we spent hours trying to test Estimote during the hackathon for localisation purposes but the data from Estimote BLEs were horrible and highly uncertain which despite 5 hours of trying to hack up a localisation solution using estimotes, we had to give up on it.

We concluded the Hackathon with a voice controlled robot.

Next, we created the Github project and added Issues to it in order to work to make it a complete indoor-assistant robot.

More logs as we work more on it!

P.S. Dobby also took many Selfies during the Hackathon.