A project log for Diapason : m68k homebrew with FPGA graphics

Before the rest, I wanted to mention I made a new test image for the bitmap modes. The new one shows artifacting much better than the old one, and is a little more visually interesting:

This is what I'll be using from now until I decide to change it (never). Above is what it is supposed to look like, so if it doesn't match then you know something is broken.

First and most important thing, I fixed the strange bug causing the pixels to change size! The problem was with the way I was multiplexing the internal buses with the external ones. I have no clue how exactly this caused the screen to do what it did, but at least its fixed. The old logic driving it was this:

However, I noticed another bug playing around: The screen is shifted up by two pixels, even when the scroll register is 0. I don't think this bug was caused by anything recent, because I looked back at the Images on my previous project log and It's there too! It flew right under my radar, probably because it blended in with my desktop theme's black frames. I only noticed this because I accidentally made the background colour off white (again, no idea how), causing those lines to become a blinding beacon to my eyes: 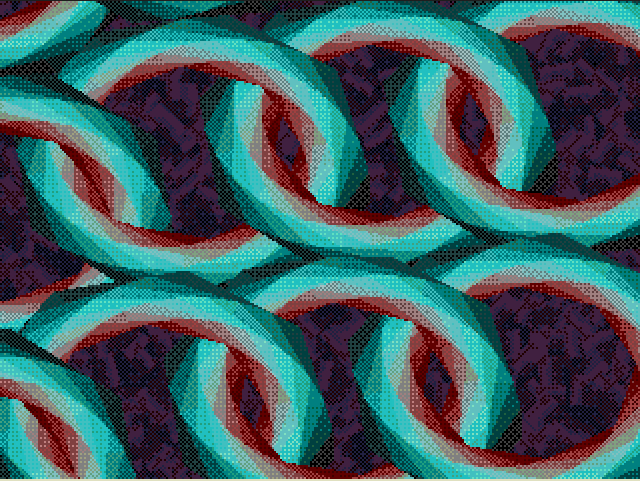 I've tired myself out implementing new things as of late, so I spent some time just playing with it and trying to generate interesting effects. Here's a few of the ones i thought were the most interesting:

I'm pretty pleased with what I was able to get out of Diapason so far, to say the least. This time I'm going to focus solely on bringing the hardware up, any maybe a bugfix.