Wheatley is a hilarious character from the game Portal 2. My project will run on a track on the ceiling, look around, and say funny quotes.

Over the past few weeks, I have built a new, stronger, core for Wheatley. As I said in my last project log, the old core wobbled a lot and even after having Wheatley on the track for a few days, things were starting to fall apart.

The new core is made up of two large 3D printed parts acetoned together. In total, these parts took about 20 hours to print. This new core is a major improvement. Before, there was about 45 degrees of wobble up and down. Now there is only 5 degrees of wobble. Overall, the whole assembly is much stronger now. It is also much easier to mount electronics and the wiring looks much nicer than it did with my earlier core. 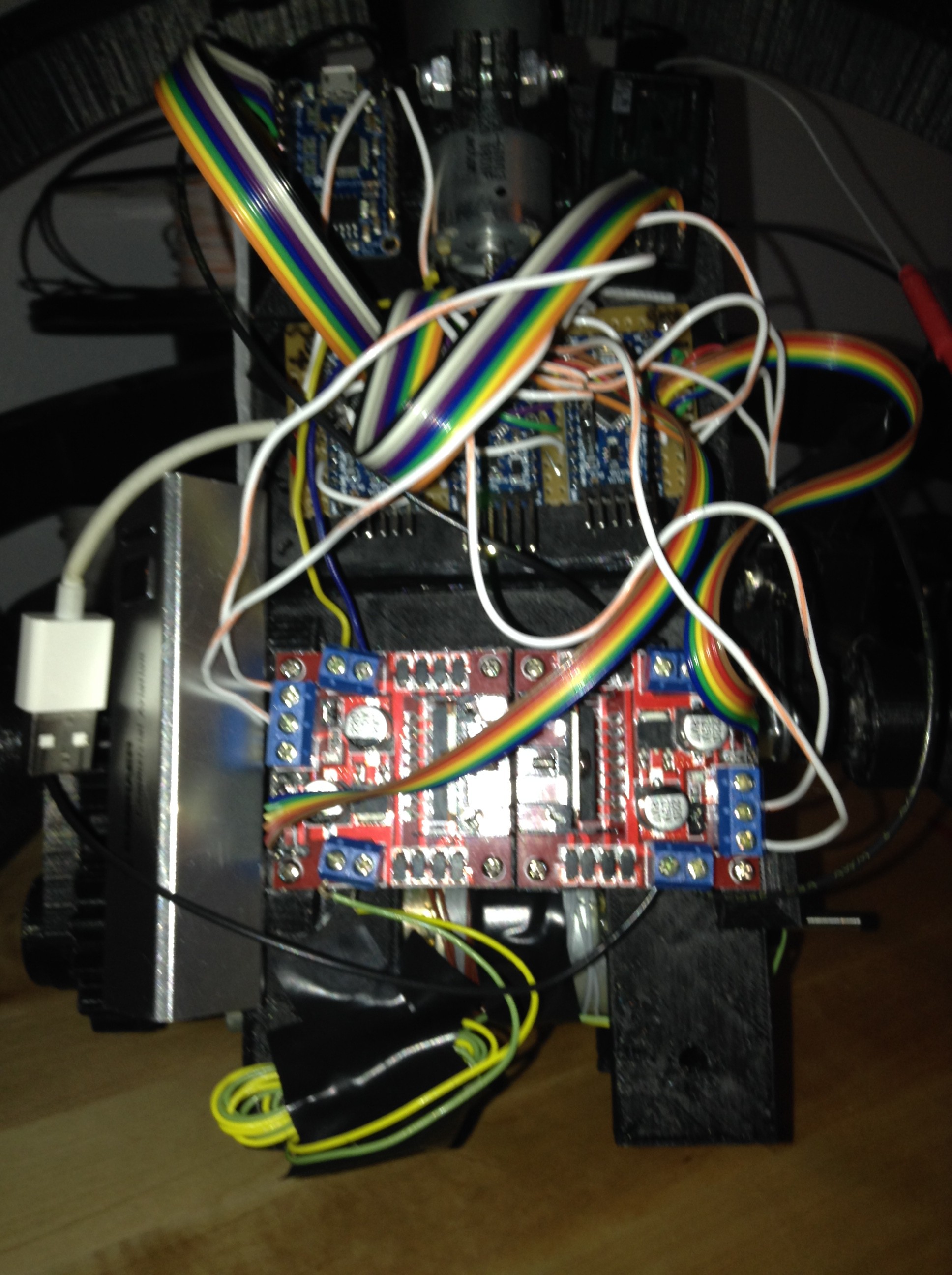 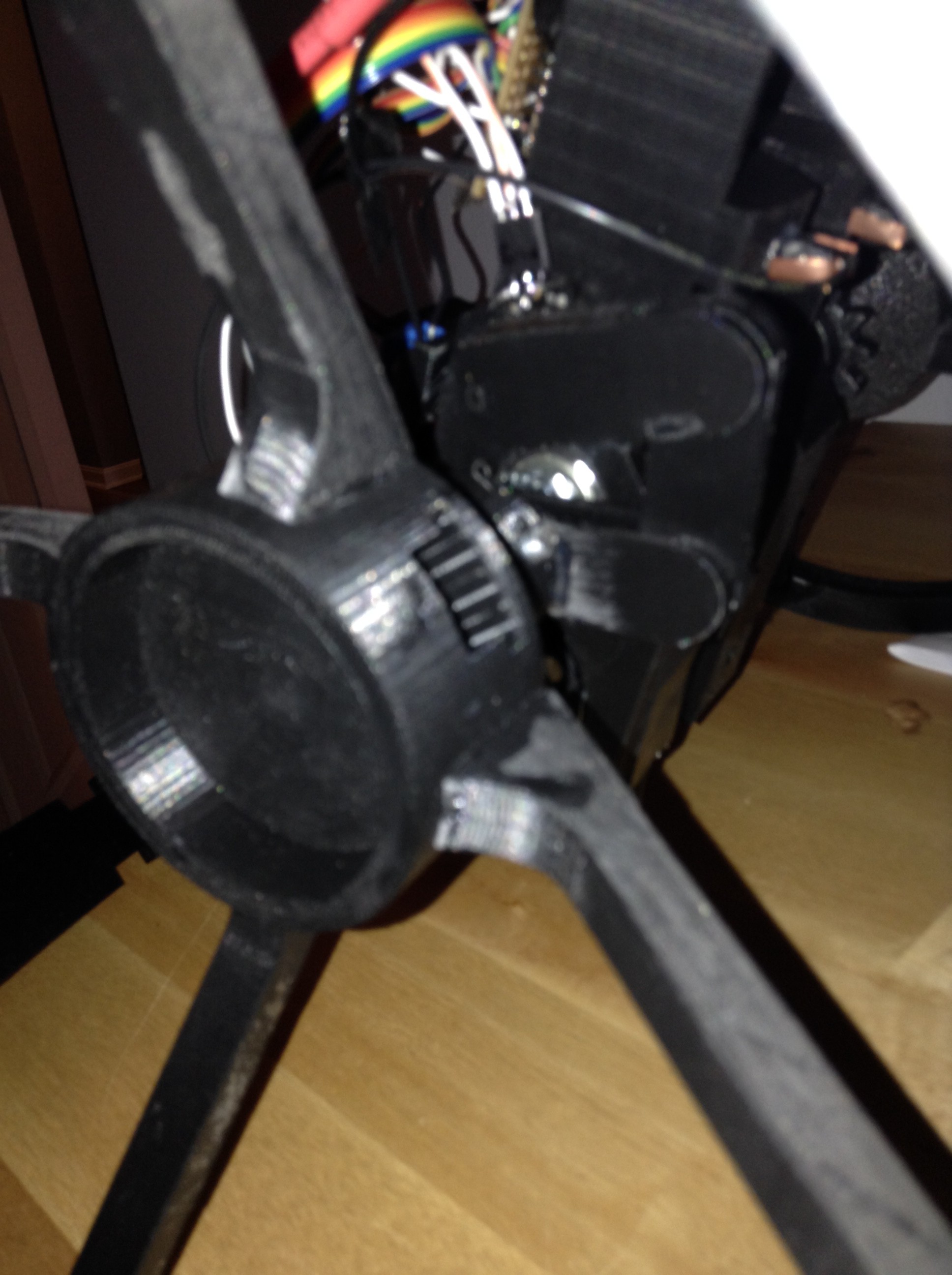 I have also added in a potentiometer and programed it so that Wheatley only looks up and down about 90 degrees and doesn't break himself. There is also a slight acceleration and deceleration programed in. I will upload my code to main page of this project.

Another thing that I started working on is making a mechanism so that Wheatley can rotate as many times as he wants while still having the wires connected to the TAD. I will explain this more in future project logs. Here is a pictures.