For Microcontroller based curve tracer 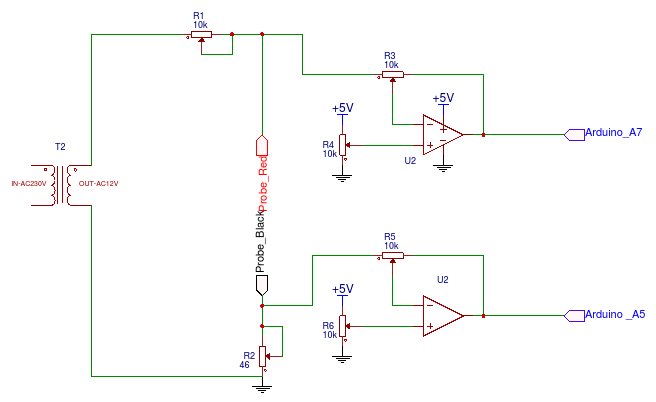 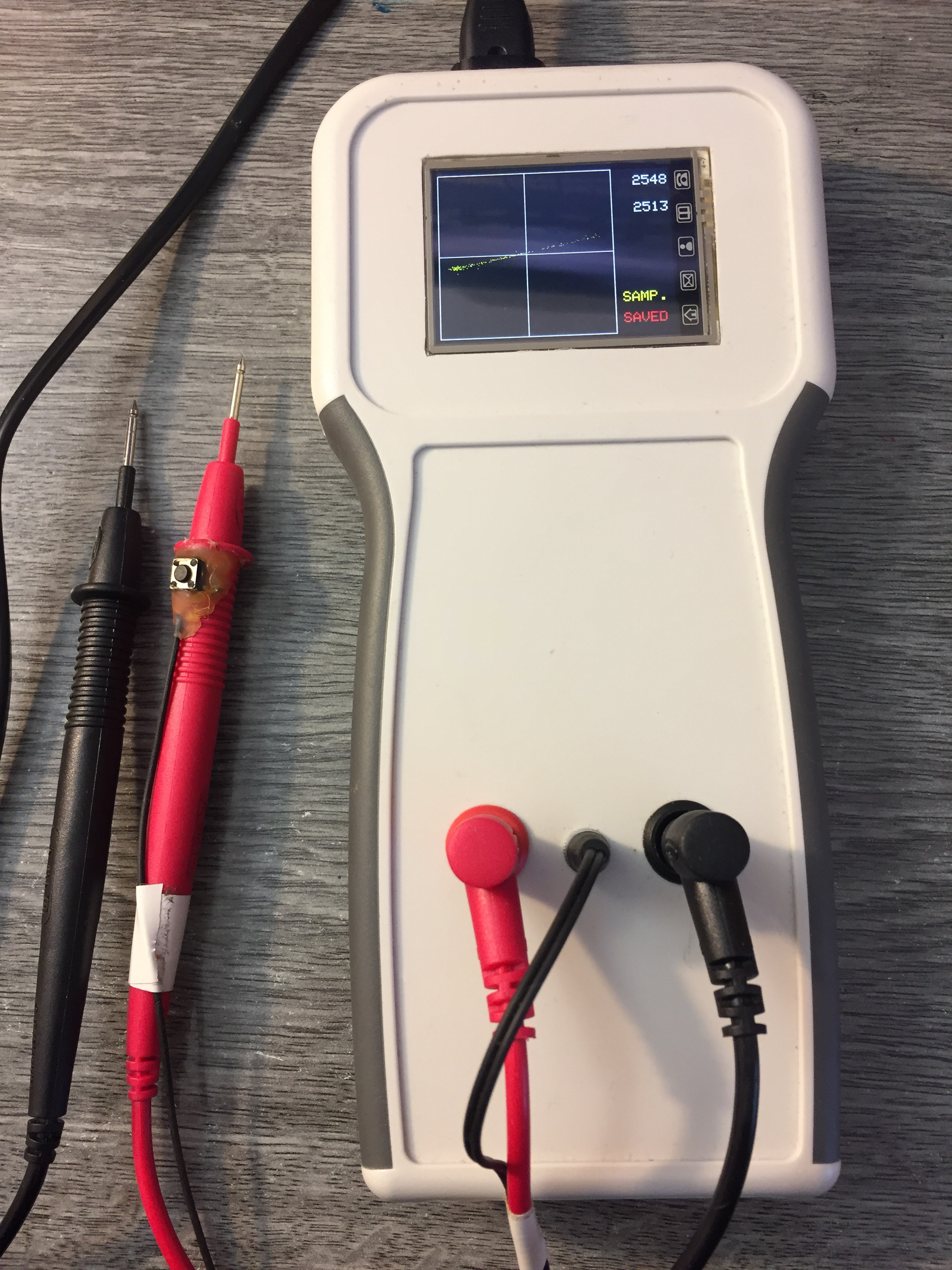 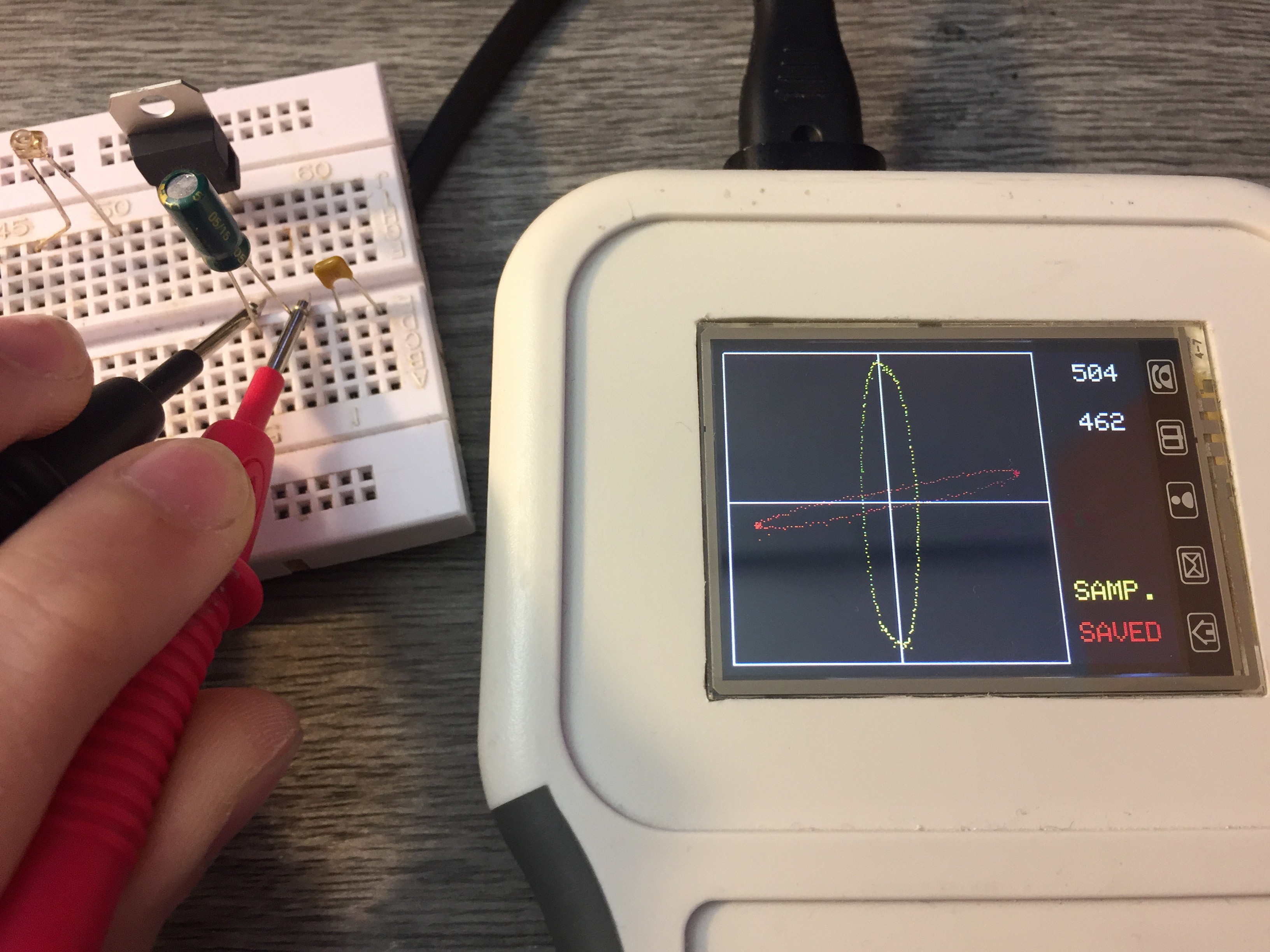 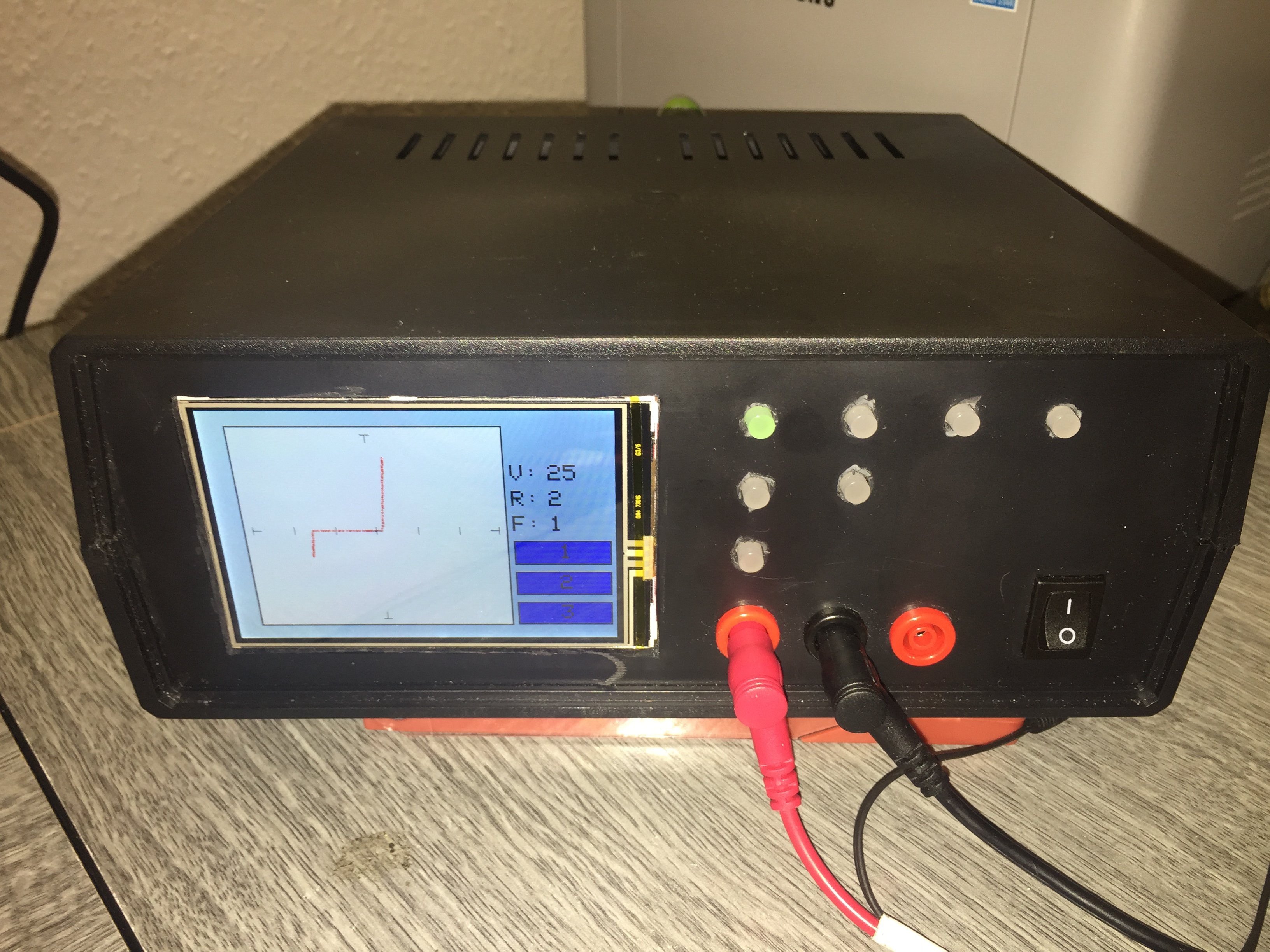 A bit of explanation what the circuit will do. The arduino pro mini at the left acting as a Digital - Analog converter, so it is generating sine wave at variable frequency ranges. Next the signal is going to a digital potentiometer, with that we can set the signal amplitude, before it is goes in to an audio amplifier, which is gives it a bit of power. The next thing is to set the current limit resistors, I did it with some reed relay and some trimmer potentiomer (the resistor values at the ranges are not setted yet). I recommand everyone to use reed relays, becaus it will be much much quieter than with regular relays, and trust me I built the Version 2 with regular relays and it is so annoying.

Anyway, lets continou this, after the resistance selector section it is going to 2 other reed relay, which is making two input channel from one, so that way you can compare. This is the positive input if the instrument.

The other side is the negative probe (black probe) which is simmilar to the Version 1 circuit, it is just a current sense resistor.

After that has 2 op-amp and 2 digital potentiometer for the auto ranging on the output for the oscilloscope.

The main processor is a arduino mega, because it is cheap and easy to buy, so ideal for an ope source project like this.

SUF joined the development and he right away had some great idea about how coud we improve my sketchy Versions.

He started designeing every main part from the beginning, and I am glad he did, because the results better and looks more like profesional work. The Version 4 will solve every problem, which I had before and it may functional better than anyone thought.

You already can see in the log section he is actively posting logs about the new version and how it is going.

You already can find the link for his Gitlab in the Link section.

Be aware the designe is not finished yet so I recommend everyone to wait till we have a stable and good working device. It may take some time, because of designe changes and finding bugs in the systems.