A project log for Portable CRT TV with Retropie+Kodi combo

So I bought this old portable black & white TV. What next?

Since the unit arrived in such good condition I took great care to disassemble it without damaging the soft plastic or scratching the front transparent cover in the process.

There are two screws on the top back and two more under the front.

After removing them it's easy to take out the top cover and it should be easy to separate the shell into two halves. But there was a clear obstruction on one side and I didn't want to break anything by using force.

After several minutes of trying, it turned out that it was the big wheel for tuning that has been keeping the parts together. After removing that obstacle, I was finally able to open the device. The cables are long enough that I could open it completely without the need of disconnecting anything.

There is one control board responsible for radio and TV. Power supply is completely separated in the back part of the enclosure. The third PCB is responsible for the alarm clock and is quite independent from the other two. It even has its own AA battery.

There is one more thing that I would have known about, had I read carefully the Radio Museum page about the device: it's actually battery operated. The battery compartment is at the bottom and occupies whole length and width. I'm not going to use batteries at all, but this gives me some room for any extra electronics, like Raspberry Pi.

I didn't disconnect any leads, so it was quite difficult to make a good photo of the inside.

The TV and radio control circuit is on a single sided board. There is a lot of information on the silkscreen, including test points. 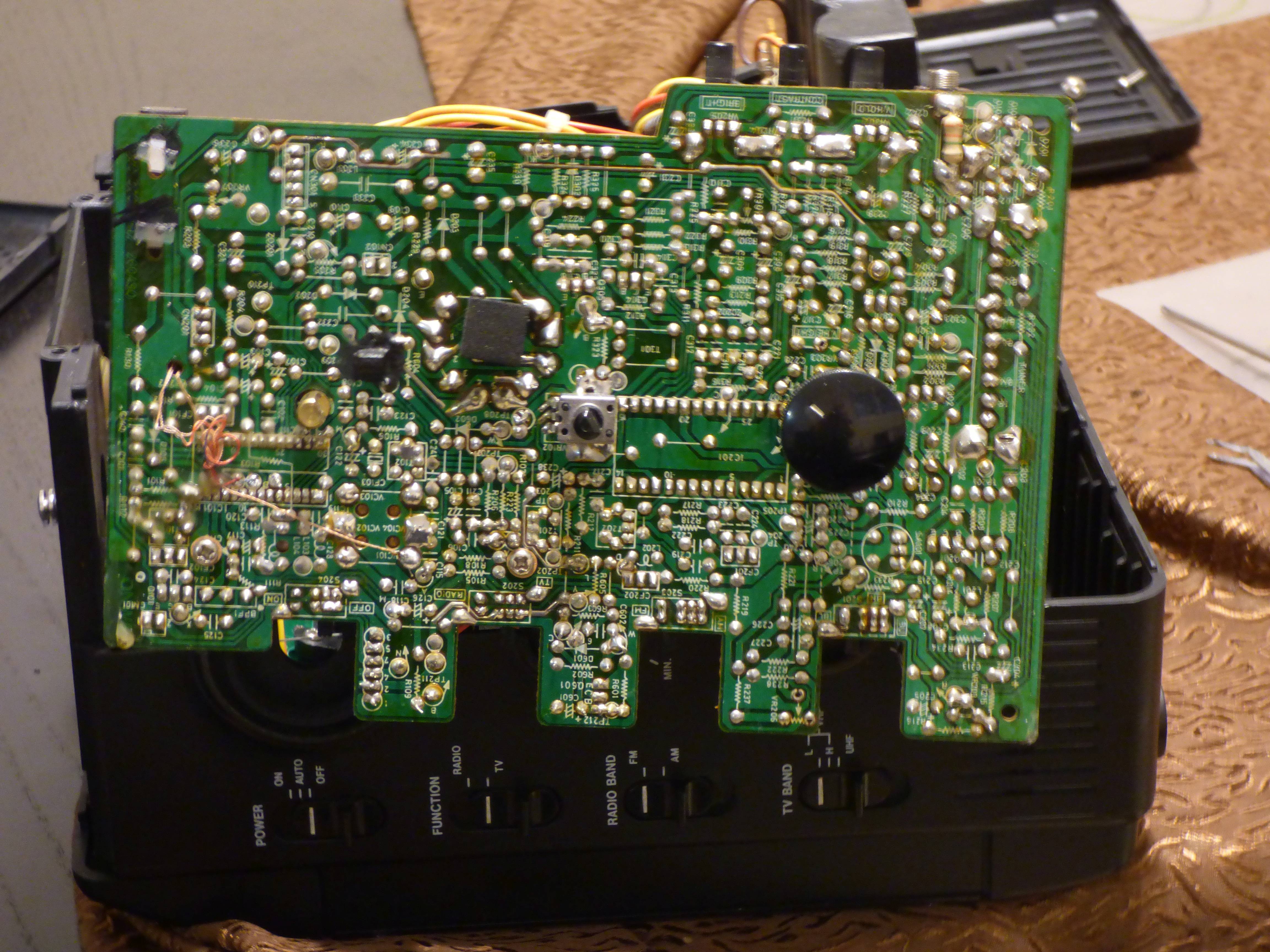 Too bad I was not able to find neither schematic, service manual or even user manual for that thing.

When putting everything back together it's important to set the sliding switches into correct positions.

I have done some research while waiting for the package to come and I was happy to see more or less what I was expecting: RF modulator in a can and a single largish DIL chip as the heart of the PCB.

Black and white TV coming from this era used one kind or another of integrated video IF processor. There were several clones: CD5151GP, AN5151N and KA2915. With relief I found that this particular TV has AN5151N inside - the only one which has datasheet with legible typical application circuit.

More on that next time.

What is this thing?