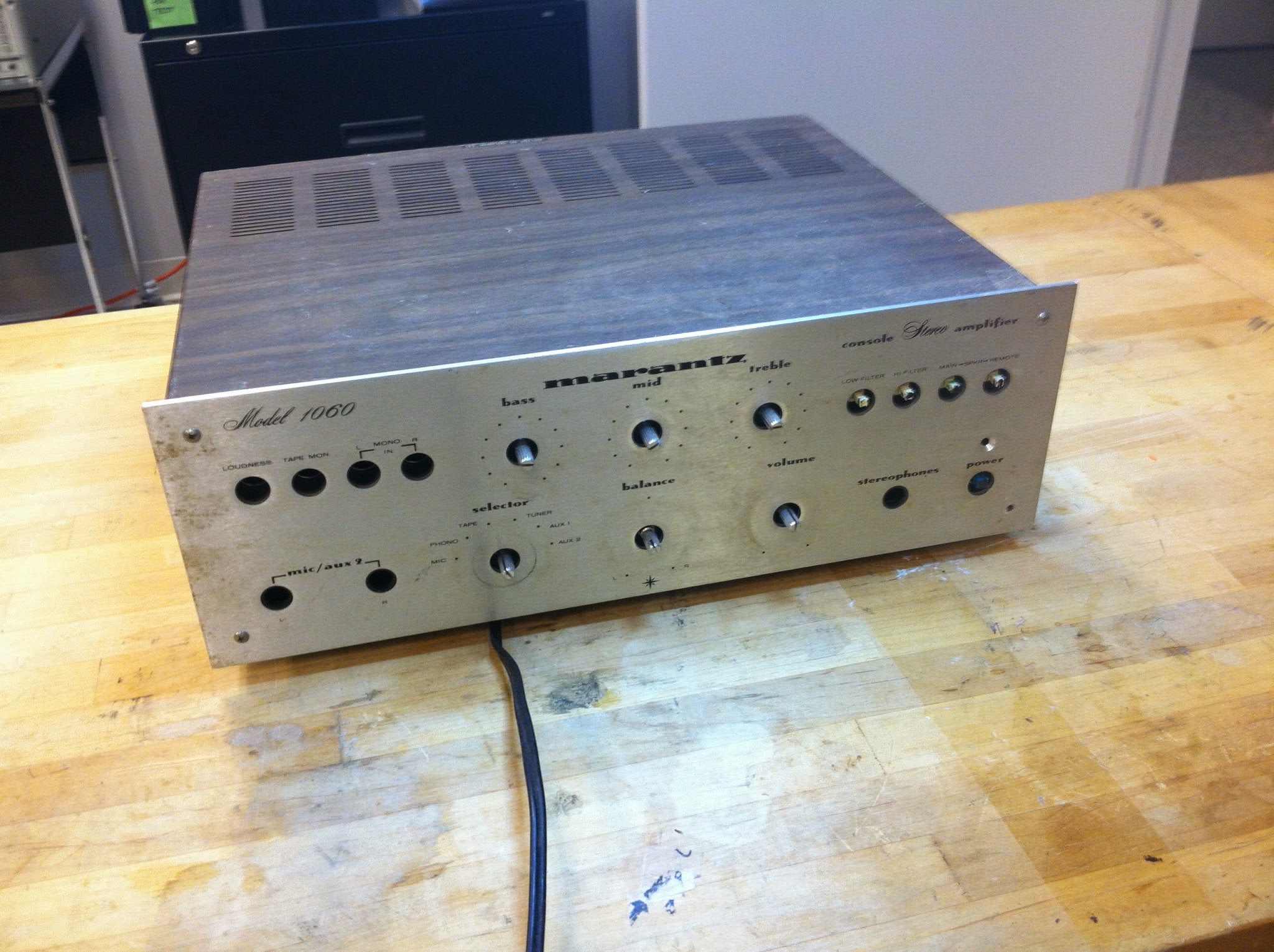 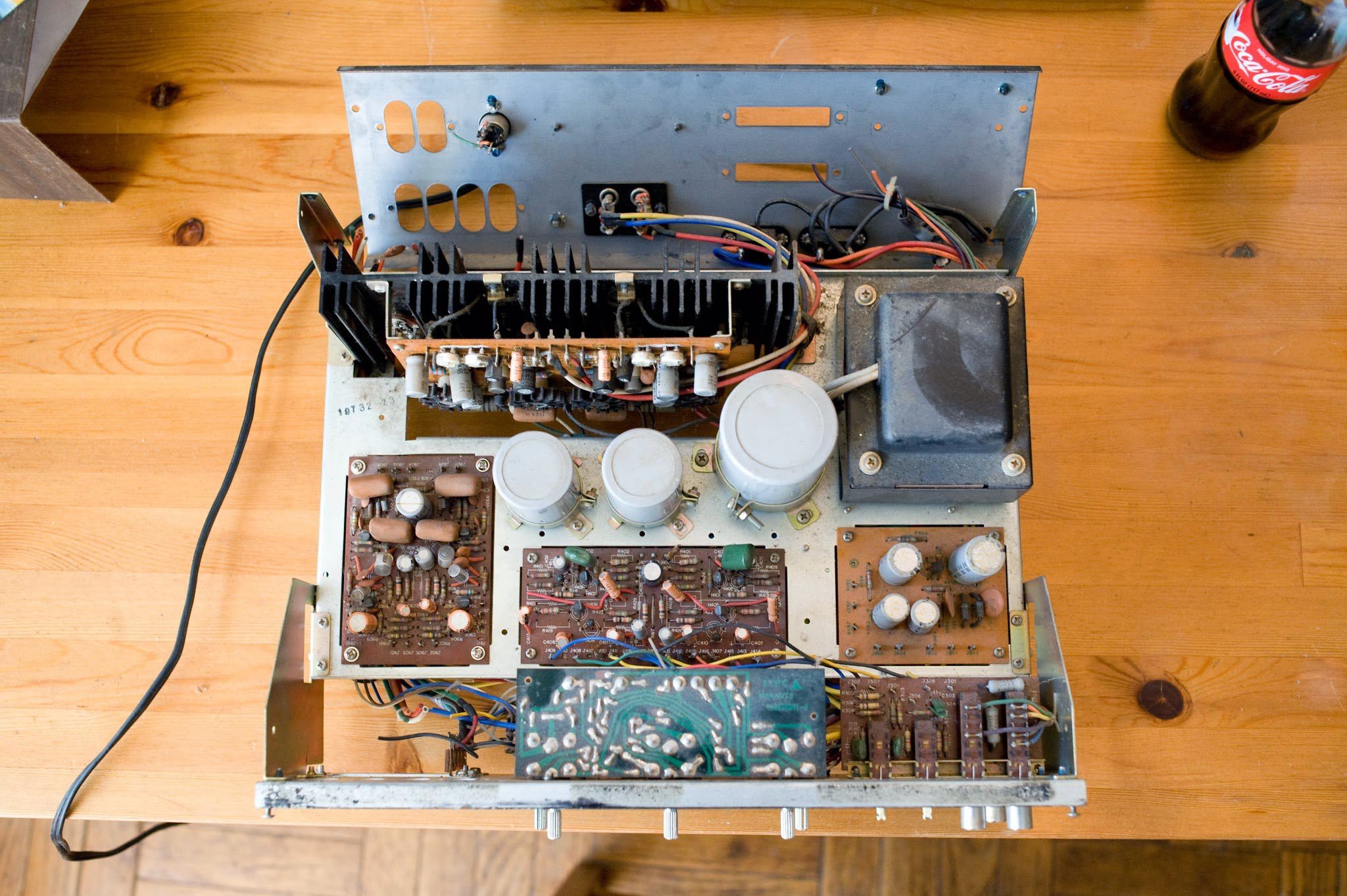 The final step was cosmetic restoration. The faceplate was very dirty. I read a lot of online forums and determined that the most popular products for cleaning aluminum faceplates were Windex, dish soap, Blue Magic metal polish, and Simple Green. I tried all of these. They did a decent job, but the best performer was actually a Magic Eraser (which I was careful not to use on the screen printing). I performed a few other minor repairs such as replacing missing hardware and fixing...

Great, great work! I like the way you fixed the small main cap with foam tape ☺.
Also the idea to get similar looking knobs from China is nice. Less nice is the fact we have to purchase everything from far east instead of having national sources.

Excellent job. I too am curious about the missing board. Also amazed by the size difference in those caps - how times have changed.

Nice illustrated story, thanks. Did you ask him if he recalls what the original problem was that made him take it apart?

Thanks! I should have explained that more. The amplifier stopped working at some point (I think one channel was dead), and I was actually the one who took it apart as a kid. I think the original problem must have been a bad capacitor, because after I replaced them all everything sounded great.

I too made the transition from kid dismantler to adult maker, to make amends. 😀

I was gifted a mixer and integrated PA Amp. This one is on-going as I have had to ordered parts.
Project Owner Contributor