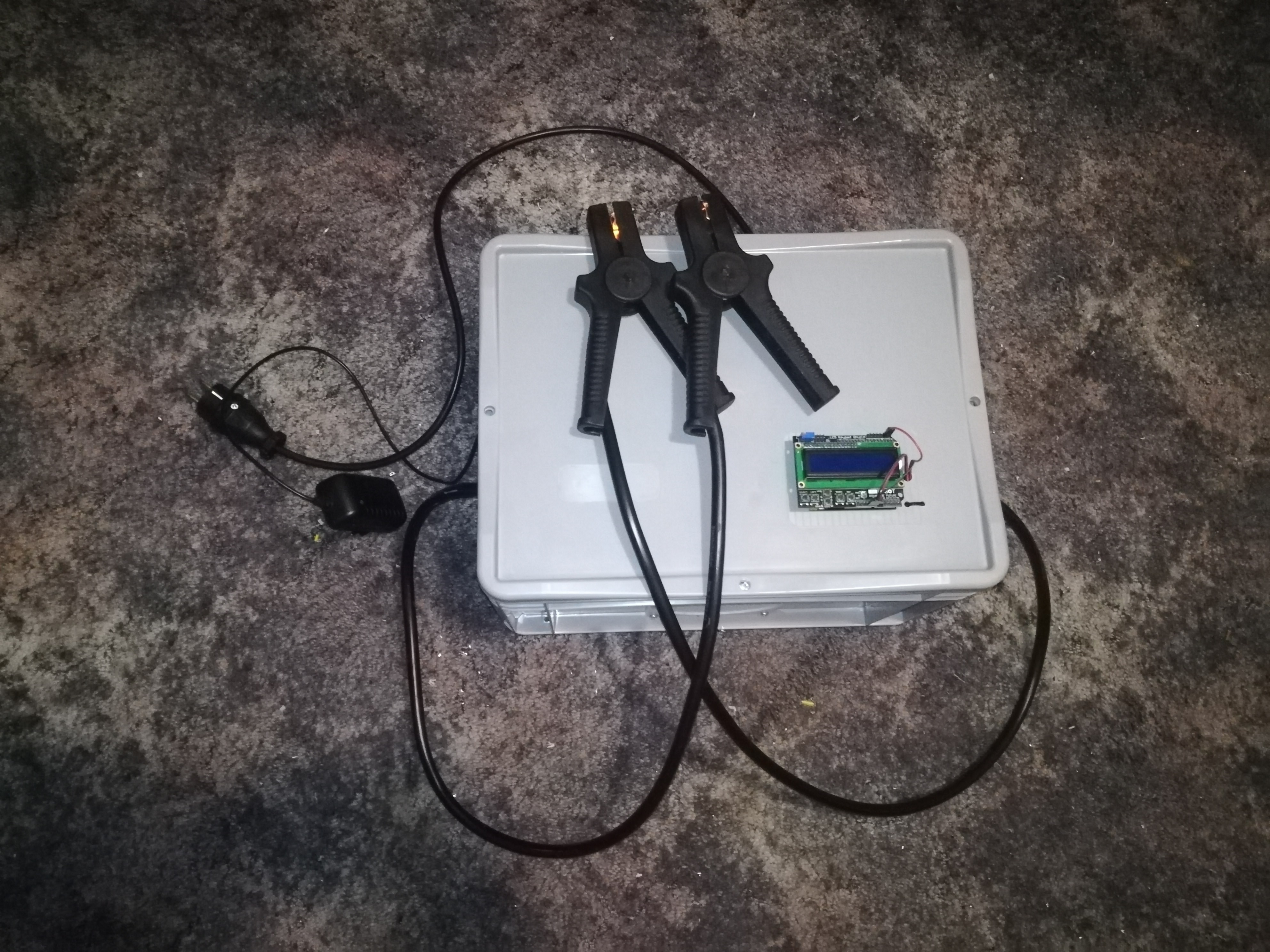 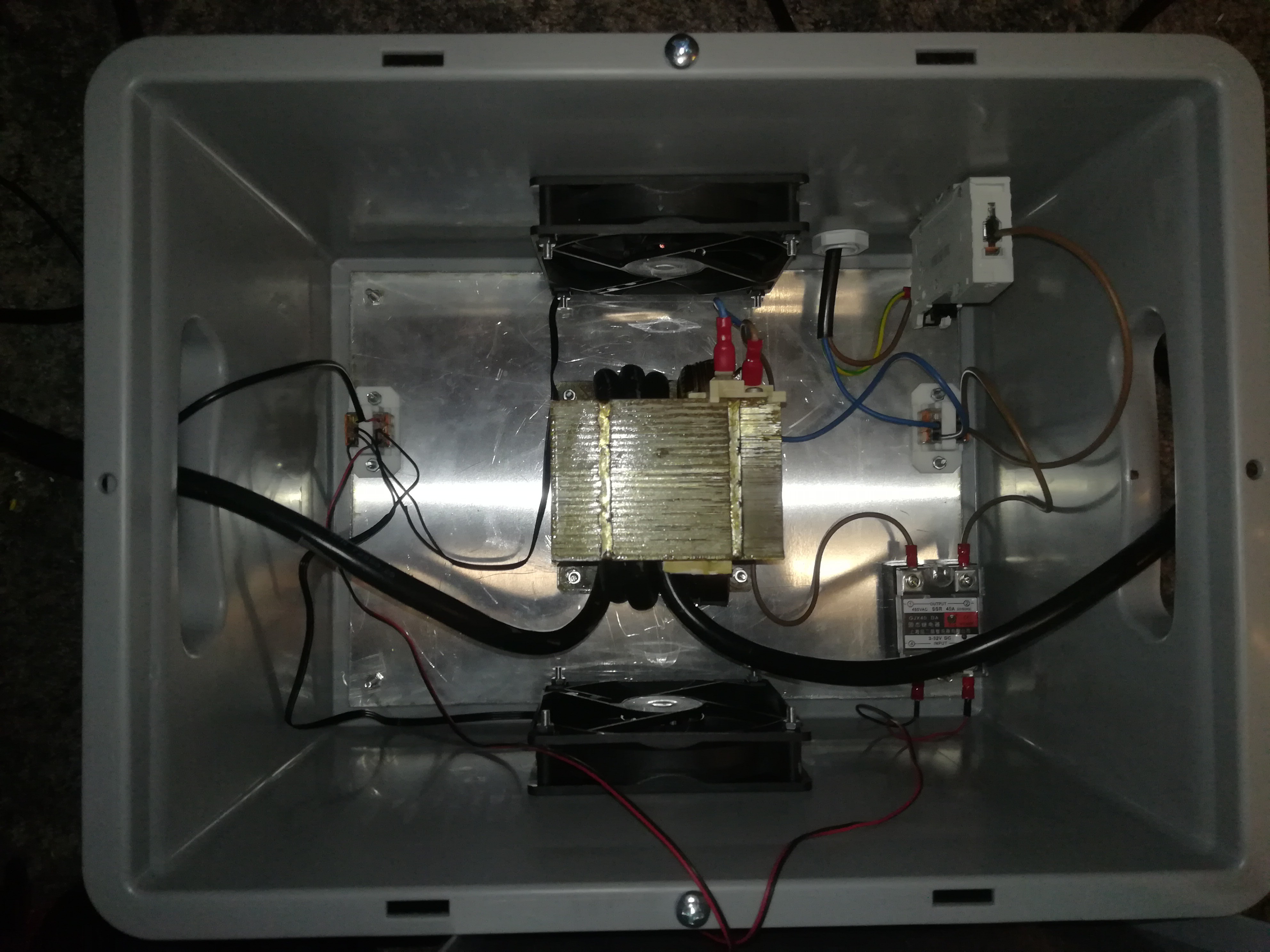 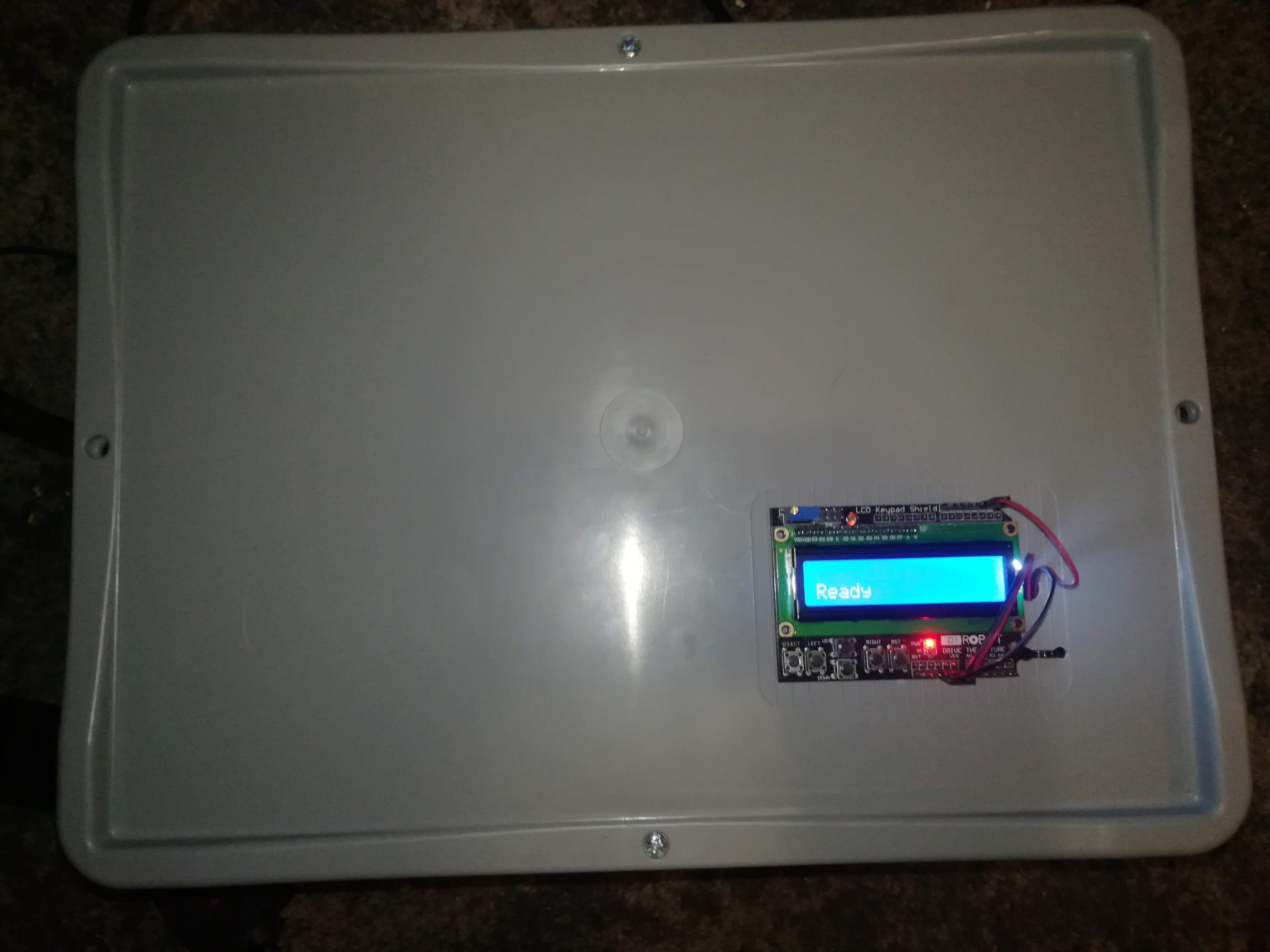 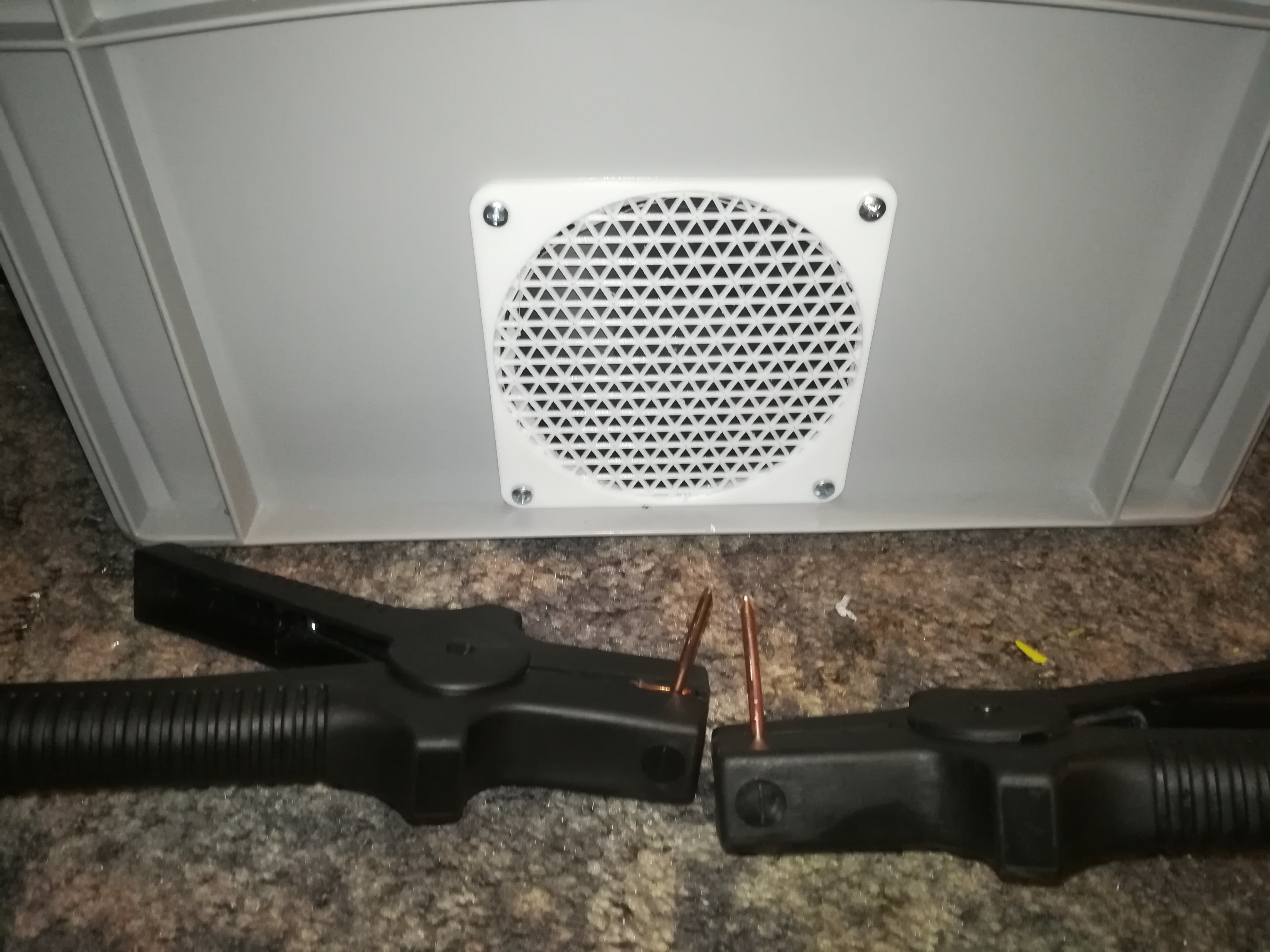 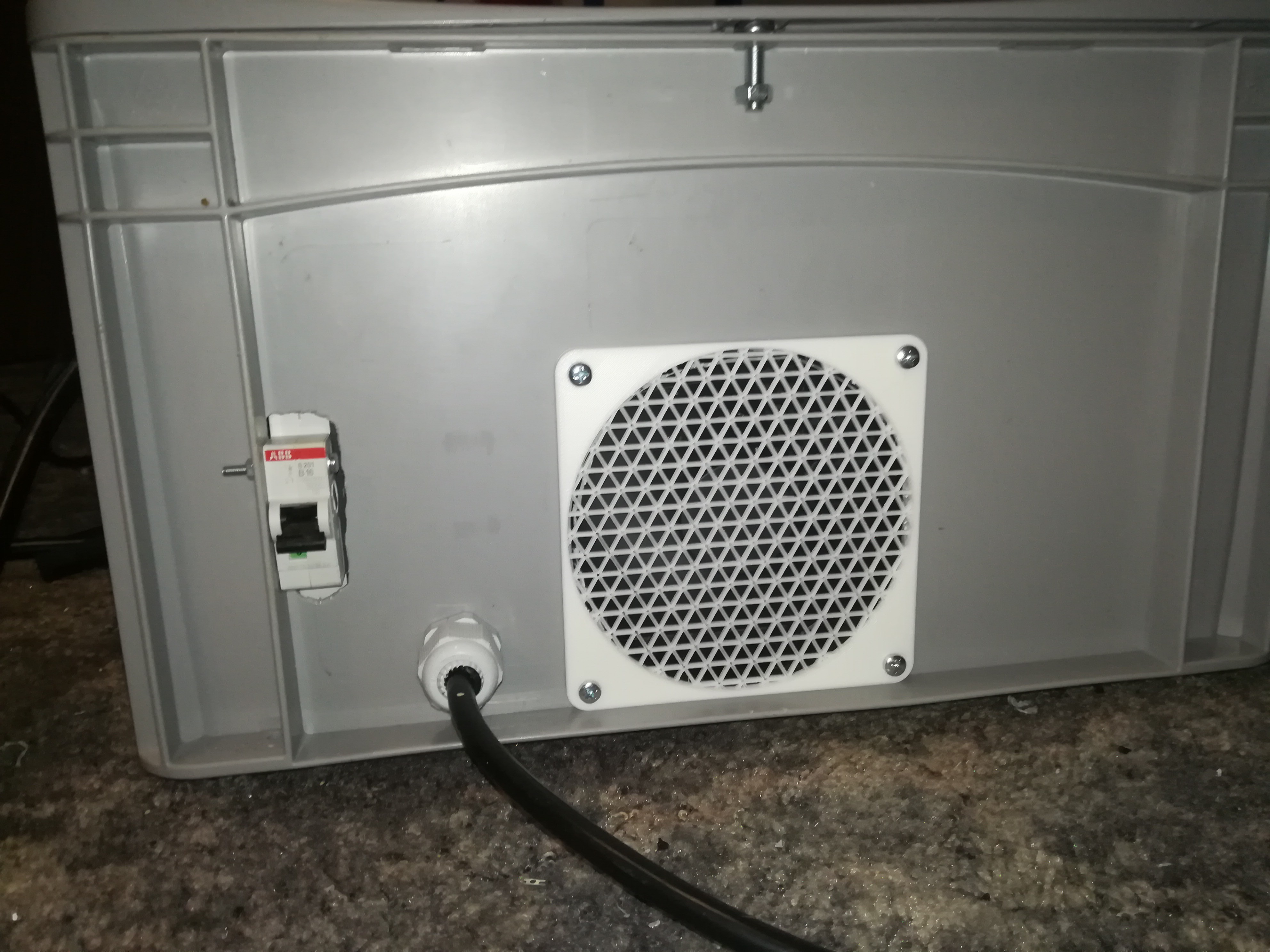 I have built a Microwave Oven Transformer Spot Welder from an old microwave tansformer, a jump start car cable and some parts I had laying around.

was not really stable.

Another test with different wire and one electrode clamped to the surface. This time the weld quality was better and the connection was very strong. But until now the wire does not welt to the surface.

I tested again with the first wire type and it worked like the other, it seems like the one electrode placed on the surface and the other placed at the material makes the difference.

Instead of welding the wire to a piece of sheet metal I tried to weld it to a piece of wire fence and it worked. The fence is also a lot cheaper than sheet metal and can be easily cut off after the object is finished. This fence has a 13*13mm mesh but I think for automatic welding it should be denser.

I actually wanted to build a capacitor based welder but I have read that if the capacitor gets shorted it will not last for long...

So I solved the circuit breaker tripping issue by connecting five 4 ohm 100W resistors in series with the transformer primary winding. Doing so it should limit the current to around 11.5A. I did a short test and after 10 welds the resistors get barely warm. They will be mounted on a heatsink for a long duration test to see whether they can work in continuous operation.

I let the machine run in 50ms welding, 500ms pause, 100ms welding, 1000ms pause intervals for about half an hour and the resistors stayed cold enough that I could touch them afterwards without burning my skin. They can operate up to 200 °C, so that should be good enough for continuous operation. After a while the 25mm² cable got warm, too. The transformer stayed cold the whole time.

The spot welder should be ready for working with it so the next thing could be working on the buildplate and bottom layer.