I tested a TIG gas lens body which I want to use as new nozzle with an old vape pen to see whether the gas will cover the whole printing area. The hole in the middle will later be covered by the wire so that most of the shielding gas will likely exit the gas lens through the outer "ring".

With this as new nozzle I can keep the printhead design as it is - It just needs a M10x1 thread for the new nozzle instead of a M6 thread.

A possible issue with this could be that the shielding gas flows into the bowden tube instead of the nozzle, what maybe could be fixed with a 3D printed diameter reducing joint. 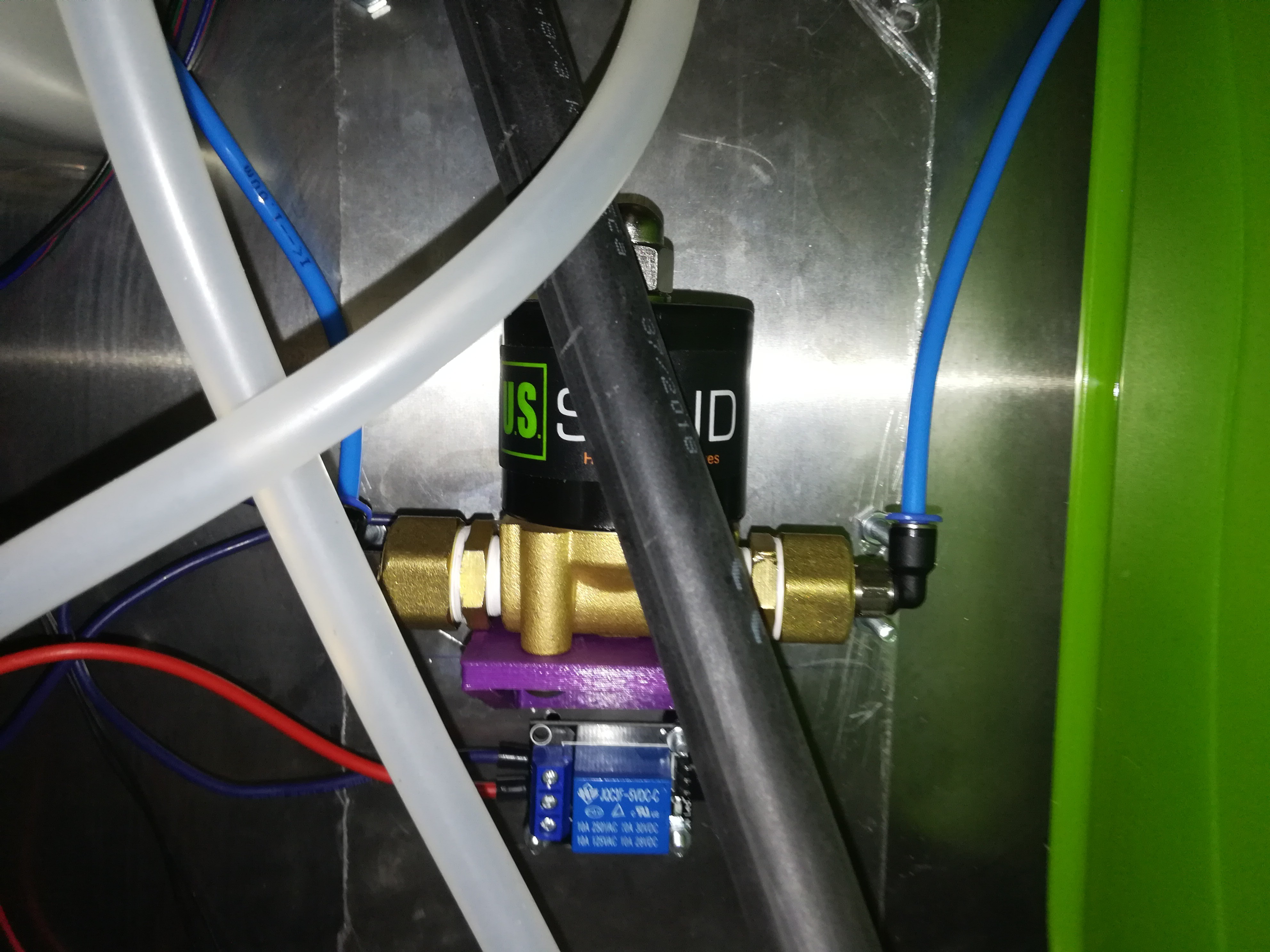 I moved the cooling radiator underneath the Z axis where it is mostly protected from sparks and debris. For now it just stands there on threaded rods with enough clearance to the bottom for the air to flow.

I covered the hole at its former place with a plate on which I mounted a solenoid valve + relay. The relay is wired to the secondary fan (D6).

A day of testing and further plans

More Problems which need to be solved