Working on a smaller scale than my Color Stealing Fairy costume's wings gave me a unique opportunity to explore creating edge lit acrylic wings. The small scale meant that weight would not be a huge limiting factor, and was eager to try out some ideas I wish I could have done with my human-sized wings. My goal with these acrylic wings was to have something that still felt delicate and not too bulky, so rather than try and install manufactured LED strips along the wings, I started sketching a custom PCB with side-firing LEDs along the outline.

To design the entire wing system, I began my sketches in Adobe Illustrator where I could create a layered file that included profiles for the laser cut inserts, profiles to import into AutoDesk Fusion360 for the 3D printed enclosure, and a profile for the PCB itself to ensure a perfect fit. I utilized this workflow in my fairy costume and it made adjustments a breeze to house all my components in one Illustrator file to export again as needed.

After pricing out the PCB cost (and hitting the limitations of the free version of AutoDesk EAGLE), I realized I didn't need an entire border of LEDs to get my intended effect and settled on a smaller PCB that would fit at the base of the wings. With guidance from my friend Mike, I embarked upon my second PCB design and had it manufactured through OSHPark.

Using my Illustrator to Fusion360 workflow, I was able to export files for the 3D printed wing casing and the acrylic inserts which I laser engraved with a fun star pattern to illuminate with the LEDs. 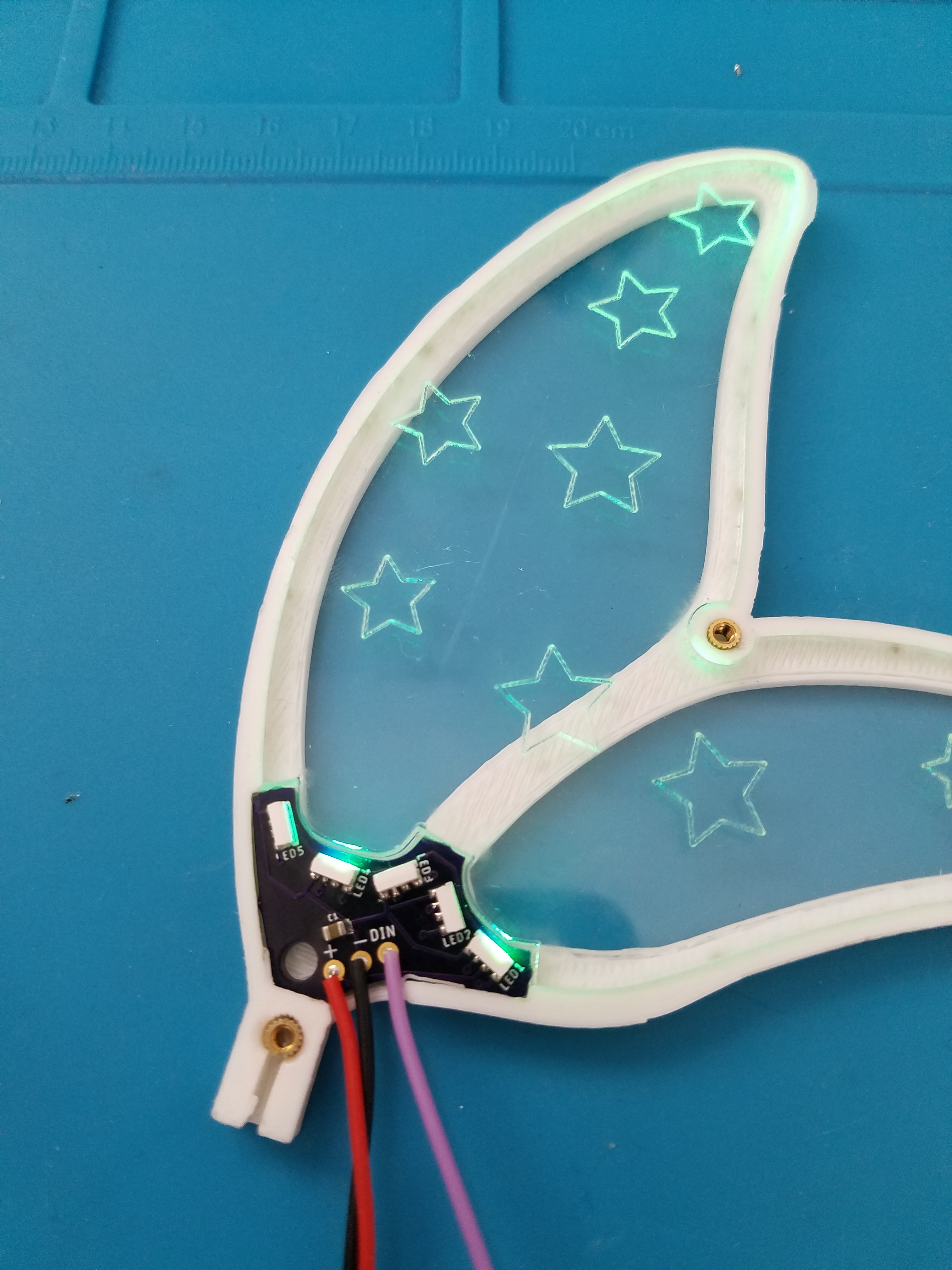 The final touches included some sanding and a coat of pearlescent paint before assembly.