The process of creating Nova's face began with some trial and error of designing a plush face, modeled partly after the character Toothless from the How to Train Your Dragon series.

After disappointment with the way my fabric selections looked in prototypes and worry that a stuffed face would be hard to mount and stabilize, I turned to sculpture.

To create Nova's face, I decided on a hand-sculpted look. Up until this point, most of my 3D modeling and prototyping experience was mechanical instead of organic shapes; traditional sculpting would be easier and faster for me. It also ended up making her face feel more natural and lifelike when placed with the fur.

To form a base, I cut a styrofoam egg in half and did some rough sculpting to it. Then applied paper clay to sculpt features. The styrofoam also provided a stable surface to embed 3D printed mounting points for her LED eyes.

While sculpting, I embedded a small moon charm with a wire soldered to it that attaches to her microcontroller for capacitive touch sensing to trigger motion and light animations.

I created two face styles and ended up choosing the one that felt more bird-like upon reflection and discussion with friends.

I then installed a custom 3D printed mount for easy attachment to a servo, and a small dowel for additional stabilization.

After testing her head motion with the servo, I glued a small border of faux fur to hide the connection points and space I left for movement. 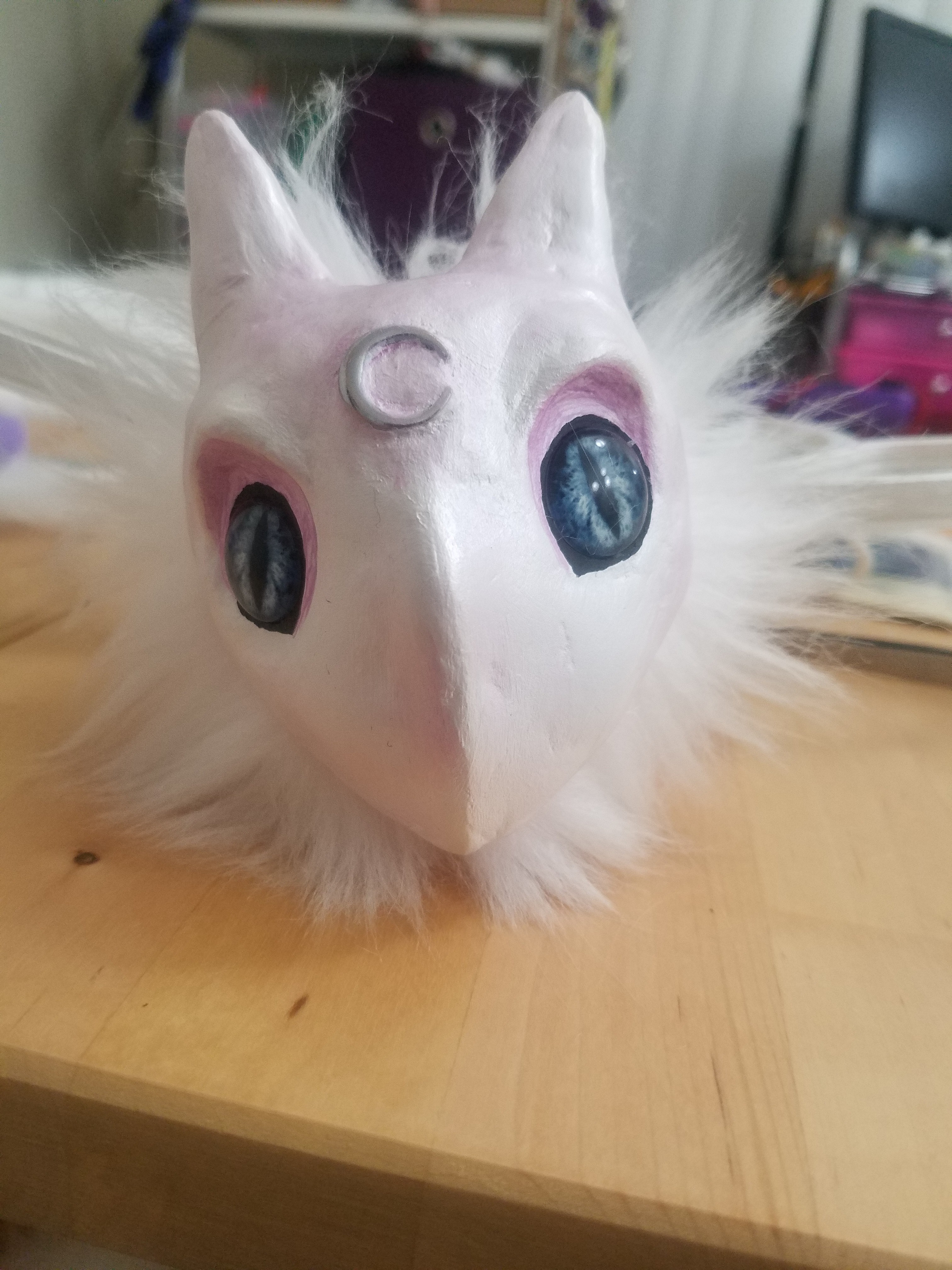