I developed Freedom Shield to protect the rights of individuals to peaceably assemble and petition their government.

Freedom Shield protects the rights of individuals to peaceably assemble and petition their government while:

- Blocking their face from surveillance cameras to prevent identification.
- Being invisible to onlookers, so as to not draw attention from state police forces in the way a mask would.

The freedom of assembly is widely considered to be a basic human right and is codified in documents such as the First Amendment to the US Constitution and the Universal Declaration of Human Rights. However, there are many places in the world where this right is not respected.

We are living in a time where surveillance cameras, with the ability to uniquely identify individuals through machine learning algorithms, are exceedingly common. Such cameras can be used to deter people from exercising their rights.

Freedom Shield was developed to protect the rights of individuals to peaceably assemble and petition their government while:

The device described here can be built for a few dollars in parts, and with little skill required, making it widely accessible.

Freedom Shield uses 940nm infrared (IR) LEDs embedded in clothing (e.g. hats, glasses, headphones, etc.) to overwhelm the photodiodes in cameras sensitive to IR radiation. Many surveillance cameras are sensitive to IR radiation to enable night vision via detection of reflected or emitted IR sources. However, IR is outside of the spectrum of radiation visible to humans, which extends to ~740nm, rendering the light invisible. 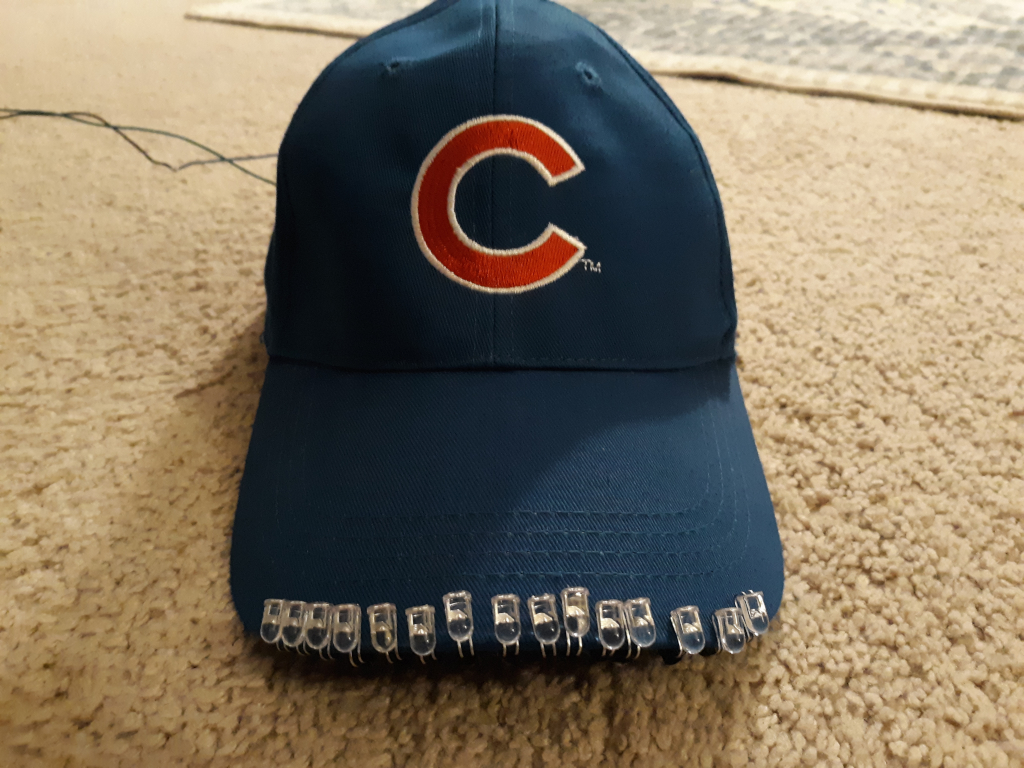 Note: Voltage and resistor value are dependent on choice of LEDs (in particular, the forward voltage and forward current). 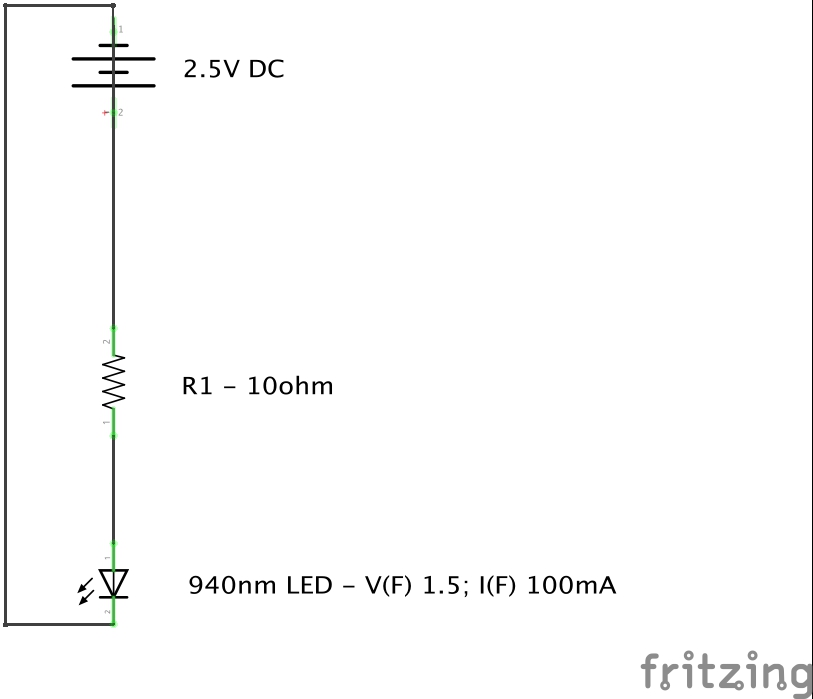 Rather than large through-hole LEDs, I'd like to use smaller SMD LEDs, which can then be fully embedded in the fabric. This would render the device fully invisible.

Onya Nick - this is a step in the right direction.

Problem!  Wearing sunglasses indoors or at night will attract unwanted attention as will wearing a hat in some locations.  I like Dan's idea of incorporating the LED's into nondescript items such as necklaces and spectacles.  Perhaps the lateral thinkers out there could come up with a list?

A second problem!  While this technique would be effective against automatic surveillance which is not monitored in real time, a flaring face would act as a lighthouse in real-time monitored installations and bring the jackboots at speed.

One important thing is to disrupt the facial recognition points that AI uses.  If possible, targeting the primary AI points could reduce the number of LEDs, make the apparatus less conspicuous and less likely to attract bright-spot attention from monitored systems.

I am sure that the clever-clogs out there can mature this concept into something discreet, effective and ubiquitous.

Thanks for taking the time to comment, I appreciate the feedback!

On your first point, there's no technical barrier to using items other than hats and sunglasses.  Those are what I had around to demo it with, but I really intended to present this as a general method and not a specific device.  I think headphones would probably work great as they circle the whole face and wouldn't draw any attention.  So, I don't see this as a problem.

On your second point, my inspiration for this project came from listening to interviews with Hong Kong protesters.  A common theme I heard was that they needed to wear masks to not be identified on camera, but then when police moved in they had to take them off and disperse.  If they were caught with masks, they'd be identified as protesters and get arrested or worse.  So, there's a real world scenario where I think this would work great.  I think it's pretty well always possible to come up with scenarios where a solution wouldn't work the best -- but here's at least one application that I think is great, and I don't think it's unique.  So, this I think is more of an asterisk than a problem.

Thanks again for your interest in my project!

I wonder if there's a fabric that translucent enough to IR that you could completely conceal them with no telltale opening. There must be - I used to use the TV remote while bundled up under a blanket. Might be a combination of the right fabric and the right power emitted by the LEDs.

There must be.  That combined with little SMD LEDs should make them disappear.  There are other ways too for somewhat more complex builds -- on remotes these are often concealed behind darkened plastic.  Imagine a pair of headphones, with the band made of similar plastic, with the LEDs inside.

I really like the headphone idea specifically, and the idea of providing a number of solutions to suit different wearers' taste. A headband would probably work too, and maybe even earrings. Glasses might be tough, but probably worth trying. I'll bet you could even do a necklace pretty easily.

Didn't the illuminator used with early night vision devices consist of an incandescent bulb and some kind of dark cloth to mask the visible light but allow the ir to be emitted? Sounds like that would be ideal for this to make it inconspicuous.

How far can a multivibrator & some delay switches go?
Project Owner Contributor