Robot uses 95mm diameter silicone vacuum suction cups. They weight 125g each which is quite heavy compared to other parts. Most of weight comes from a metal plate embedded in a suction cup. Before working on this project I didn't have any experience with pneumatic / vacuum systems so after a lot for googling I bought 2 different cups for testing. Both of them had a heavy metal plate inside. I couldn't find any seller advertising "light" suction cups. Since "heavy" ones were not too heavy for a robot to lift, I just used them. After successful test with 3D printed pneumatic joint I tried to 3D print vacuum suction cup too. I have never printed with a soft filament and I didn't have a soft filament at hand so I 3D printed a cup from PLA and instead of a soft lip I used a rubber o-ring. It worked on flat hard surfaces but not at all on plaster wall. Potentially softer material o-ring could work but I found a suction cup to buy with a detachable metal plate so I reprinted whole cup and wheel assembly. Old one was 140g: 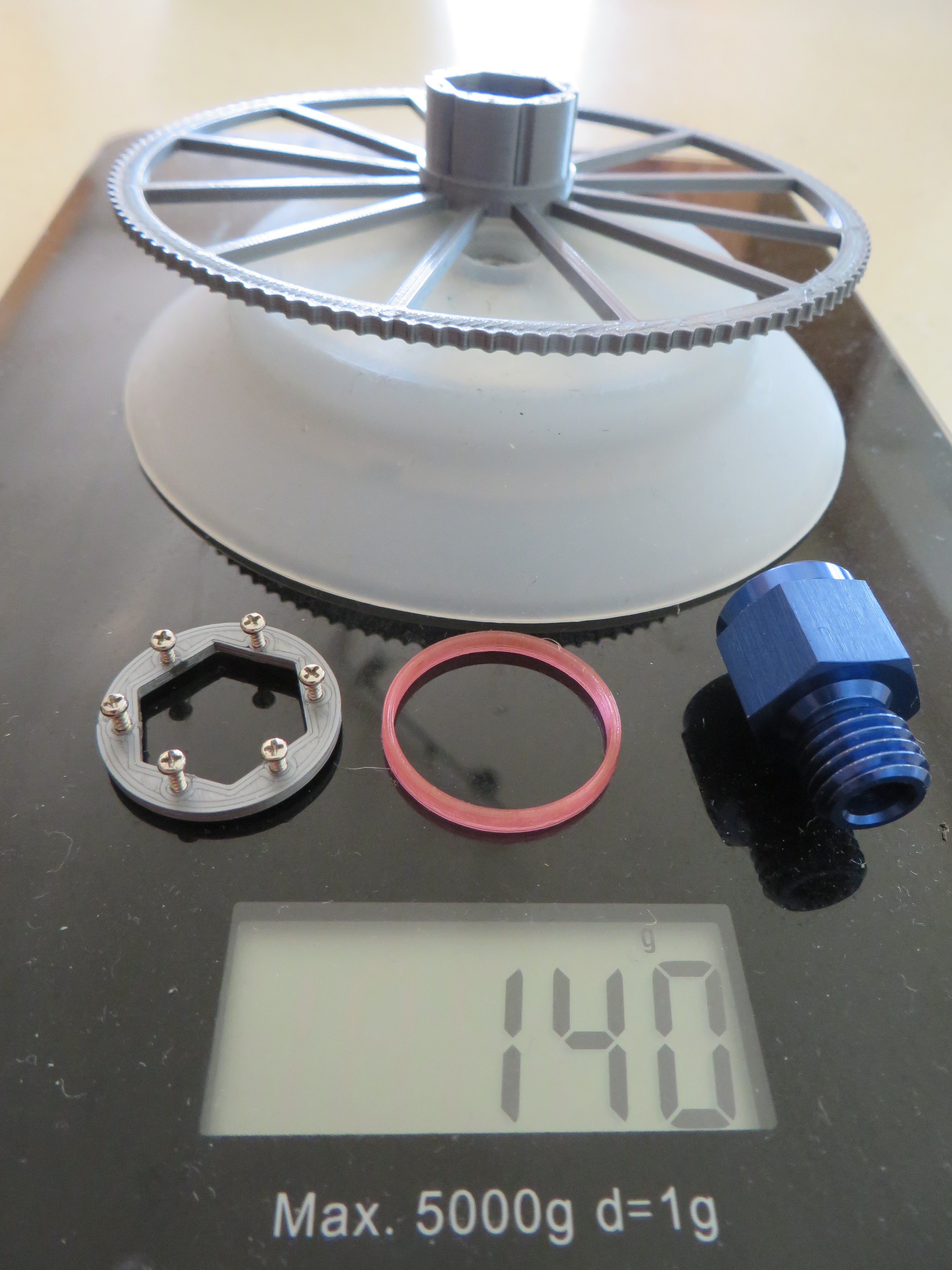 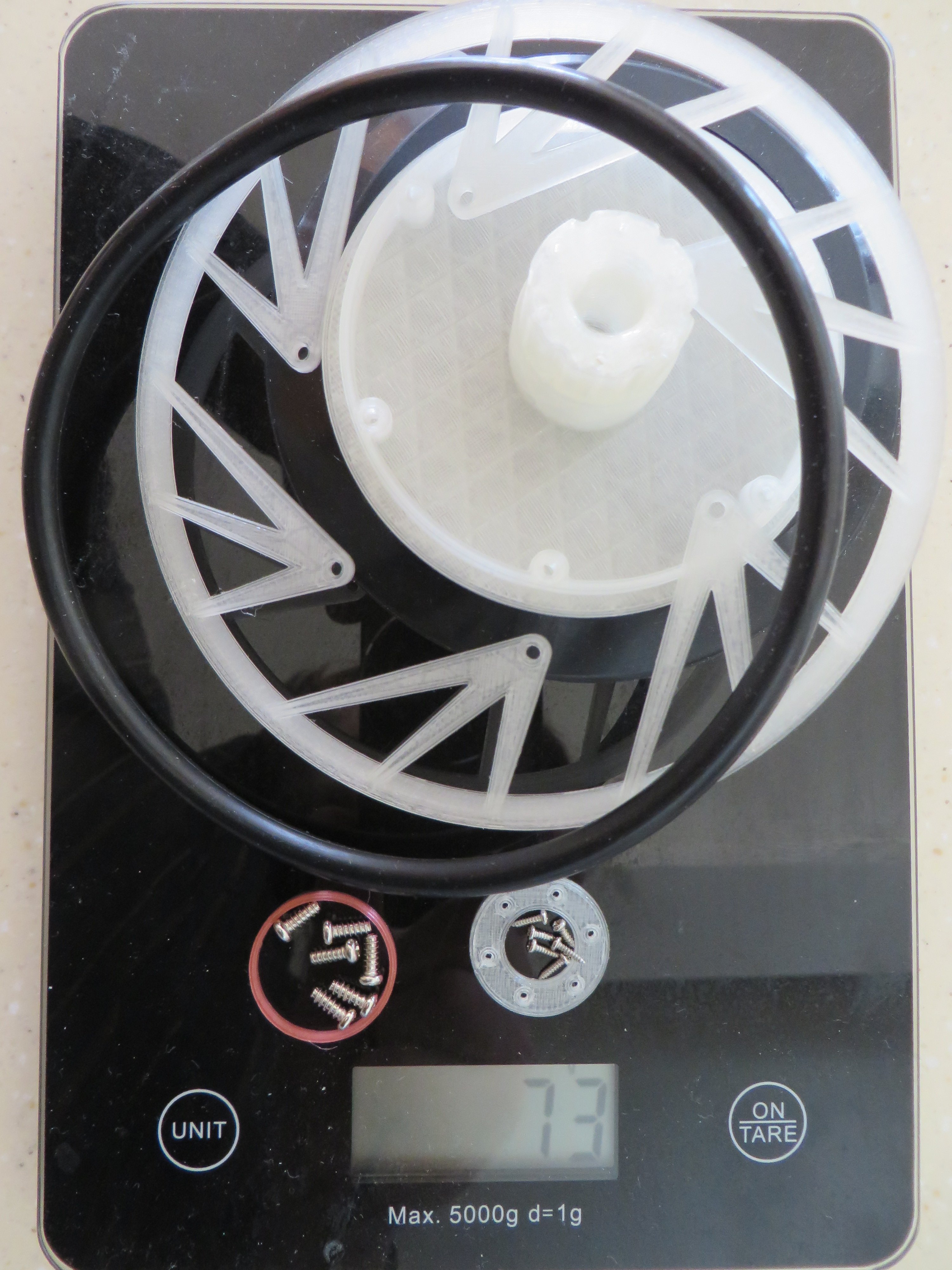 New wheel not only looks cooler but also has o-ring rubber tire in order not to slip on hard surfaces: 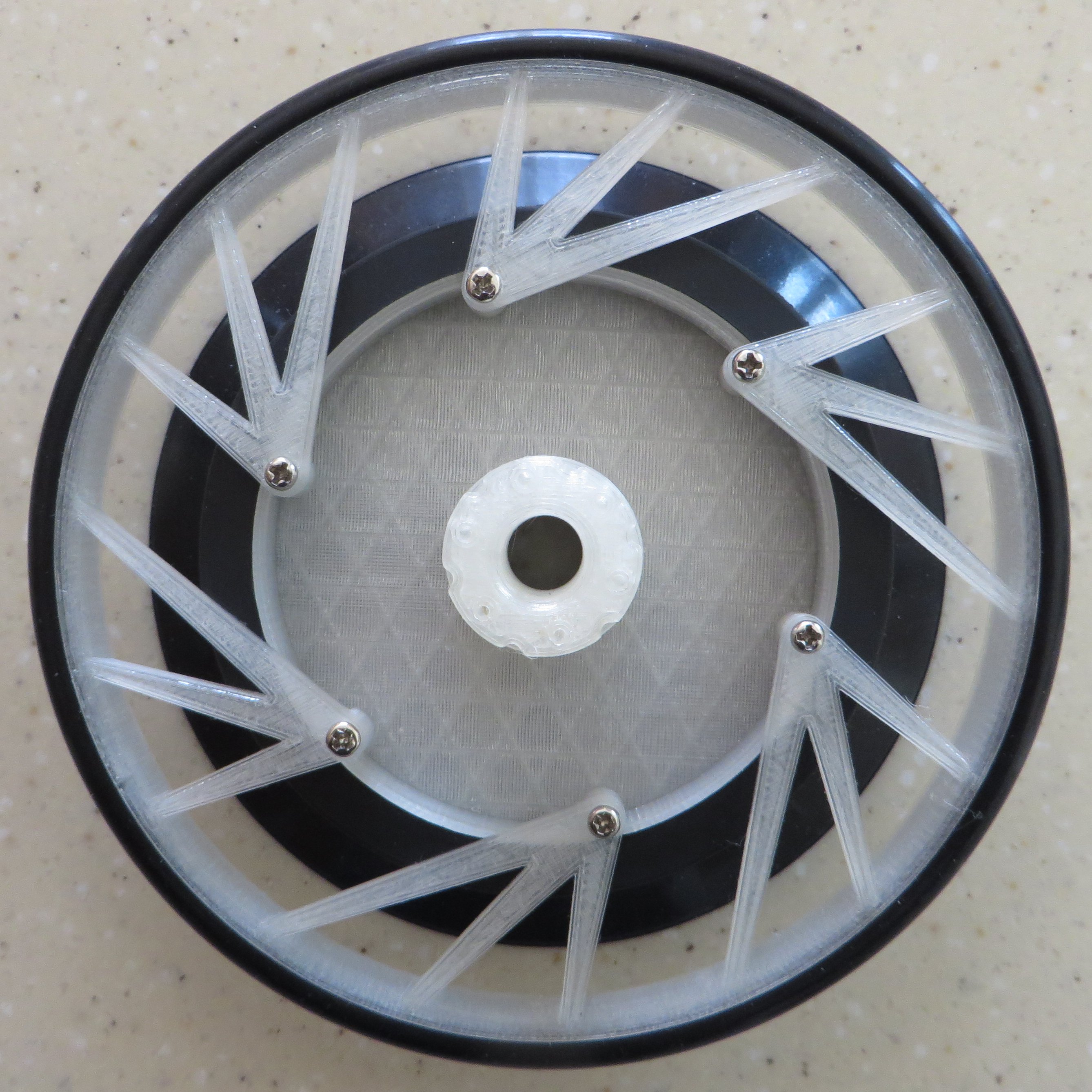 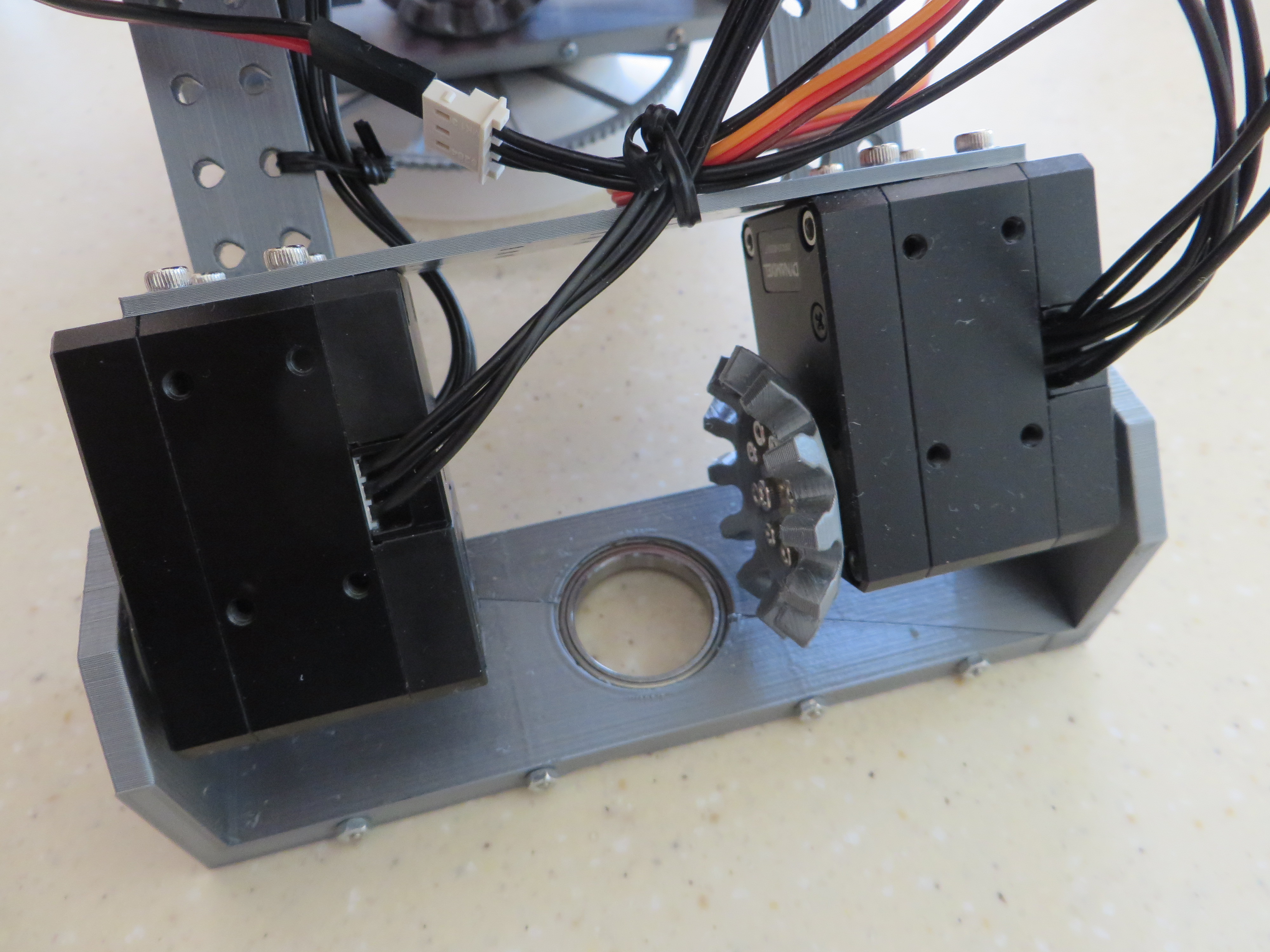 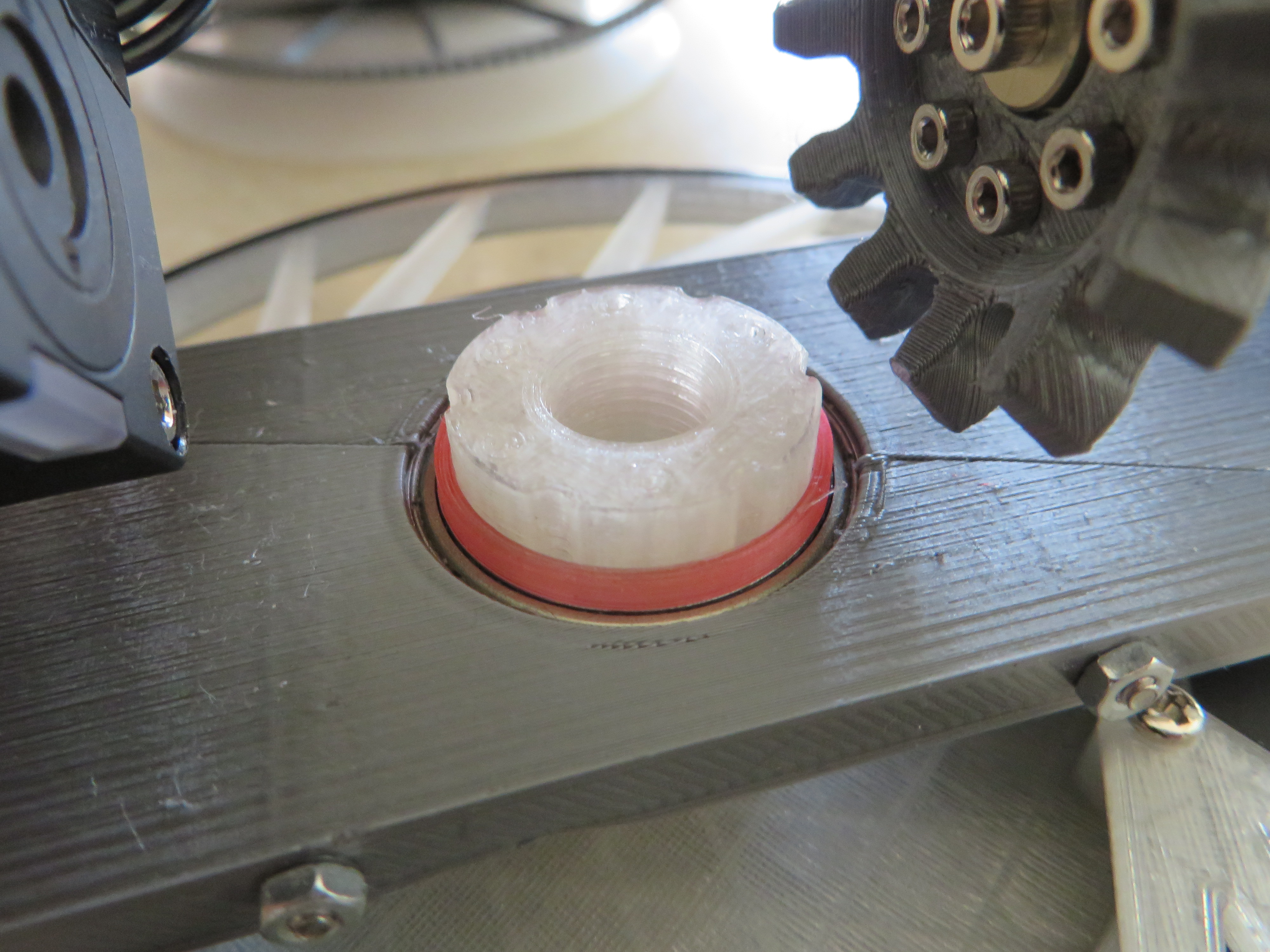 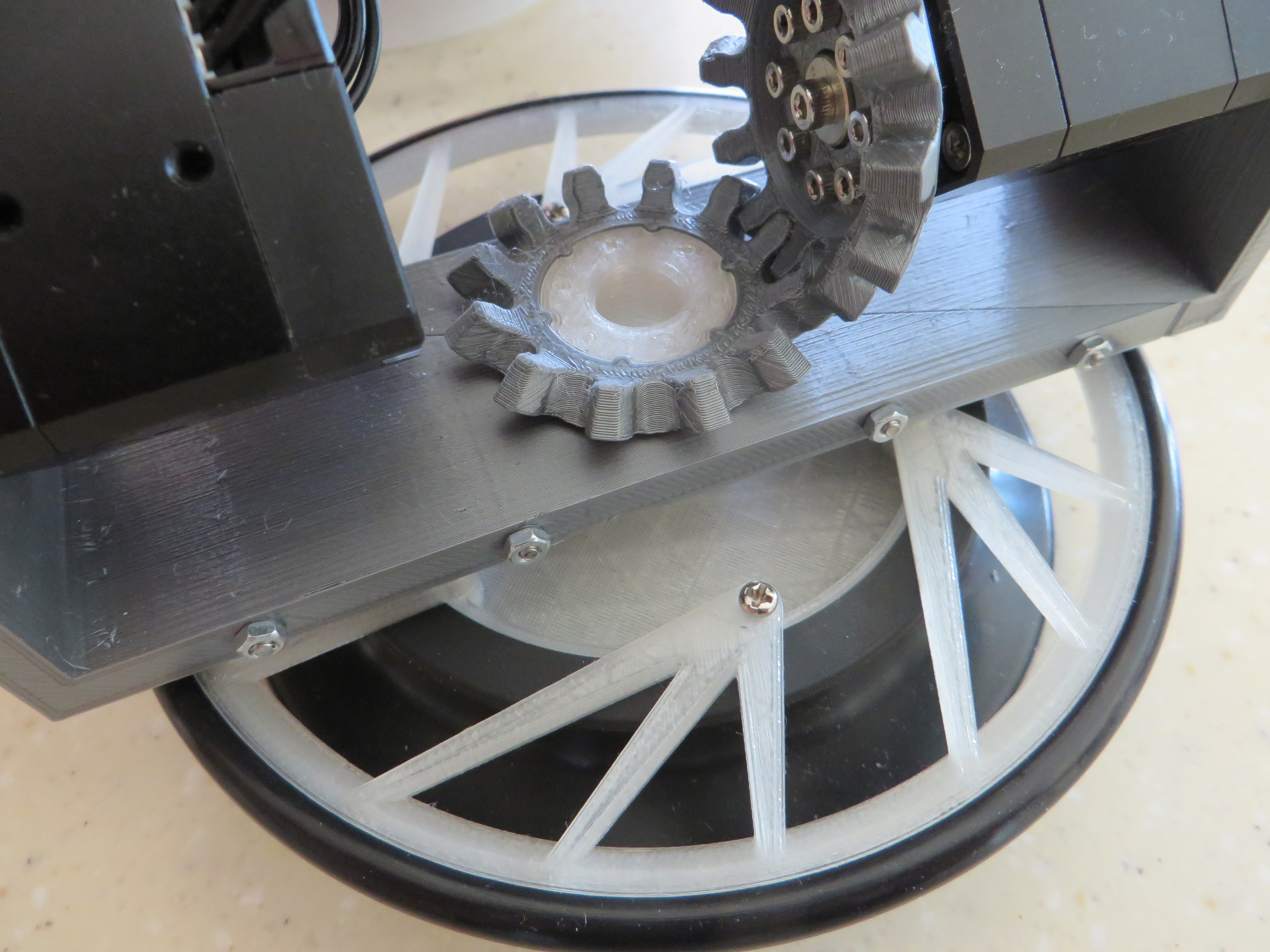 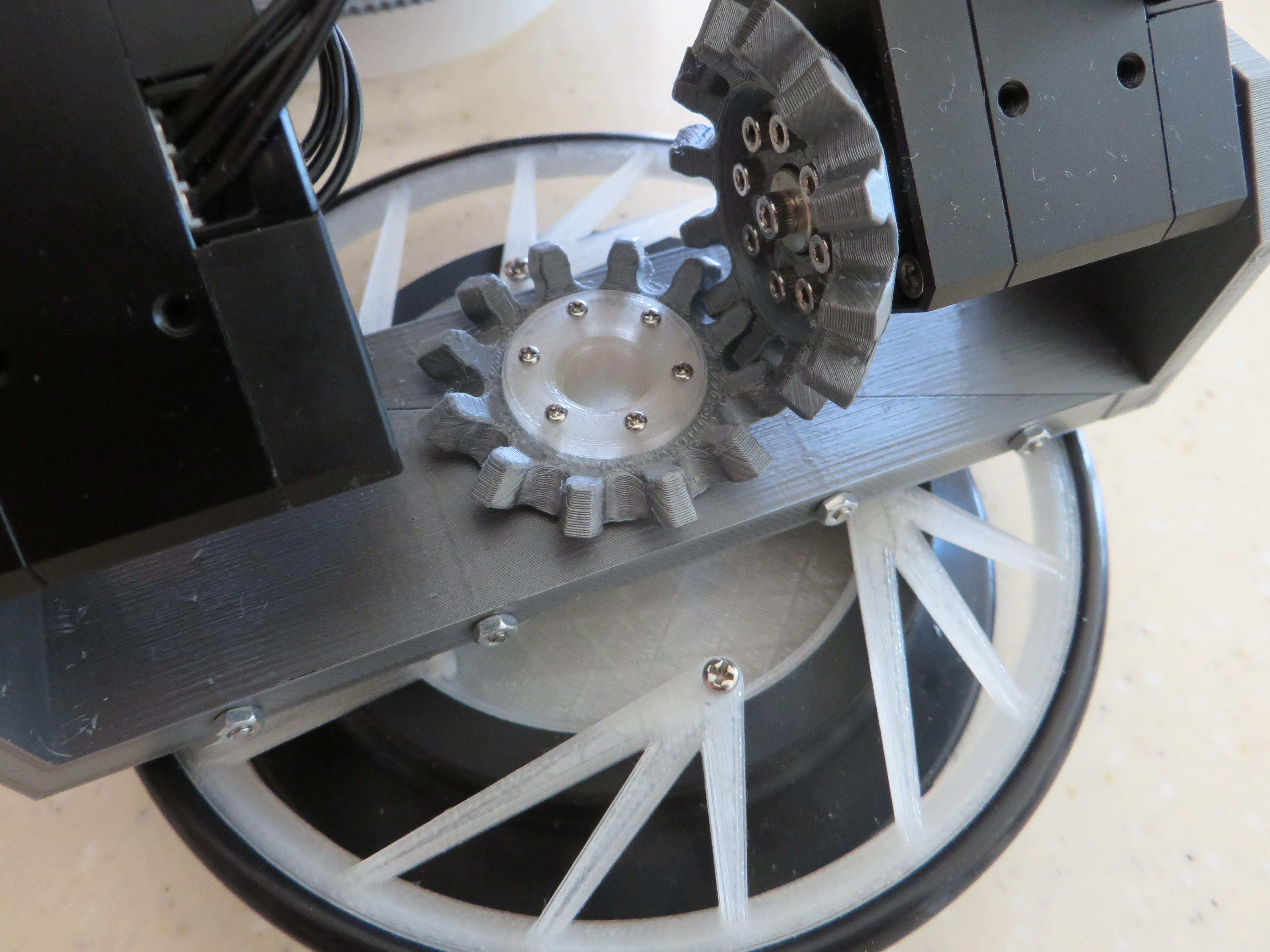 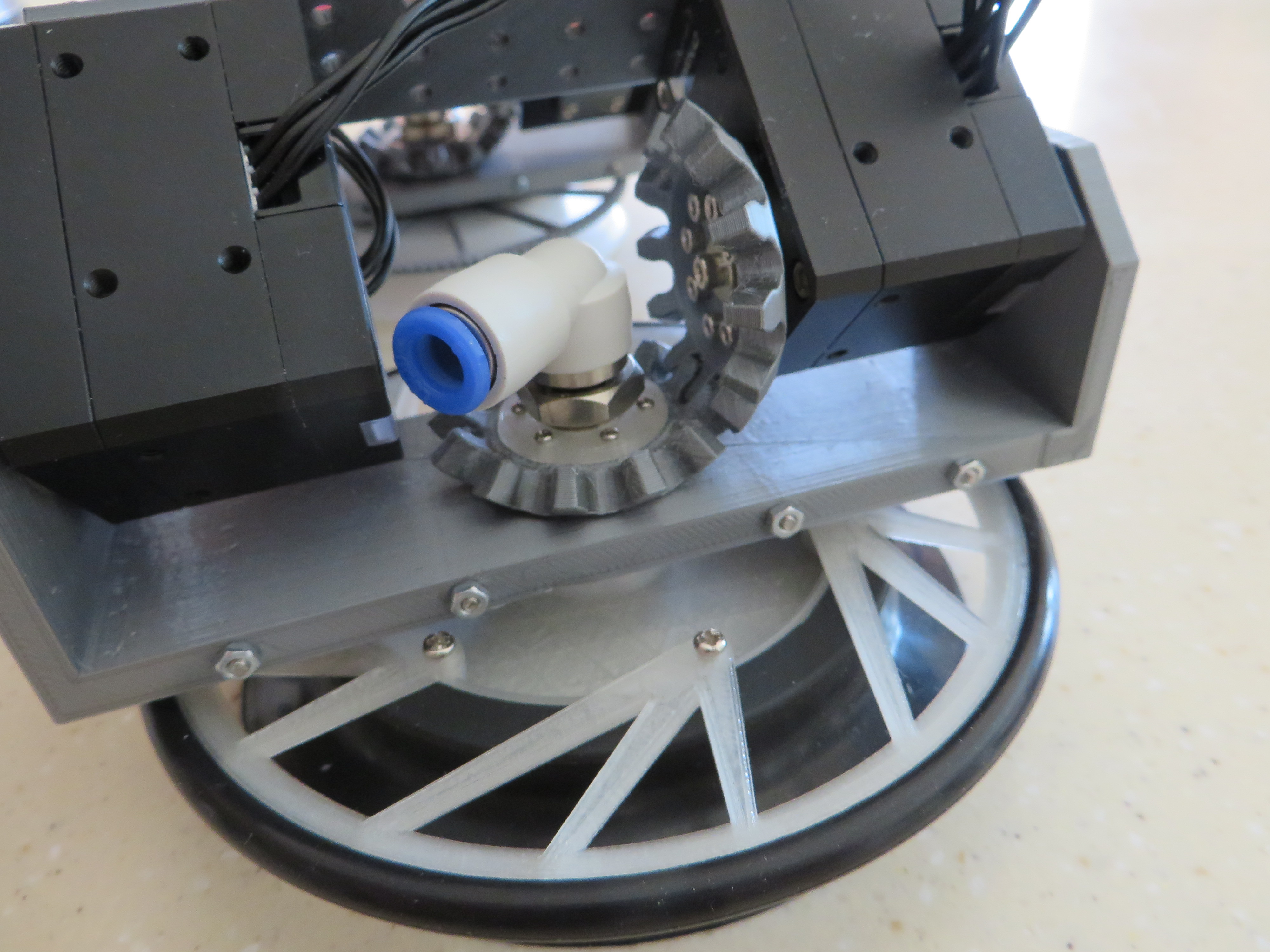 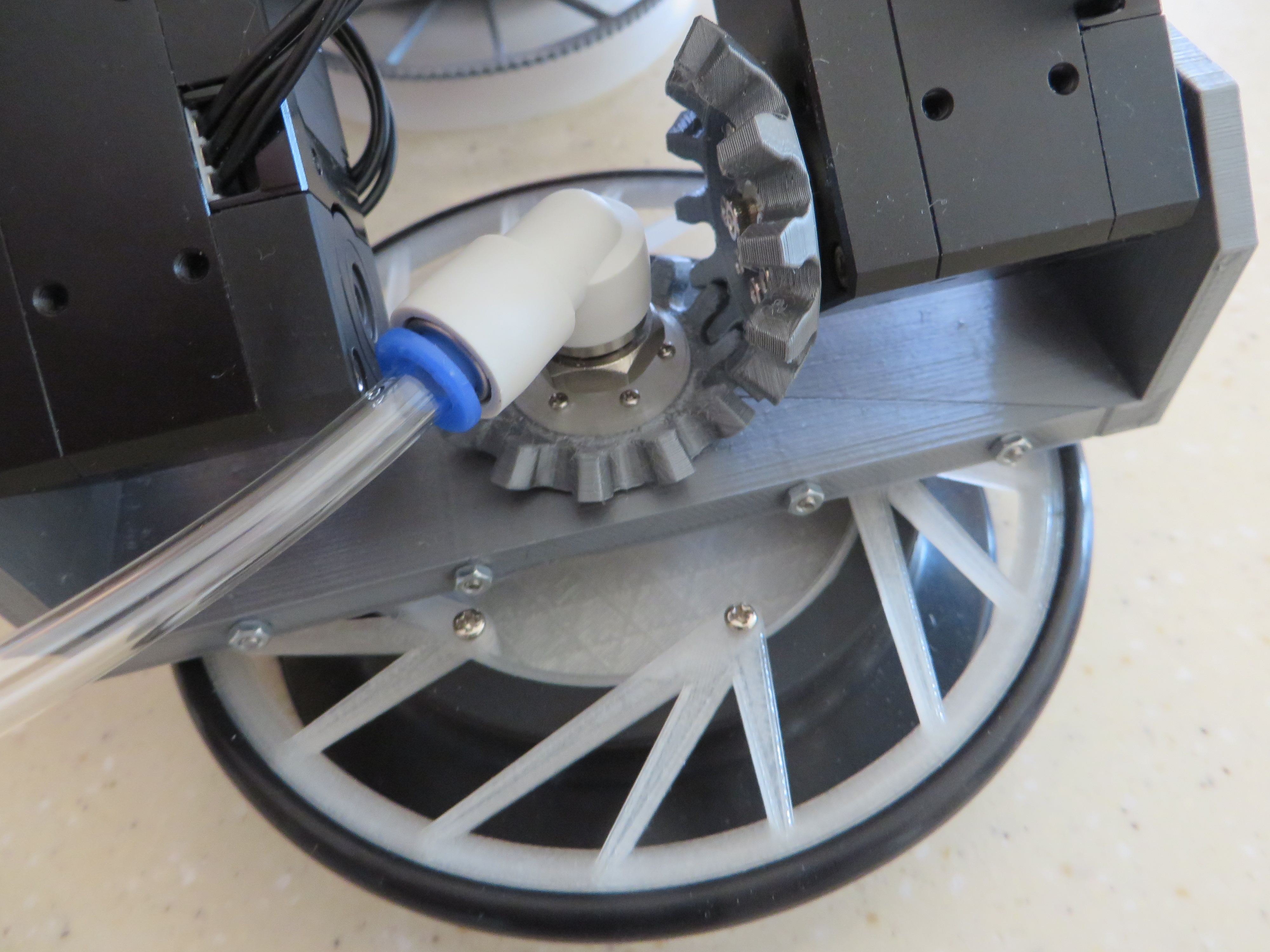 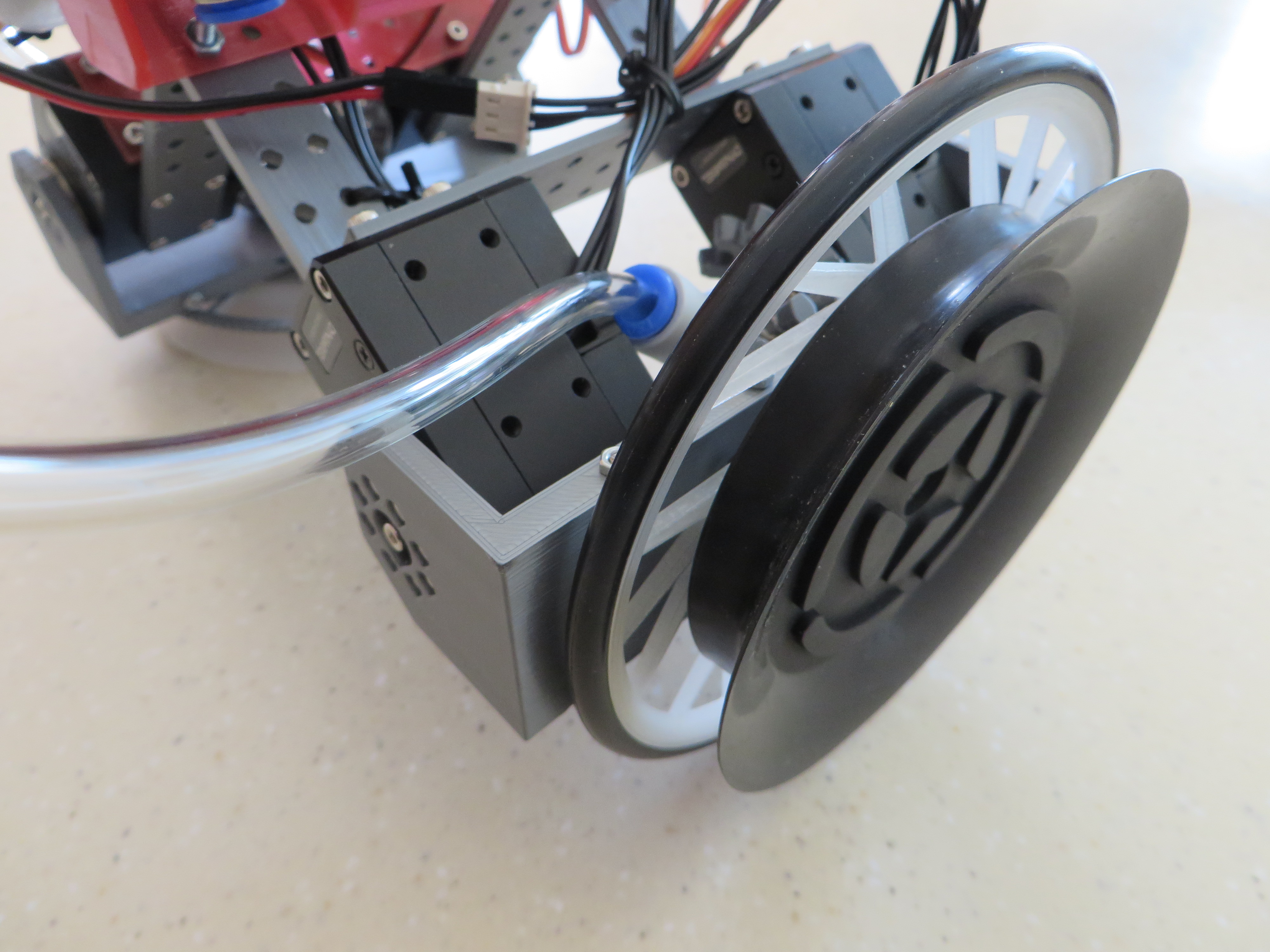 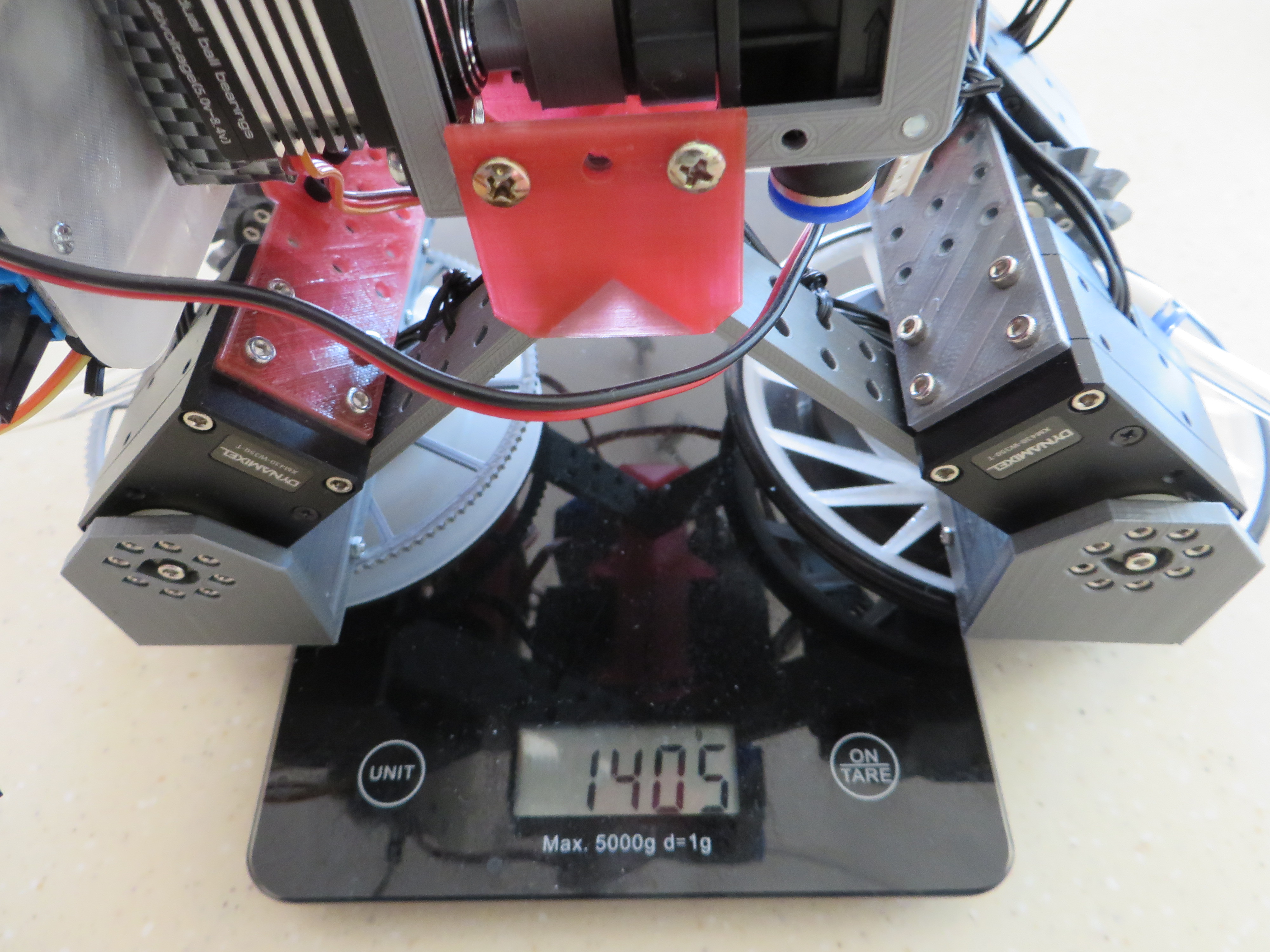 I have ordered a new suction cup for the other leg too. I can operate robot with different legs for now as new one is only few millimeters higher than the old one. Both suction cups and PLA parts are quite flexible so in "normal" operations robot shape distorts more than few millimeters. I have more improvements in mind for legs but they require reprinting lots of other parts and I feel I haven't explored all I can learn from current prototype.