A project log for My Journey of Building a Performance Quadruped

Building a brushless quadruped for under $1000

The last two weeks i have mostly been working on other projects such as my water scooter project which you can check out here. I am still waiting for the servos to come. I ordered them of Aliexpress and may have selected the Chinese warehouse instead of the us one. While im waiting on those, I selected the rest of the components to drive the quad. I will be using a ESP8266 microcontoller paired with a WITMOTION 16 channel servo controller. The ESP8266 is running Annex WiFi RDS. This allows me to program it wirelessly and run commands. The idea for this system comes from Bob Wind on the spotmicroai forums. He has some rudimentary code and a basic walking function already programmed but I plan to add a kinematic model. While i was not working on the servo driven bot i did do a ton of research for the brushless bot. I made spreadsheets comparing costs of some peoples open sourse robots. It is evident that i will have budgetary restraints. I will not be able to use the 6354 motors that i initially wanted to. I talked to many people in the community about motor and controller choice including Peter Wasilewski. Peter helped me out alot and linked to me this blog post comparing most of the popular motor choices. His favorite pick was the turnigy 5010 which sadly is discontinued and i cannot find anywhere. I scoured alibaba and found a very similar "5010" motors. The reason i put 5010 in quotes is because most cheap 5010 gimbal motors from places have a outer diameter of 50mm while the turnigy motors have a stator diameter of 50mm. This was very kindly pointed out to me by Paul Gould. Go check out Paul and Peters's projects if you haven't already, they are way cool. The motors i found are almost an exact replica of the GARRT 5010Sl motor Paul is using. They are marketed as 20kv lower at 280kv and at least in the pictures look like they have much nicer wound coils. 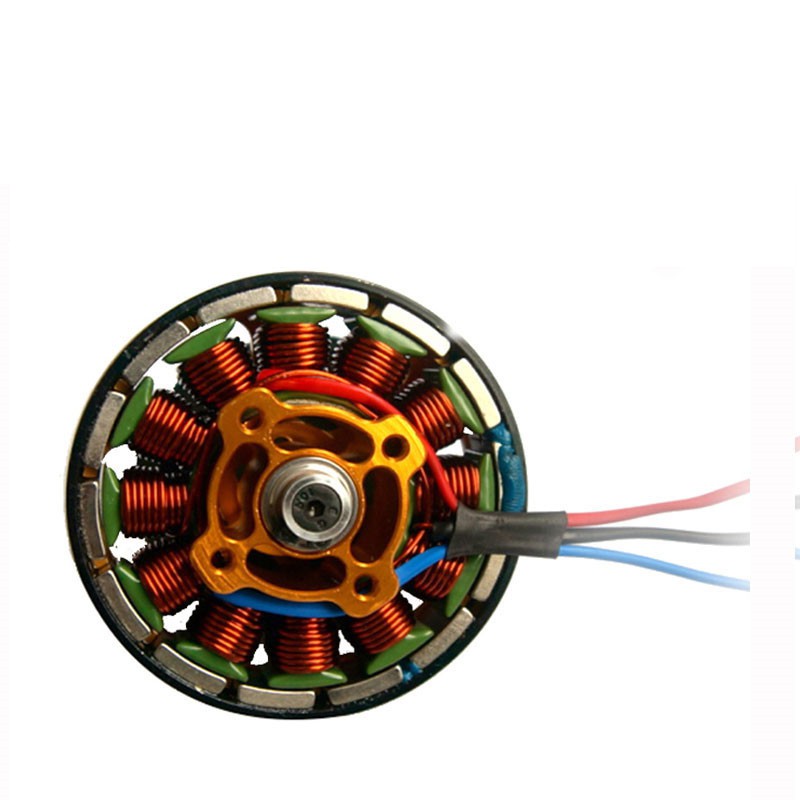 I picked 12 of these up for 16 bucks each plus $79 shipping to the us. Once the project is finished i will add a BOM with all the necessary links. As you can see from the motor picture, the bell has curved magnets just like the turnigy. Im not quite sure yet what i want to do in terms of gearboxes. I would like to do quasi direct drive using a planetary gear box for maximum compliance. Sadly I do not believe these motors will get the torque they need spinning that slow as they are a high kv for the application. Many chose to tackle this approach with a cycloidal gear box, which i will definitely test out, but i am worried about its backdrivability. I think the solution i will chose to go with is high gear ratio planetary gear box such as this one. It looks to provide smooth motion with smooth backdrivibility. Of corse i will test out all the different options and pick the best one. I think these will ll be fun little mini projects. Now lets talk motor controllers. I like odrives and rotory encoders, but 6 odrives and 12 encoders will by themselves break the budget. The only way to get around this is to build my own controllers. Now i know nothing about this, but luckily their are many people in the community working on ones that are open source. Yannis is working on the Tinymovr and Paul Gould on his ESP-32 Based Controller. Yannis has shown his controller in some very cool demos on his youtube channel linked here.  I also know Joey Byrnes is working on one but i haven't heard from him recently. Of course nothing is set in stone as of now and these are just some ideas and projects i think are cool. For now i need to focus on finishing the servo based robot and prototyping some gearboxes. Hope you enjoyed this update and all my others stay tuned for more.

Hey! Can you link me where you found these motors please? thanks :)