This is an animated and USB controlled Lego figure of Darth Vader. I use it as a build monitor for TeamCity continuous integration builds, but you don't have to.

We needed better visibility of our continuous integration builds at work. Occasionally the build would be broken but it wasn't fixed urgently. We needed something visible that would get the attention of the non-IT staff in the office so we'd be embarrassed into getting it fixed quickly.

I spotted a large Lego figure Darth Vader torch and thought this would be ideal. A little bit geeky, but not too bad. Clearly visible but not too annoying. The existing toy had white LEDs in his feet and a single colour battery operated LED in his lightsaber. It'd do as a starting point. This is where we want to end up... 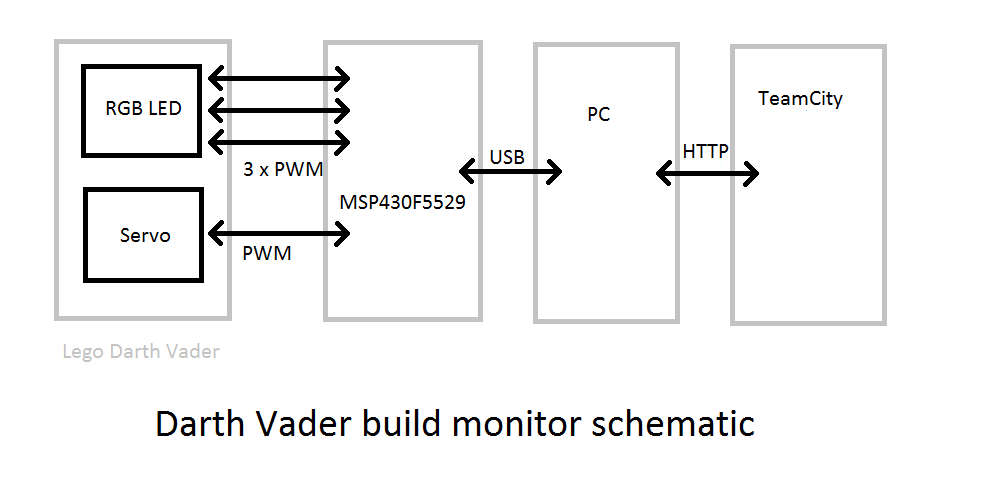 Just stumbled over this while looking for projects to add to the list and wanted to say: nice project :)

My entry for the sci-fi hack contest
Project Owner Contributor