While I *adore* netbooks (reading Lewin Day's recent article on the subject -- https://hackaday.com/2020/06/04/netbooks-the-form-factor-time-forgot/ -- was a bit like listening to a love song), not the least because my father gave me an ASUS 1000HE the day I graduated college, and that was my main box for an atrociously long time...

...the dang things do have a way of showing their age. This one is an HP Mini 5102 running Win7 *solely* because I have a very few applications that genuinely require it, and it runs like a sloth riding a particularly pokey slug. Hooray for 2gb RAM and an Atom N450... or, rather, for Windows' absolutely INCREDIBLE propensity for making a perfectly decent and reasonable machine into something only really practical for filling a spare space on a shelf.

Why am I not using Steampunkish Too? Because the install of Feren OS absolutely CRATERED within three days! Lovely thing, I've always had Ubuntu's network manager act doofy around me; every few weeks, something goofs with its wireless profiles and I have to delete them and re-make them because they stop working otherwise -- it will connect but not pipe data. No idea. That said, this is the first Linux I've had where the programmer managed to make it so that screwing up the network profiles rendered the entire networking system ENTIRELY UNUSABLE UNLESS AND UNTIL ONE REINSTALLS THE ENTIRE FREAKING OS NO THANKS FOLKS I'M LIKE NOPE NOPE NOPE NOPE NOPE I CAN'T HEAR YOU OVER ALL THE NOPE IN THE ROOM or in the words of South Park (which I neither watch, nor condone, nor endorse) -- "Screw you guys, I"m going home."

The *next* problem, of course, is that like everything else I compute with, the NUC box underneath all that steaminess has a delightful combo of a 32bit UEFI bootstrapping a 64bit everyFREAKINGthing else... which means that nearly anything other than VERY SPECIFIC Ubuntu-variant installers (such as Mint's) install right up to the point where they're supposed to plunk down GRUB2 and that's when, even *with* the BOOTIA32.EFI file in its proper place so that the ISO will boot and run -- which the installer is SUPPOSED to be able to detect and copy so that this doesn't actually happen -- instead of actually doing that (copying the BOOTIA32.EFI file and installing GRUB2), it *fails* to do the copy for some reason (dunno, I'm not a programmer) and so the GRUB2 install fails hard and the installer crashes like it's that one scene in a Blues Brothers movie... you know the one ;) OF COURSE the brilliant folks over at Canonical think that the bootloader somehow shouldn't be the absolute last thing you do in installing an OS (lolwuuut) so even if you do a manual GRUB2 install later, you're still stuck with a box that won't boot, go figure >_<

So, between that and a hundred other things and an absolutely MASSIVE heap of IRL drama-fest -- I mean my life occupation is generally drama-queen catherding etc on the level of "I'm a career professional drama llama shepherd with 10+ years experience, I should be making waaay more than this, somebody get me a resume generator" but this is just WTF-level "I'm being buried in s***!"ness material.

[Tumblr Snowflake types, people too young to be here in the first place, and others who are far too easily offended or those for whom advancing their resident knowledge of less-than-polite vocabulary might upset someone else (presumably, thus, someone falling into one of the other categories I just mentioned) -- please scroll past the image without reading the text that's in it; I promise you won't miss much :) 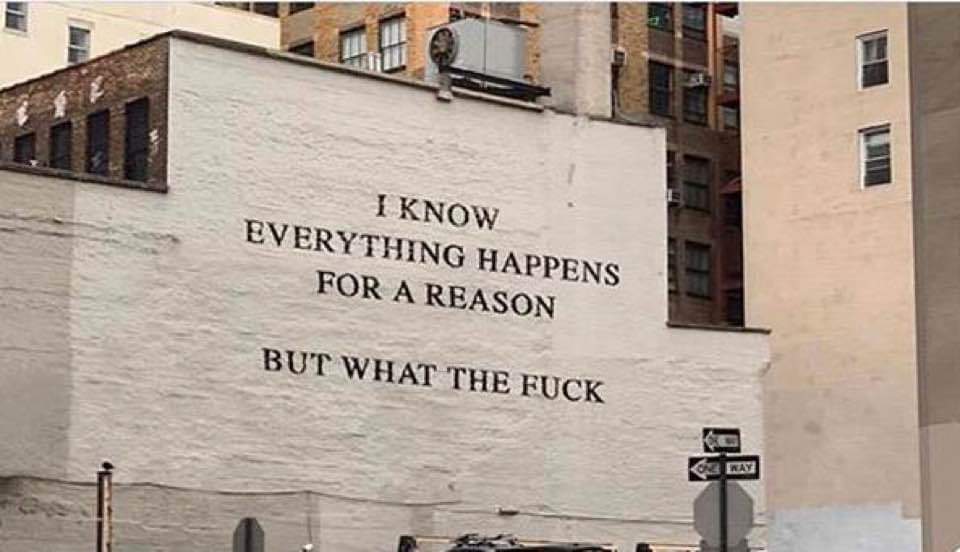 Yeah well that's pretty much what my life is like right now. [The following short remark is meant extraordinarily sarcastically...] "Hashtag-accurate."

...all that to explain why I'm about to say the following...

SETEC Astronomy is on ice, and withdrawn from the "Making Tech at Home" contest, both effective immediately. I don't have the time or interest to play around with this right now, when what I really need to focus on is throwing together a main system that doesn't SUCK like a Dyson vacuum driven off a dual-turbo small block Chevy with nitrous ;) and it probably wouldn't have been as grand an idea or reveal as I'd wanted anyways.

So, for now, it's on the shelf, because IRL BS Demands ATTN Or GTFO.

The *good* news is that I'll be documenting the new-box build on here, hopefully starting tomorrow, and it *will* be in the Contest if I can do that -- and, hopefully, built fairly soon. It will also be reusing a lot of parts from this project ;) Tentative name for the new machine: "Scrappy 2.0".

See you 'round, Space Cowboys :D starhawk out... for now.

You ever think about building a tower PC? Those were the dayz! Yahknow, when power and mobility were no object... the only probz I recall with several generations of them were once a newish hard drive needed to be RMAed, and once I bought el-cheapo intel-based VGA/tv-tuner card that hated my VIA chipset. Other'n that, I pretty much bought the cheapest parts I could find new, and despite that they *just worked,* and literally for long enough I outgrew 'em and passed 'em down to other folk who used 'em for years after... 'course, things may be different now...

I have something of that sort in the pipes for way later ;) but I naturally tend towards portable systems... you might have noticed!