How to Construct a Mini USB Arduino

You'll learn how to construct a Mini USB Arduino.

You'll learn how to construct a Mini USB Arduino.

According to information from the official Instagram of the Arduino company, there are approximately 30 million active users of the platform. All of them are spread all over the world.

With this large number, we realize how much the platform has great influence and use by many people.

One of the factors driving the platform's rapid growth is why it is open-source and open-hardware, meaning anyone can create their own Arduino.

Thus, with a wide variety of boards in the world market, Arduino has become popular and continues to reach more and more people daily.

With this possibility of creating new cards, we present the Mini USB Arduino. It is a small Arduino, which was developed using an ATtiny85 chip.

For this project you'll need:

In this article, we will release the downloadable files and leave them in our PCBWay repository.

The Arduino Mini USB is designed to be a small, compact-size Arduino using the ATtiny85 microcontroller as shown in Figure 1. 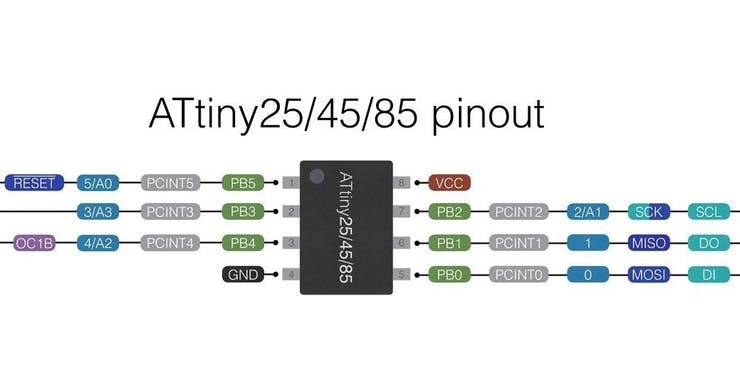 Its purpose is to make programming easier, avoid the use of recording cable, and be small in size. applied to projects that require a small control circuit.

The ATtiny85 microcontroller can be programmed directly through the computer's USB. Hereby we place a USB connector directly on the printed circuit board.

This will make recording easier and will prevent users from using cables. In Figure 2 we present the Arduino Mini USB PCB. 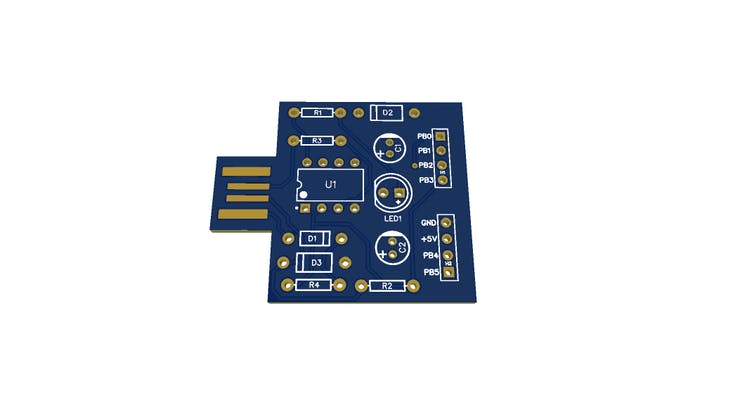 As is possible to see in Figure 2, the board was developed with as mall size and with the connector in your own structure.

Now, you'll present the electronic schematic and offer the project files of the board.

In Figure 3 is presented the electronic schematic of the Mini USB Arduino. As is possible to see, the project has a USB connector to flash the ATtiny85 microcontroller. 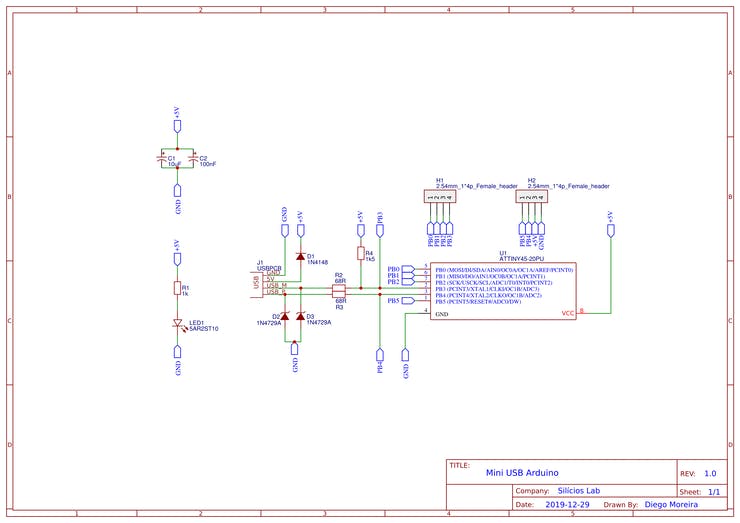 Figure 3 - Electronic Schematic of the Printed Circuit Board.

In addition, it has LED to signalize the power on the circuit and connector to connect external circuits.

After the electronic schematic, was designed the project of the Mini USB Arduino. The result is shown in Figure 4. 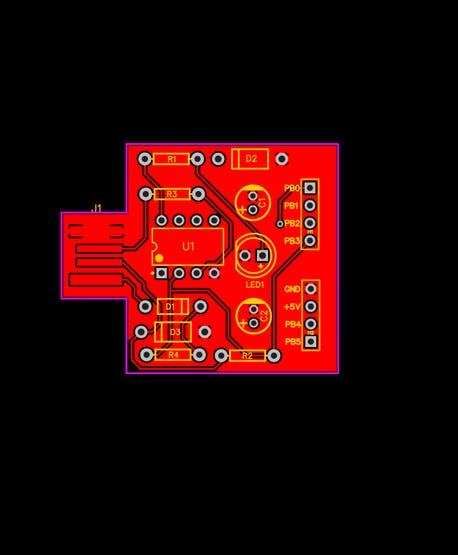 The Arduino Mini USB Board is designed to be easily assembled and has all PTH-shaped electronic components, ie, through these components, there is greater ease of welding on the board.

In addition, the PCB already has a USB connector, which can be plugged directly into the computer's USB and write code without the need to use recording cables.

Finally, we present the result of the developed circuit board in Figure 5.

Now, case you need obtain your own PCB Mini USB Arduino, you can access the following link and obtain the project files in PCBWay repository.

The Silícios Lab thanks to the PCBWay for the support and you for reading all articles.

Thanks too UTSOURCE to offer the electronic components to construct the project.

Reminds me of a digispark!

A Small Board with 2kb USB Micronucleus Bootloader Based on Attiny85 with USB Slot.
Project Owner Contributor