Keyboard rabbit holes go deep but at least they can be customised.

[WIP] Keyboard based on Ergodox. But wireless?

I'm only a couple of days into initiation in the world of keyboards. At first you grab a design you want to either copy or develop your own from. But then you read further and you find all the people who don't like that design. Of course, human machine interfaces are going to be about as standard as humans, so some disagreement on the optimal physical layout is to be expected.

Because I am spinning my own PCB for this keyboard, I get to move the layout away from the standard ErgoDox. My suspicions were aroused that I might want to seriously look into this when @kristina panos mentioned that she found the space bar easy to miss on her standard ErgoDox PCB. Some of that is down to muscle memory from her previous keyboard, no doubt, but it did seem strange that one of the most used keys should be so illogically placed for a seasoned keyboard user. She's not the only one.

Lo and behold, there exists a wide variety of opinion in ErgoDox-related threads specifically on the location of the "thumb cluster" of keys that the spacebar resides in. So, I decided to take the existing layout, print it at 1:1 scale and see where my fingers and thumb naturally fall. 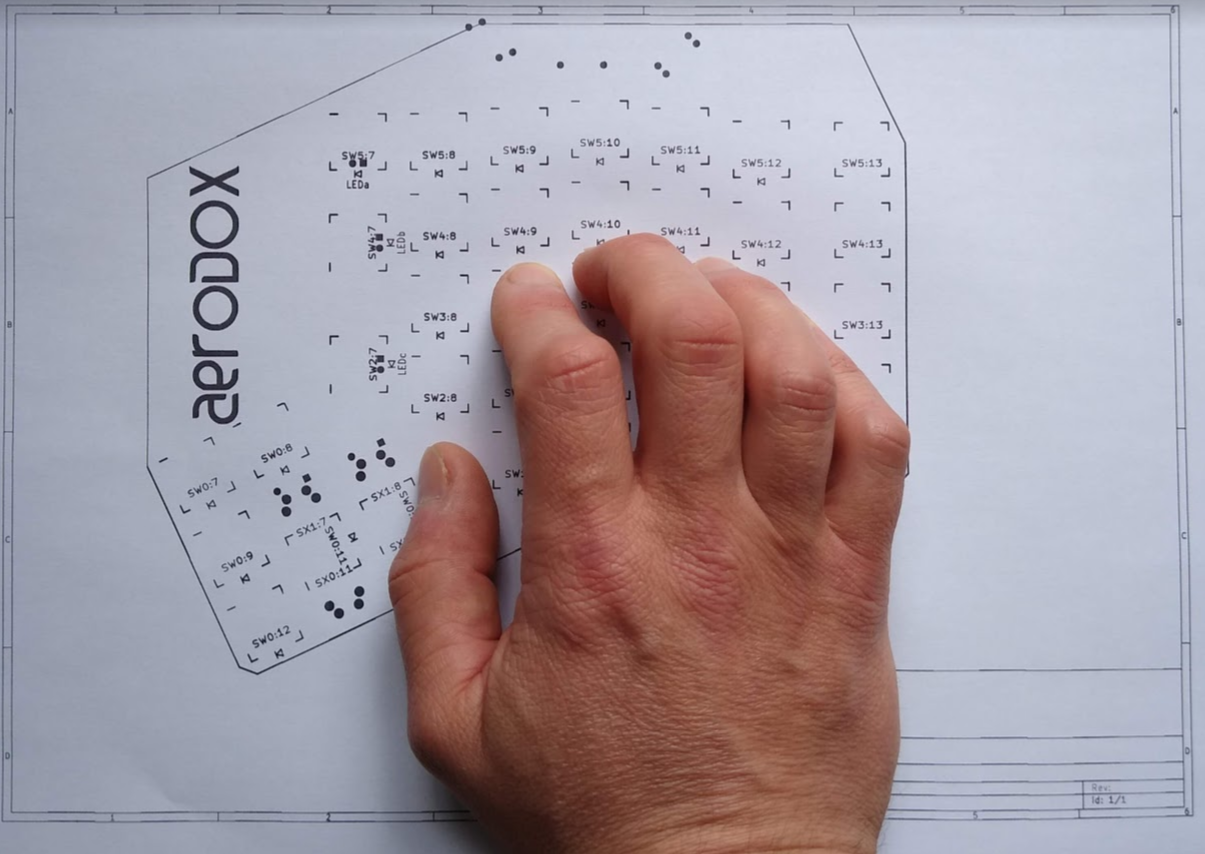 With my fingers on the home keys, it does seem like the cluster is quite far over to the left and I had to strain the thumb to get it all the way over to the three 1Us on the left. I realise this isn't very realistic and that many hours of testing and optimising have probably gone into the ErgoDox physical layout, so it would be quite a leap for a first-time mechanical keyboard user, let alone designer, to depart from the original. Here's what I'm thinking of. 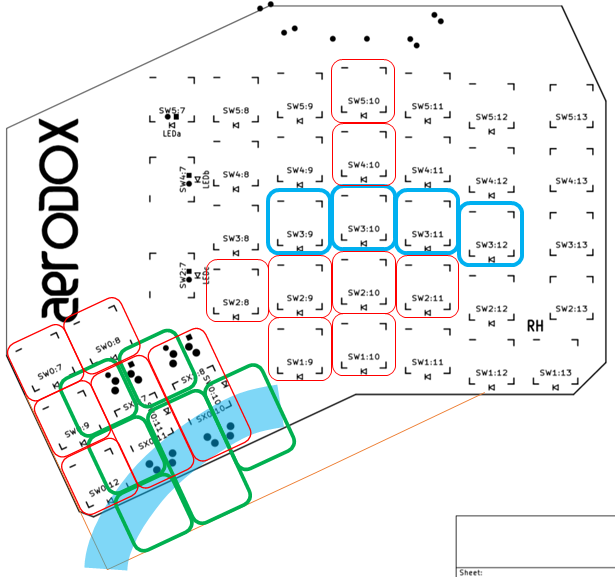 The red key outlines are the original ErgoDox key locations; they're not all populated in the diagram, obviously. Blue outlines are the home keys (as far as I can tell). The light blue, semi-transparent arc is where I think my thumb naturally sweeps when fingers are on the home keys (referenced to the middle of my distal phalange). The green outline keys are where I'm considering moving my thumb cluster to. The fine orange line is an indicative new board edge.

Some people have said that the Keyboardio has a better thumb cluster layout, which does seem to map quite well to the  thumb sweep above, but perhaps doesn't provide large enough buttons.

Do any experienced keyboard users have any sage advice about the folly of an idea to move the thumb cluster like this?