A revolutionary wearable technology that combines the power of sensors, AR and data analysis to ensure that menopause isn`t a pause

Cool things made by cool people

Menopause, also known as the climacteric, is the time in most women's lives when menstrual periods stop permanently, and they are no longer able to bear children. Menopause typically occurs between 45 and 55 years of age. Medical professionals often define menopause as having occurred when a woman has not had any menstrual bleeding for a year. It may also be defined by a natural decline in reproductive hormone production by the ovaries when a woman reaches her 40s or 50s.
Recent studies show that many of the symptoms are undetected as menopausal symptoms and a majority of women are unwilling to disclose their symptoms even to personal physicians and this makes the situation worse.

Some of the symptoms are-

Night sweats
Hot Flashes
Osteoporosis
Incontinence
Mood Swings
and many more...
MenoPlay is a revolutionary wearable technology that combines the power of sensors, Augmented Reality(AR) and data analysis to ensure that menopause isn`t a pause. Read on to find out ho

- Able to treat many symptoms

Most of the products currently available are-

MenoPLAY tries to overcome all this by targeting many symptoms like hot flashes, osteoporosis, mood swings, incontinence, sexual discomfort, skipped periods and hormonal imbalance. It logs important biophysical parameters to implement augmented reality techniques to deliver valuable, anonymous and timely advice to the user. The user`s progress is monitored and important notifications are issued in pseudo-scientific manner through a connected mobile application and cloud facility.

Such modules would be placed at the extremities of the body in the form of rings to be worn on the fingers and the toes. One module attaches or clips to the inside of the user`s collar and one in the pelvic region. Please hold on!! I will explain the role of each part and the modules` placement. The extremities were specifically chosen as research shows that these are the regions that are most sensitive to temperature changes. From a more mechanical point of view, the movements at the extremities can be used to correctly estimate body posture and movement. 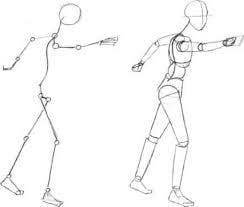 The accelerometer from all the modules would help create an AR model to calculate all movements in a particular time interval. At the end of the day, all the data would be analysed using DL models to estimate the number of calories burnt and the amount of exercise that is required for optimal hormonal balance. The app then recommends the user, the type of exercises based on data collected during the day. For example, if the user travelled a lot during the day the number of leg exercises would be reduced. This is just an example. More can be found in the attachments. 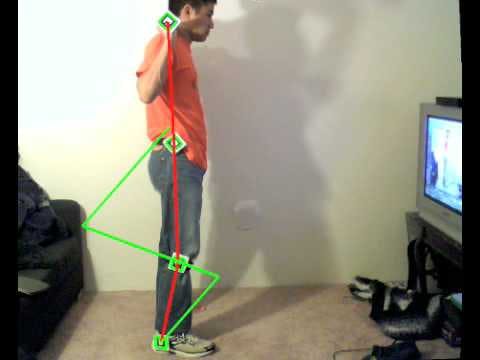 During exercise, again the hand and leg movements would be tracked and compared against physical limits set by an ideal virtual model doing the same exercise telling the user how to correct her movements for optimum benefits from the exercise. This takes augmented reality to the next level. Instead of other health apps that simply keep a count of the number of steps or rely on the user`s integrity to complete a particular exercise perfectly, this is a no-nonsense approach making exercise more effective than ever. Exercise, as research claims heals symptoms in 60-80% of women. It helps reduce osteoporosis, mood swings, skipped periods and hormonal imbalance. Huh!! So all you have done is made a better exercise app, making it more realistic, but why would people pay for it. Believe me, they will!!! Just hang on.

The only problems we have to tackle now are incontinence, sexual discomfort and hot flashes. Most of the solutions in the market target these and they are complicated devices which are really costly. Let's take on them one by one. The module/s in the lower back region would monitor vibrations in the region during periods or during urination. As research proves, during urination muscles at specific locations vibrate at certain frequencies with the flow of urine. An analysis of this pattern can give insights about potential issues in the system. Research also states that Kegel exercises to train the urinary system can dramatically improve incontinence for the better. The app guides the user through the exercises and helps one see one`s progress. Following on...

This is amazing!!! Have you commercialised it yet!! It can take the market by storm