A project log for Extension card for TDS3000 scopes

I had the connectors, but what to do with connectors. Last time I checked, they are used to connect things together...

For the next steps I needed to extract the bus connector outside the scope to play with it.

So let's do a testing board as my very first PCB. Seemed easy to learn the routing process as there was a lot of tutorials and resources.

EasyEDA was a good candidate to start with. I had one problem to solve that got on my nerves : the connector was unknown in the library. I had to import it myself from mouser or other. It was a pain as am a Linux guy and whatever i found used Windows to do so. Wine wasn't a big help. I had to create a Window 10 VM just to import one connector inside EasyEDA. But in the end i had the connector in the EasyEDA shared libs.

Many iteration of the board later, many hours of learning by trial and errors, many hours of looking resources about making a good digital board, i had a board to convert the 100 pins connector to 10 x HE10 headers plus prototyping space and exposed signal traces to solder on if required. 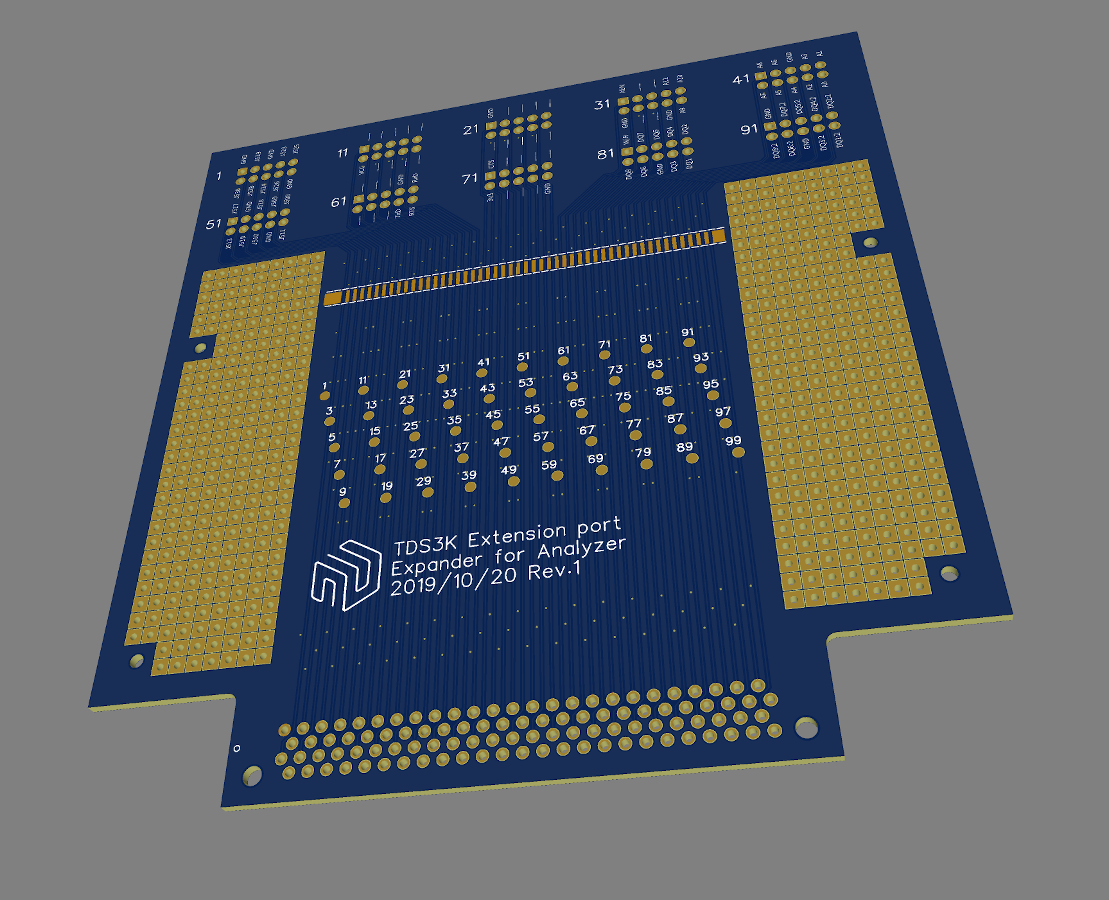 3 week later, some soldering, and it was now the time to get on the scope screen what was going on inside himself.
But first, I had to test the serial port again :)