When looking at the ghost nets moved onshore in photos, there’s something that keeps coming to my mind: These structures are really good at folding.

This observation spurred a thought: What if nets could fold in the water?

I wanted to run an experiment to see what would happen. Using Processing and traer.physics (Github), I modified the basic cloth example to see what happens when folding vertically.

Each node is attached to the other with a spring. The spring does not compress or extend very much, but is still movable across nodes — mimicking what we would see as a net’s behaviour. The arbitrary environment values for this simulation are:

Every other node on the top is fixed, same as the bottom with the sequence offset. This is similar to a gillnet setup with buoys and anchors.

We can see the change in surface area:

It should probably be mentioned that the purpose of the experiment was to learn quickly. Meaning, the code for this was rather bruteforce - as in entering the exact numbers for the indices and without for loops. 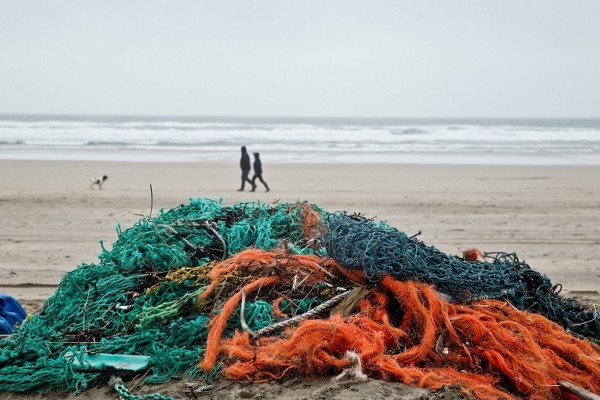 The nets in question include gillnets and trawler nets. When gear is lost, it becomes ghost gear. Eventually the gear will float to the surface or sink. When sinking, it can land on habitats on the seafloor. When floating, migrating marine species can become entangled.

When gear becomes lost, knowing the location of the gear and preventing the gear from harming wildlife is key. The time between location and retrieval could be long, depending on the distance the gear traveled, weather conditions, and the fisher’s scheduling. During this time, what else could be done? What about folding? Folding would reduce surface area — which has benefits for either float or sink scenario.

How could it work? Maybe there could be robotic ‘starfish’ attached to the nets. These robots would be soft robots - operating by changing pressure moving to and from different areas. Each appendage could bend like a finger. As it is attached to the net, the net would fold it together. More about this idea in a future project log. 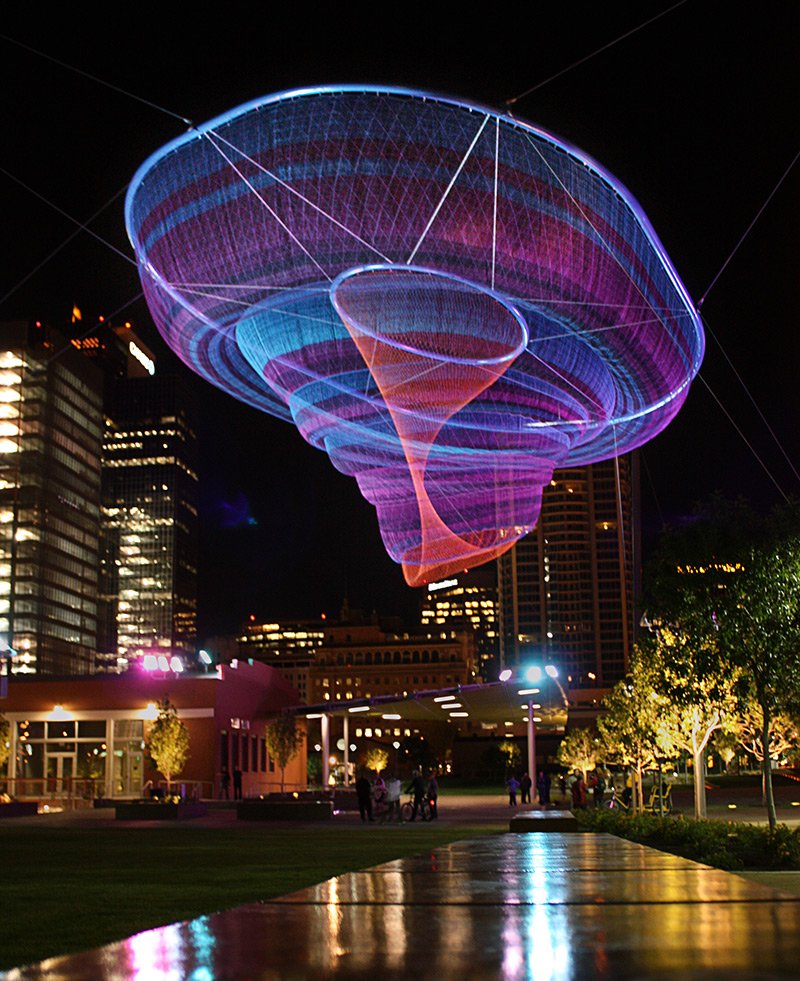 As I was thinking about this, I remembered the suspended net artwork in Janet Echelman’s TED talk. They were able to make nets into visually compelling forms, sometimes with the help of external tension wires.

The fixed nodes, representing anchors and buoys, pose a difficulty when considering the implementation of such an approach. Would folding have to wait until the net is freed from the anchors to be effective? Could anchors be dynamic — perhaps using a buoyancy engine?

What if we could make ghost nets fold up automatically into something smaller? If it’s cost effective, would it be helpful? Additional fisher interviews could help to answer this question. As for next steps, conceptualization of the soft robotic ‘starfish’ will help to understand the possible magnitude of cost. Another cloth simulation with more nodes and folding in the interior of the net will be helpful to consider the folding idea further.