There is a possible failure that could occur with the delrin pieces of the sleeve bearing. On landing, these pieces deformed quite a bit: 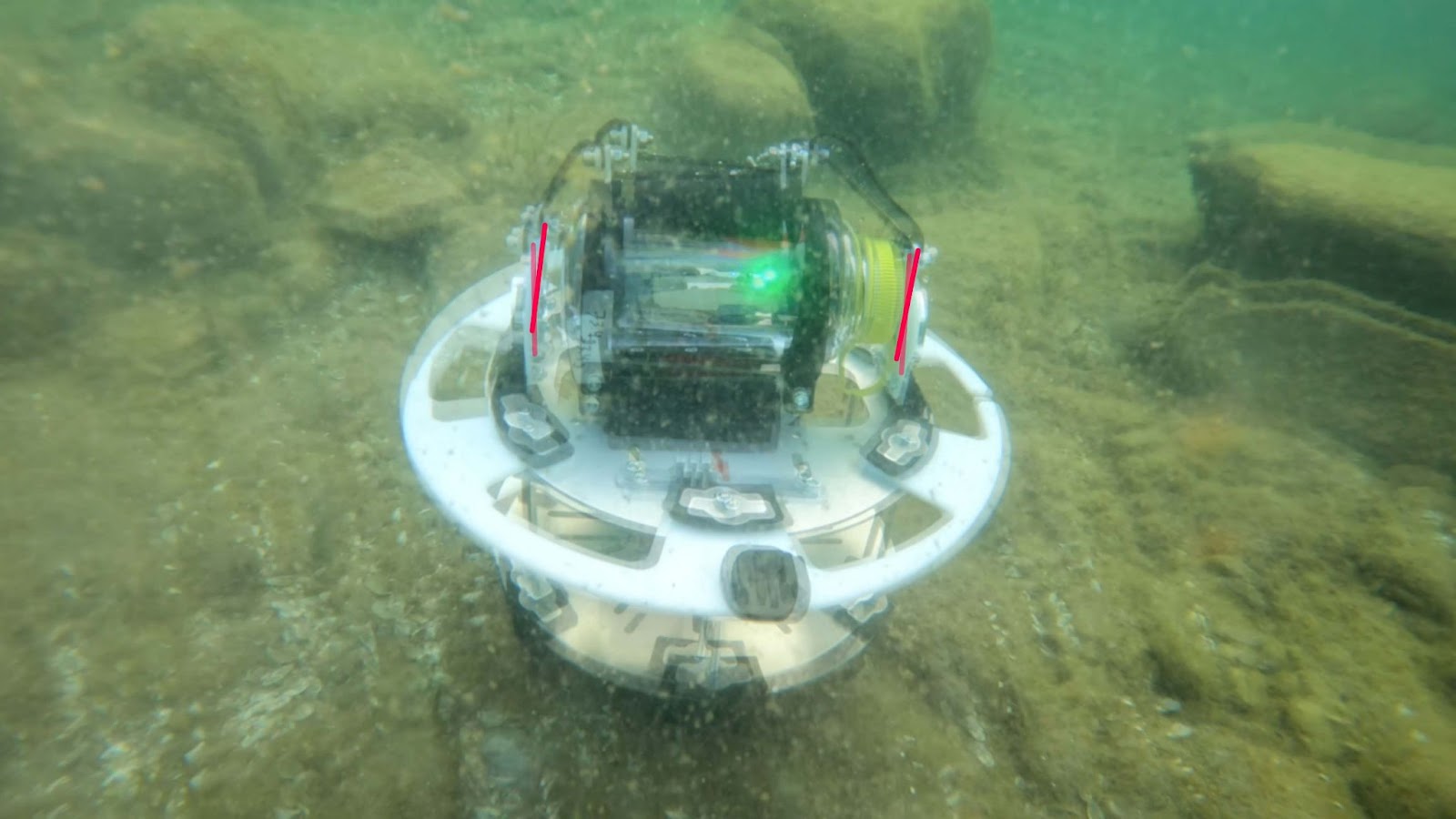 Based on the observation above of the delrin deforming, knowing the force of the landing could better inform the parameters for simulation. To calculate this, the velocity of the descent needs to be determined.

Observations from the descent of the robot can approximate the descent velocity in the water. A clip of the descent where the camera was somewhat stationary was chosen.

Between these two frames that are 2 seconds apart, we can see that the distance of travel is approximately 1 stand-piece-height. Each stand piece is 47.70 mm. 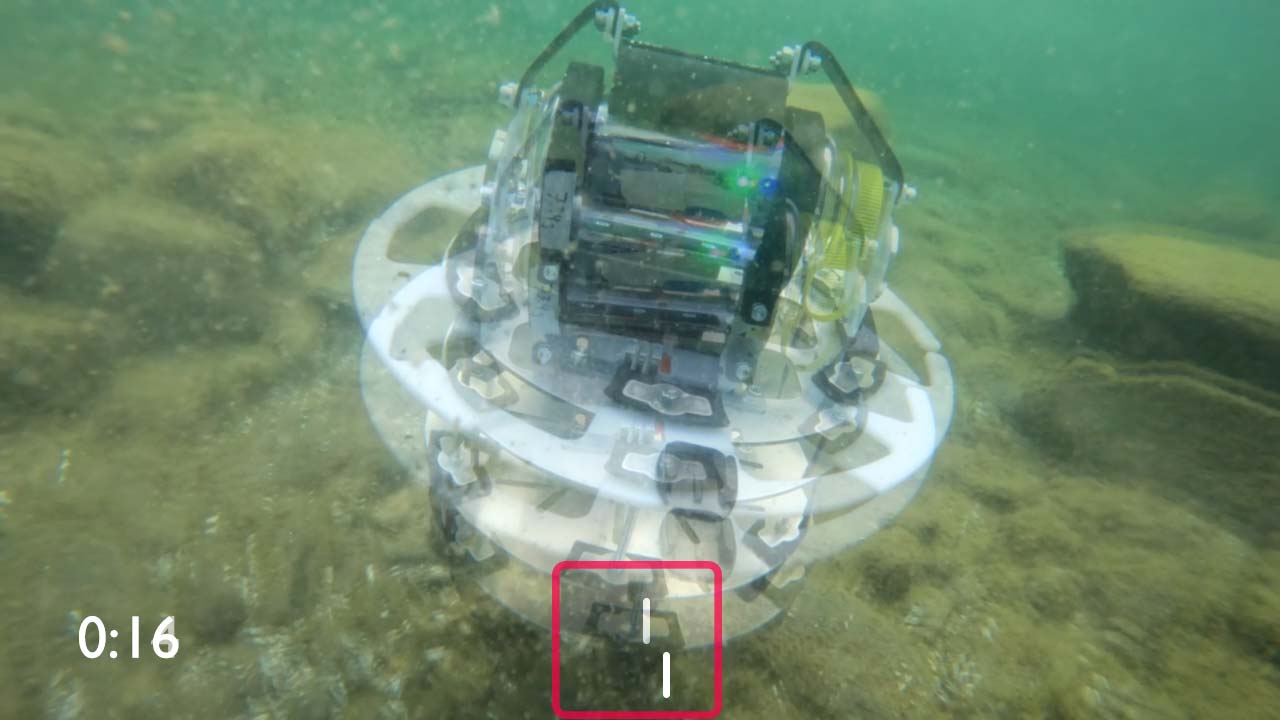 When landing the robot immediately stops to 0 m/s. For “immediately”, this will be approximated as 0.1 s.

It is important to notice that in the video there was a rock on the seafloor protruding higher than the others. This meant all of the force was on 1 of the 6 stands for landing. Usually, this force would be distributed over multiple stand pieces.

An attempt was made to simulate the force using a FEA simulation in Fusion 360 with the hope of determining the amount of displacement of the delrin pieces. However, this was not able to be completed in a timely manner due to additional configuration that would be needed on the simulation.

Although the ascent speed is not needed, it would be interesting to know while we’re at it.

Using the same process as above, two frames from a video where the camera is almost stationary were extracted:

Overlaying the two frames, using the height of the buoy, the distance can be calculated: 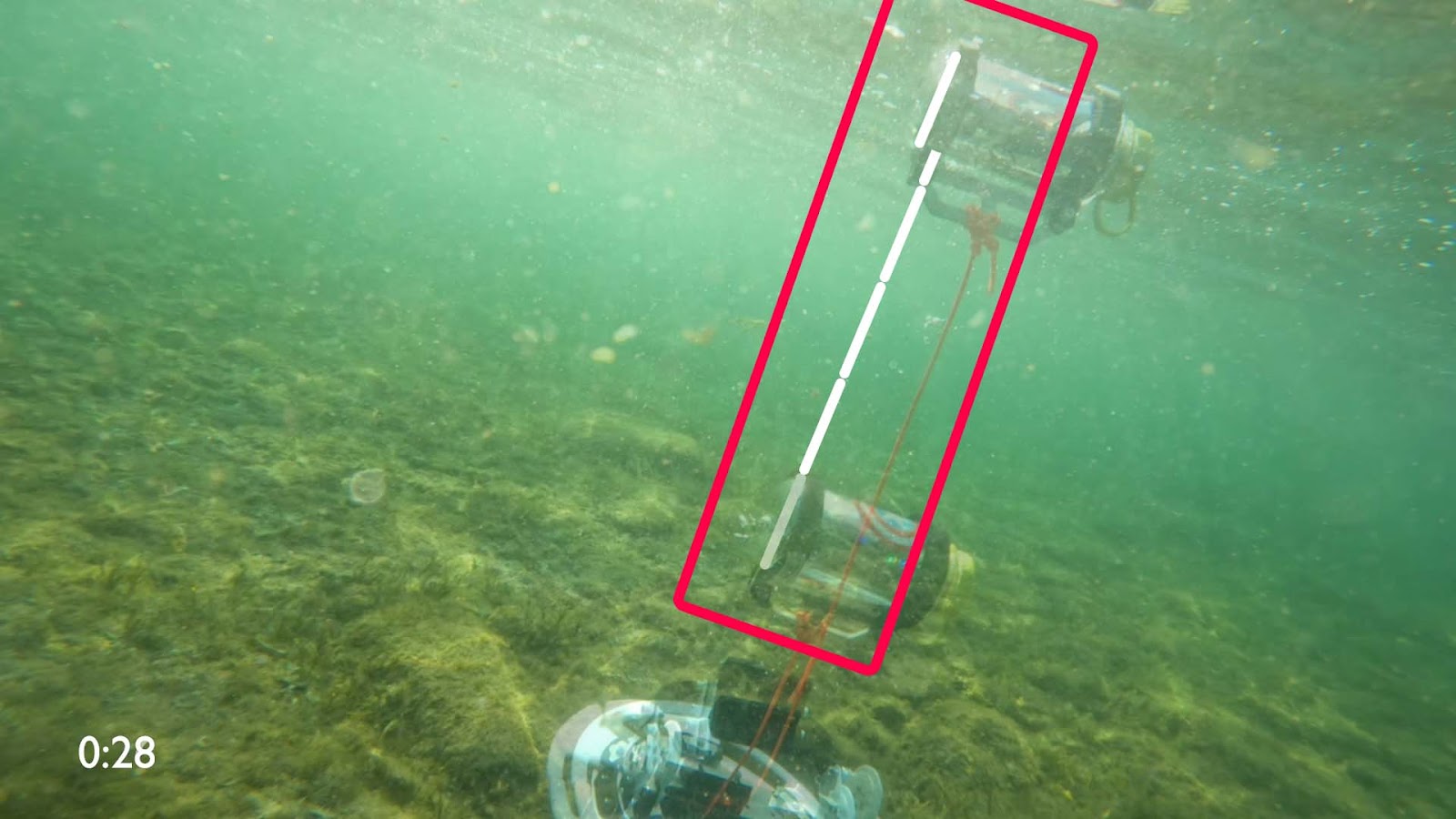 Tracking from the bottom point of the buoy enclosure, the distance travelled is 4.3 buoy-body-lengths. Each buoy body length (aka diameter) is 92.64 mm.

To address the main issue at hand here about the delrin piece, two improvements are recommended:

Apart from that, more testing is needed to see where other parts break!

EJA - Improvements in the Electronics Design