Photocoupler is also called opto-isolator is a semiconductor device that is used to transfer the electrical signal from one circuit to another circuit while keeping the circuits electrically isolated. Two main elements that are required for a Photocoupler are Light emitter and Light detector. Light emitter circuit is on the input side and it takes input signal and converts it into light signal. while the light detector, which usually represents the output side of the Photocoupler detects the light and translates the light again into electrical signals while maintaining the electrical isolation. Detector is generally a photo diode or a photo transistor.

PC457L is a high speed OPIC Photocoupler. OPIC is a registered trademark for “SHARP” which stands for Optical Integrated Circuit. IC has a light detection element and signal processing circuitry built on a single chip.

Pictorial view of utsource PC457L is given below, it is a available in 5 pin mini flat package and PC457L price can be found as well 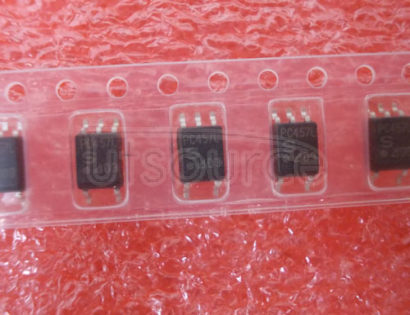 Pin diagram and pin description of IC PC457L is given below

Some Electrical characteristic of the device are given below

As mentioned earlier Photocoupler essentially consist of a photo emitting element and a photo detecting element. When an electrical signal is applied to the photo emitting element which is a light emitting diode in most cases, it begins to emit light which is proportional to the applied input signal. On the receiving side a photodetector which is a photodiode or phototransistor, receives the incoming light signal and translates the light signal into electrical signal while two circuits remain electrically isolated.

PC457L can be utilized in the following applications

Circuit diagram of optical isolator circuit using PC457L is shown below, circuit can transfer the information from transmitting side to receiver side while maintaining electrical isolation.

Circuit diagram of inverter using PC457L is shown below, control signal can be provided via Arduino or form any other control circuit

How is this a project?  More a datasheet and application note.  Inappropriate.

Using a light gun to interact with a video synthesizer and produce sound.
Project Owner Contributor

It comes in a three pin TO-92 through hole package.
Project Owner Contributor