The project describes how to control home appliances by easily sending data from the Android smartphone to Arduino.

In this project, we have described how we can easily control our home electronic appliances with the help of Arduino.

To start with smart home automation with a smartphone-controlled, we need to download the Bluetooth Terminal App and install it on the Android smartphone and then join it with the HC05 module. Just pair this as we generally paired two Bluetooth devices.

Now we can easily share data to the HC05 module through Android Phone. HC05 module is attached to Arduino Mega which will receive data that was sent by Terminal App via Smartphone. Here we have used LCD 16X2 to display the status (ON/OFF) of home appliances. The adapter is utilized to power the Arduino as well as the circuit. L293D IC is utilized to run two Relay which is directly attached to two Bulbs.

On each sending data by smartphone, Arduino verifies for the character sent and puts relevant pins high or low as per the Code. These pins handle the relays which in turn handle the home Appliances. 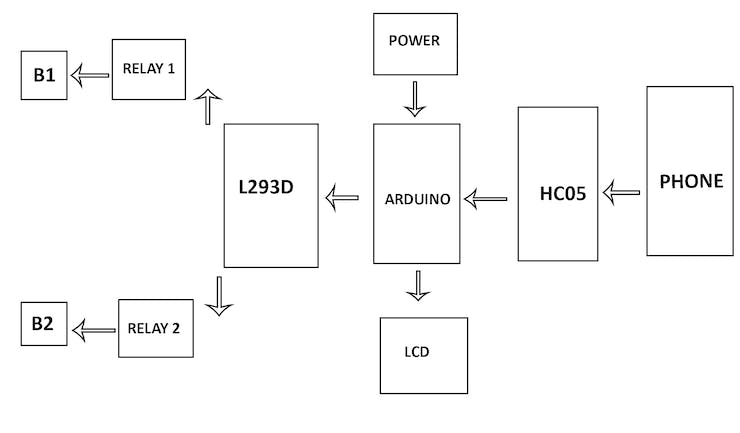 5.1k 12 9
Experience the power of the ESP32's Bluetooth Low Energy capabilities with Arduino IDE and build your own custom Android app to control it!
Project Owner Contributor

IoT Tesla Coil and Cooling Fan on the Localhost