Hardware Update - Prototyping the Base Unit

The first part we decided to start designing was the base unit. This part is responsible for providing the joystick movements as well as the MIDI knob (potentiometer) movements.

We decided to work on this first because we were still discussing how the harmonica unit would work. Besides, working on this part was one of our top priorities as this must function flawlessly and hold the harmonica unit steadily. I had an idea of how the joystick module and the potentiometer were going to function together, so I made a quick sketch before creating any models in CAD.

I began by creating simple test designs for the joystick handle part using Fusion 360. I had never 3D printed parts for a joystick before, so I wanted to make sure that I could design this component properly first. I took a picture of the joystick handle that came with the module and made measurements from there. I also added a ball joint and a cover to ensure that the joystick could still move freely.

Before moving on to designing the base unit, I also decided to test fit the joystick module and the joystick knob handle to find the appropriate measurements. It’s always difficult to find the right dimensions for the parts to fit together snuggly and this time was no different. Luckily for this test component, only two re-prints were needed.

Now that I had tested some of the detailed parts I was concerned with, I was confident that I could design the entire base unit. The first draft of the design took about two hours. For now, I decided to use small wood screws to hold the components together. I plan on considering using other methods for the assembly process later.

All of the components printed without any major issues, except one. The component I had trouble with was the joystick handle. This component was both difficult to design and fabricate. This component had to be designed so that wires from the circuit board inside the harmonica unit could pass through the component while providing the snug fit to the joystick module. In terms of fabrication, I first tried 3D printing the component with an FDM printer, but as you can see in the photo, the outer part was too thin. So, I tried printing this component with an SLA printer. It worked but I had to re-print three times and make additional adjustments. As you can also see, in the final version, wires could pass through without affecting the snug fit to the joystick module. 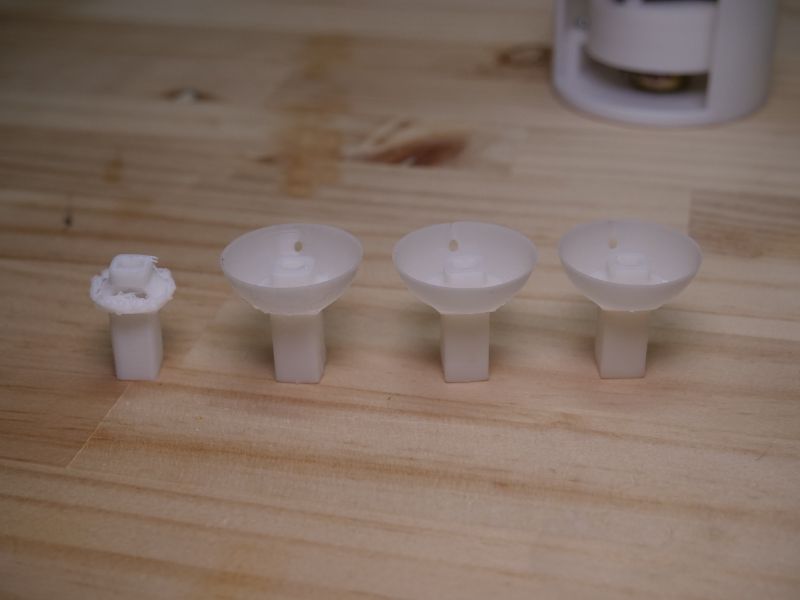 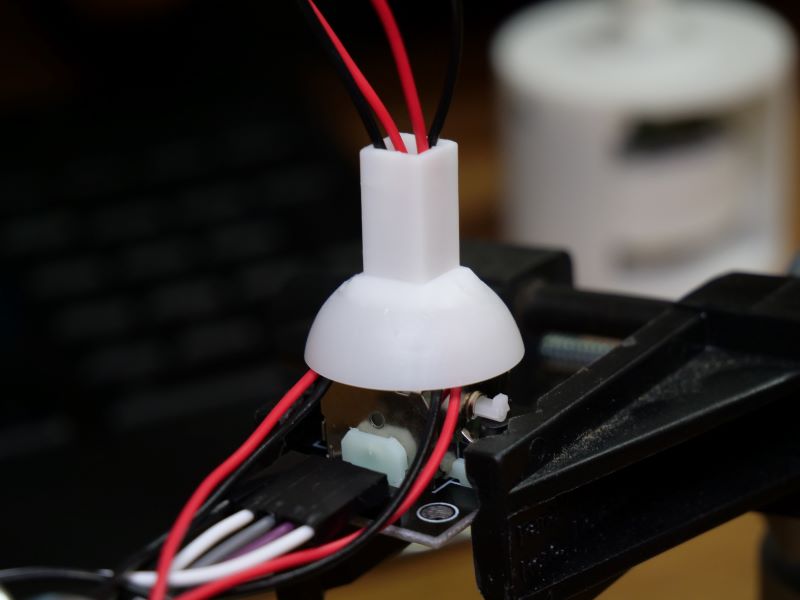 I also came across another issue. The rotary joint between the joystick module and the potentiometer wiggled significantly when the joystick was moved. I should have noticed this in CAD, but it’s always a challenge to think about how things are going to work in the real world versus what it looks like in CAD. 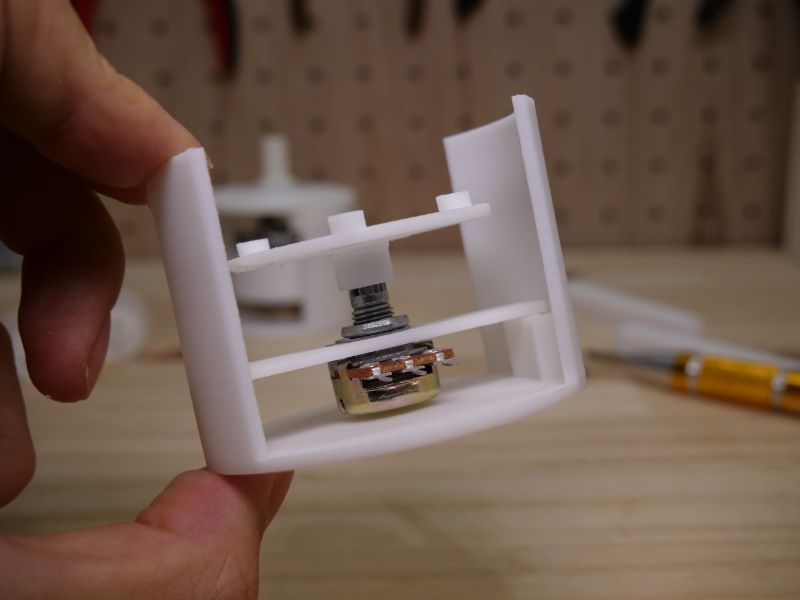 All there is left to do for the base unit is to add the enclosure for holding the electronics components that will be located in the base unit. The walls of the base unit still wiggles a little bit, but I hope to resolve this issue in the next prototyping stage. 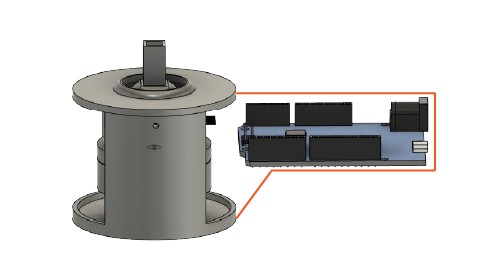