I always wanted to operate the machine in pulsed mode, to focus the heat on a small spot without spreading it to much in the powder, but I did not know how to do it until I recently figured it out. I saw a video by Electroboom (https://youtu.be//CkGVMWK10qU) in which he builds a taser from a car ignition coil and this circuit was exactly what I needed for a new arc power source. For controlling the pulses I'm using a MOSFET connected to a optical receiver controlled by a microcontroller instead of the continuous HF starter that I used before. By doing so it was also possible to simplify the design and to reduce the noise a bit. 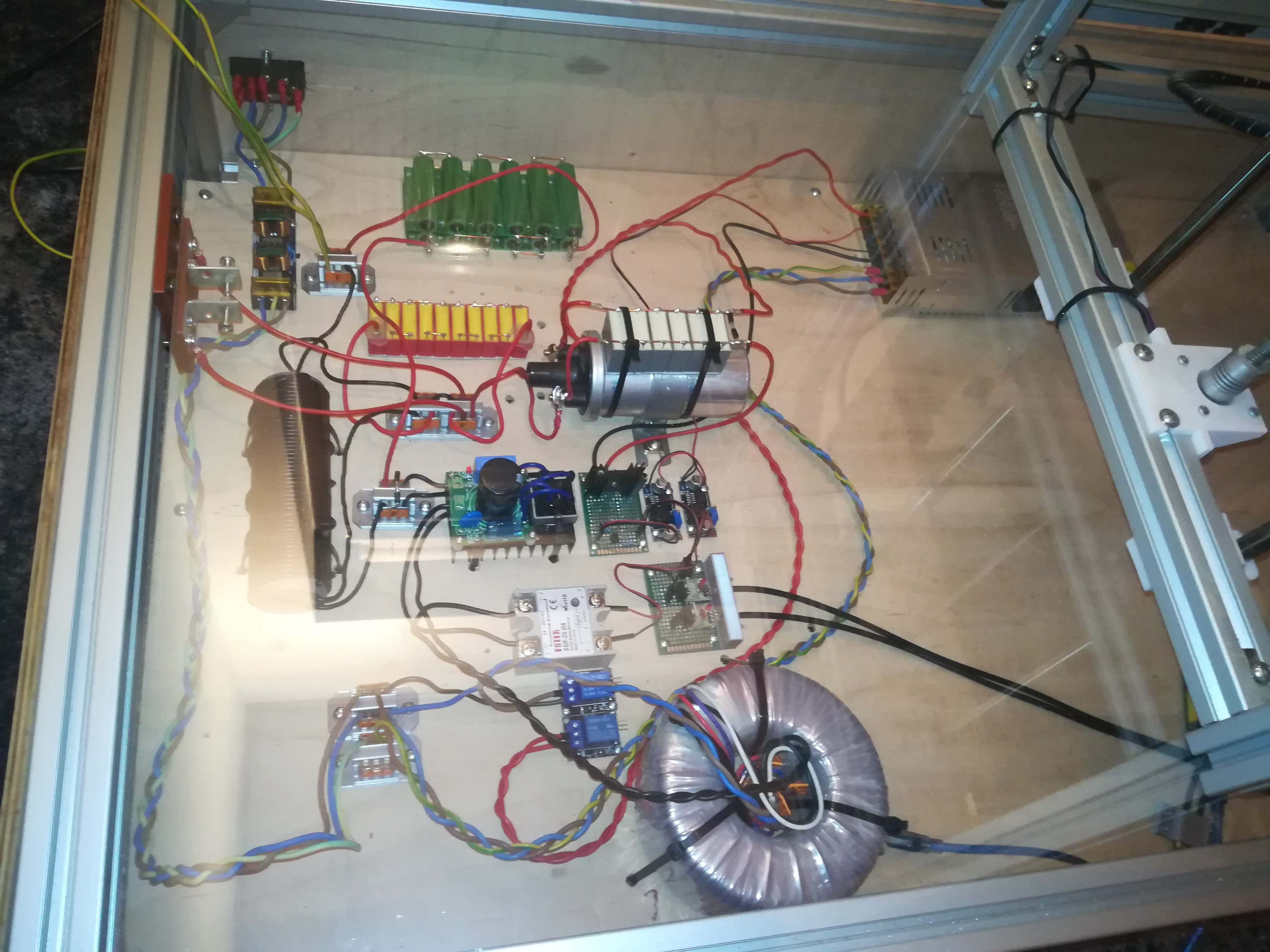 I tried out another transformer with a higher output voltage, because with 60VAC output/86VDC rectified I could not get a stable arc which would be needed for testing out longer exposure times.

I tried out more current and at this setting it seems to be enough for melting the powder - even with a very short pulse (not shown in the video). It maybe could also be used for engraving metal in pulsed mode to prevent heat deformation. So I think the next thing could be getting the stepper motors and printer controller to work for testing out melting pattern into the powder and drawing/engraving something on metal. If the current setting will turn out to be still to less powerful I could double power from 600W to 1200W with a more powerful transformer + power resistor combination. I also looked into using an inverter based power source, but I think that will make the machine to complicated to rebuild and so I will likely stay with the current transformer + resistor design. I think if adjustable current settings would be needed, I could add some power resistors for defining the upper current limit and add switchable resistors for further reducing the current if needed. But maybe changing the pulse time would be enough for heat regulation.