Build A Ring Light For Your Microscope or Camera

A DIY ring light for the Bausch & Lomb Stereozoom microscope.

The old Bausch and Lomb StereoZoom doesn't accommodate modern LED ring light without expensive adapters. The original lighting solutions used incandescent bulbs and lenses. They were big, bulky, hot and constantly in the way. So I decided to design a simple LED ring light that was small, cheap, and efficient. This concept could be adapted to different microscopes and other uses such as DSLRs or lighting panels.

I built two ring lights designs, a small 9v and a large 12v. They are powered by your garden variety wall wart with a current rating of 300ma to 500ma. Since everyone has a few wall warts kicking around this should help keep costs down and simplify the construction.

The power supply for both of the designs is a current limiting circuit using a LM317 voltage regulator. Light is provided by some 1w LED "beads". I harvested a couple dozen of them from some defective GU10 track light bulbs. If you don't have any LED "beads" on hand they are cheap and easy to get from eBay, AliExpress or some reputable source. 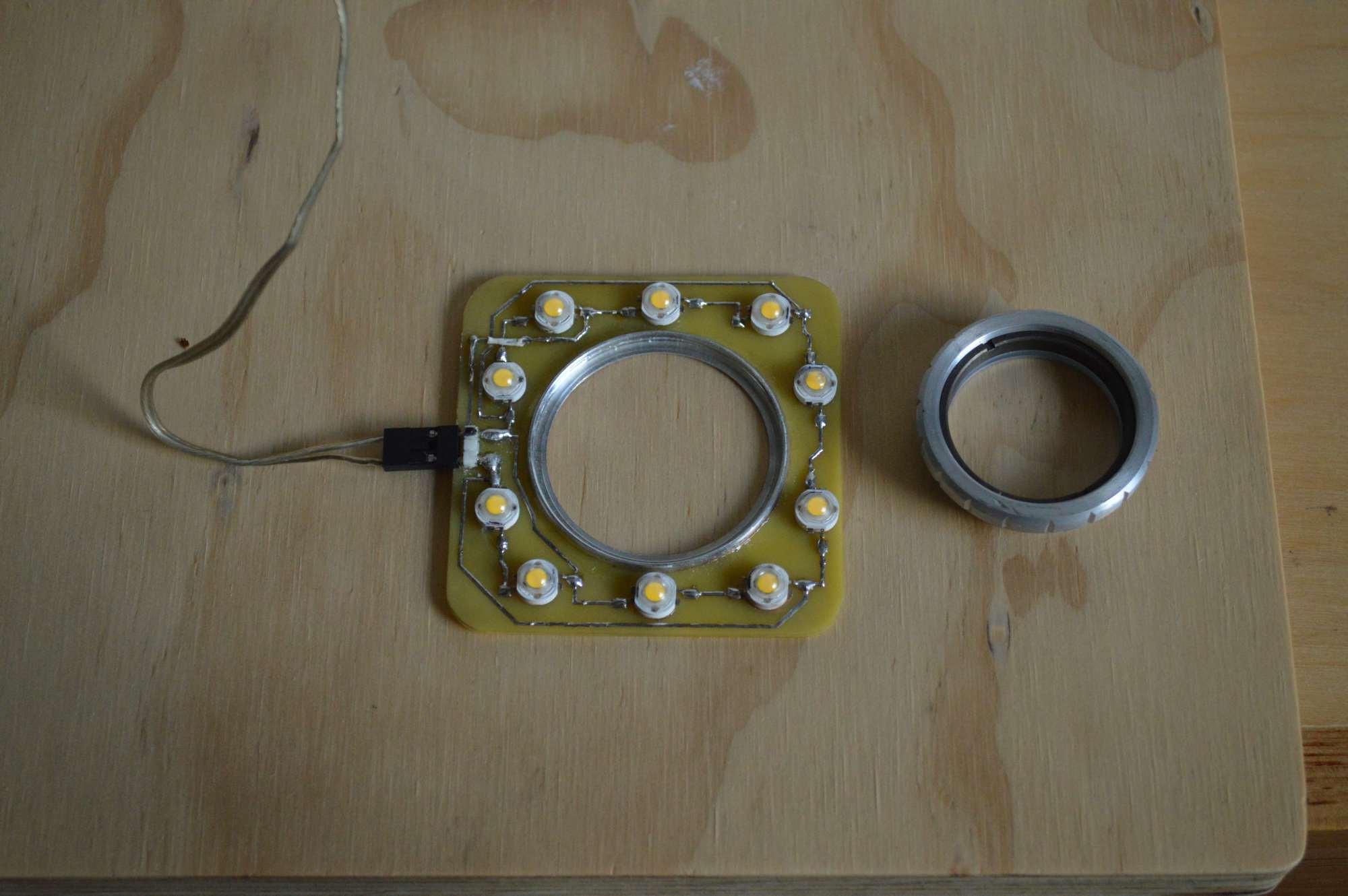 The current limiting power supply is mounted in the box along with a switch. 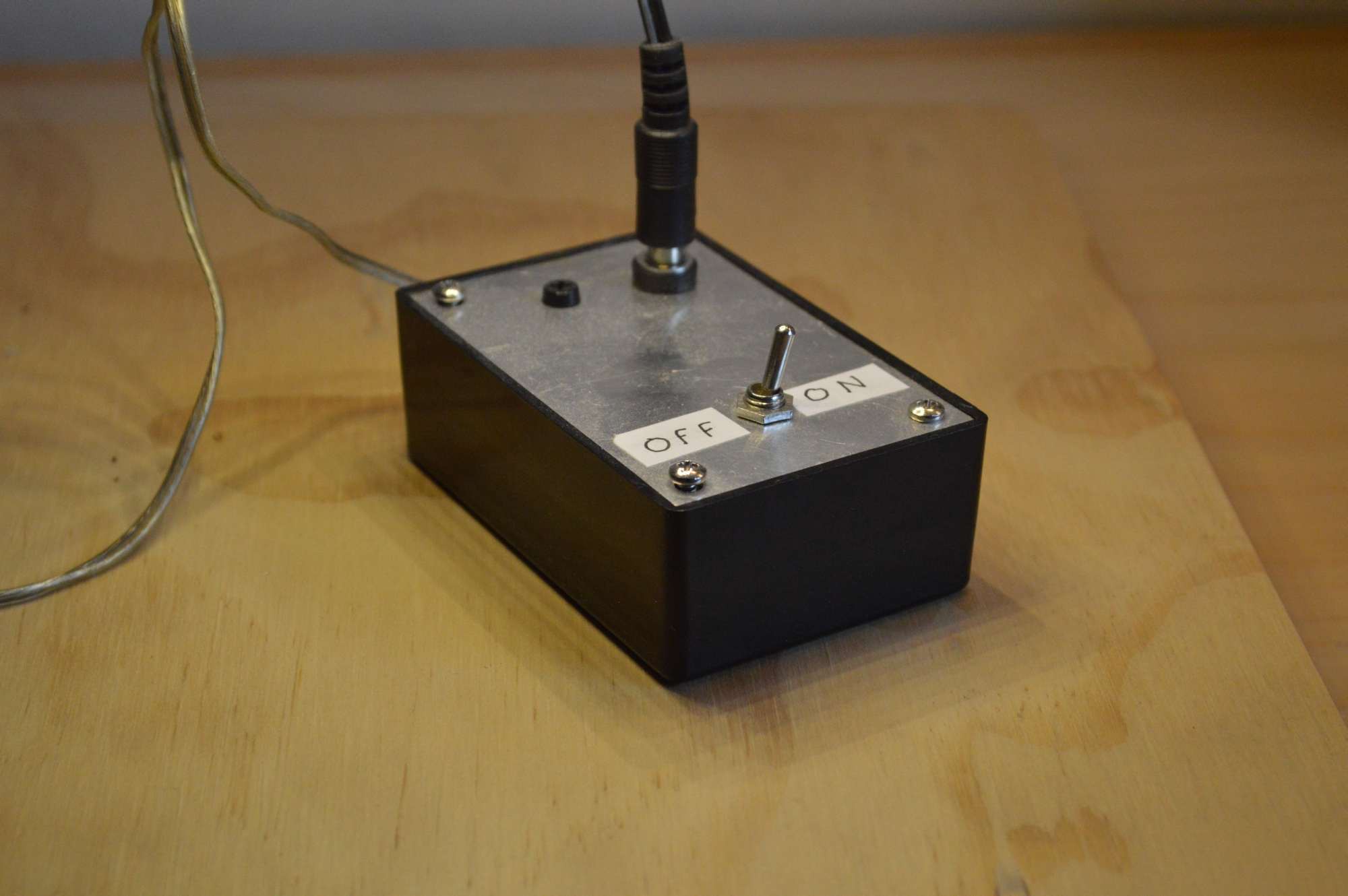 The components used in the power supply

Photo taken through the microscope. You can see the ring light reflected in the LEDs.

This is the power supply circuit for both ring lights.

The power supply is a simple Lm317 current regulator. R1 and R2 are chosen based on the current requirements for each ring light. The regulator limits the voltage drop across R1 and R2 to 1.25v. The values for R1 and R2 and corresponding current outputs are shown in the diagram above. Two identical 1/4 watt resistors are used in parallel except for the 320ma output version that requires 1/2 watt resistors. You don't have to use two resistors in parallel. You could use any number as long as the resistance and wattage are correct. A handy online current calculator for the Lm317 can be found here : http://www.reuk.co.uk/wordpress/electric-circuit/lm317-current-calculator/
This circuit is so simple I built it on perf board, so there is no PCB for the power supply.

The circuit diagrams for both ring lights PCBs.

The small ring light has 5 rows with two LEDs in series and operates on 9v. The large ring light has 4 rows with 3 LEDs in series are operates on 12v. Current is calculated at 50ma to 75ma per LED. Divide the maximum current output of the power supply by the number of rows of LEDs to determine the current per LED. Make sure the current output of your wall wart is sufficient for the job.

The current is intentionally kept well below the maximum for a 1w LEDs so they stay fairly cool and don't require any heat sinking. Even at this low current level the light output is substantial....